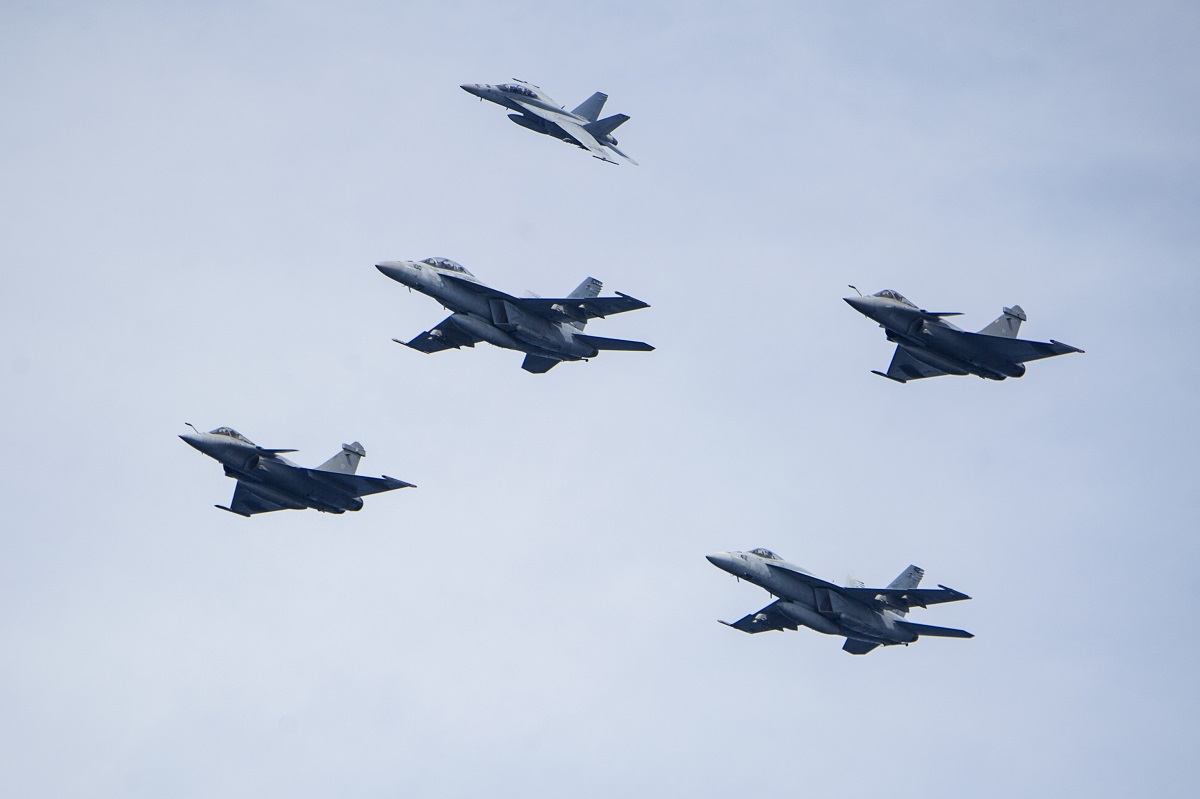 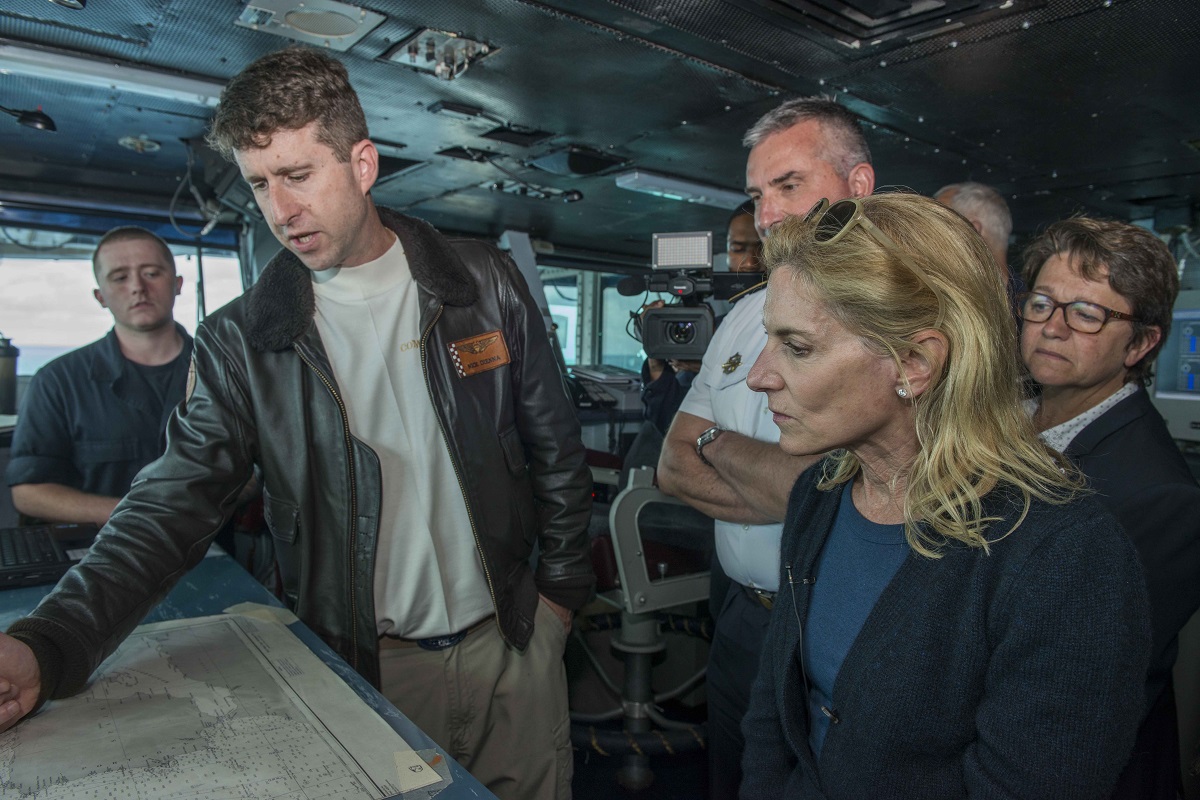 Truman's commanding officer, Capt. Nicholas Dienna, left, shows U.S. ambassador to the French Republic and Principality of Monaco Jamie McCourt the aircraft carrier's position on a chart on the bridge. (U.S. Navy)
3 of 5 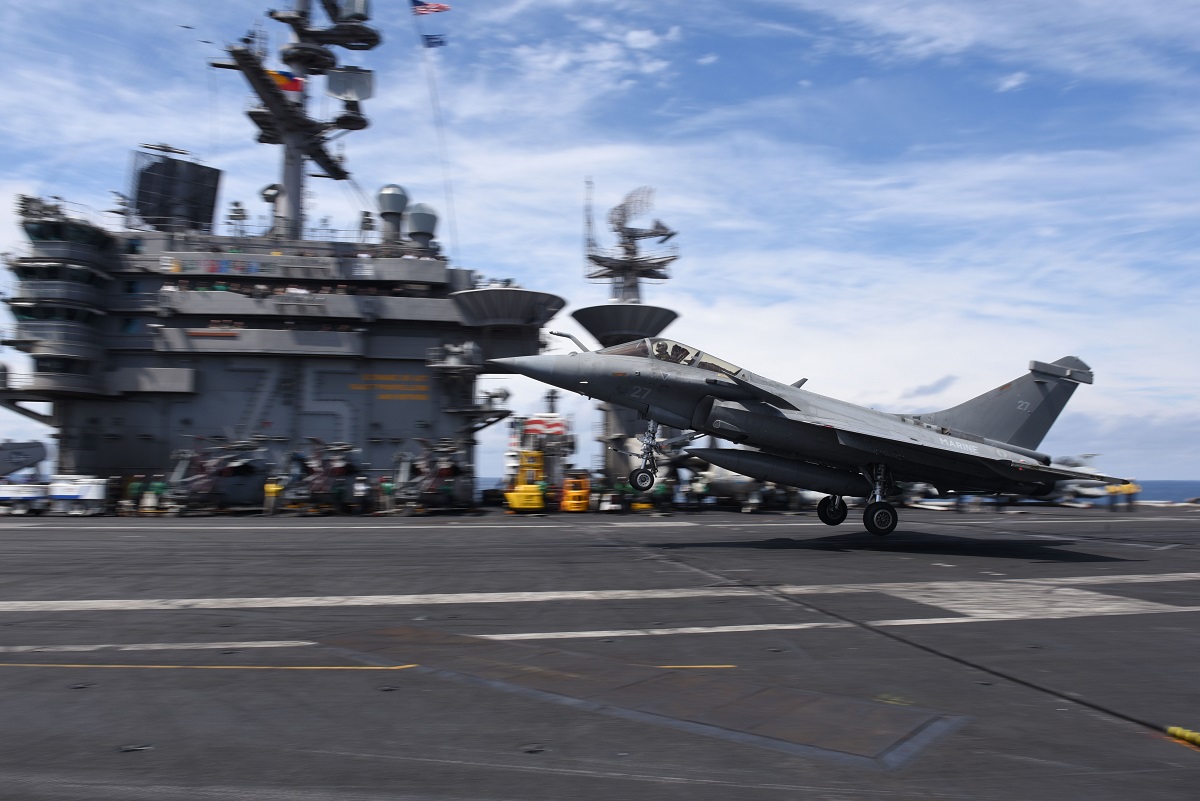 A French Dassault Rafale M fighter touches down on the flight deck aboard the Nimitz-class aircraft carrier Harry S. Truman. (U.S. Navy)
4 of 5 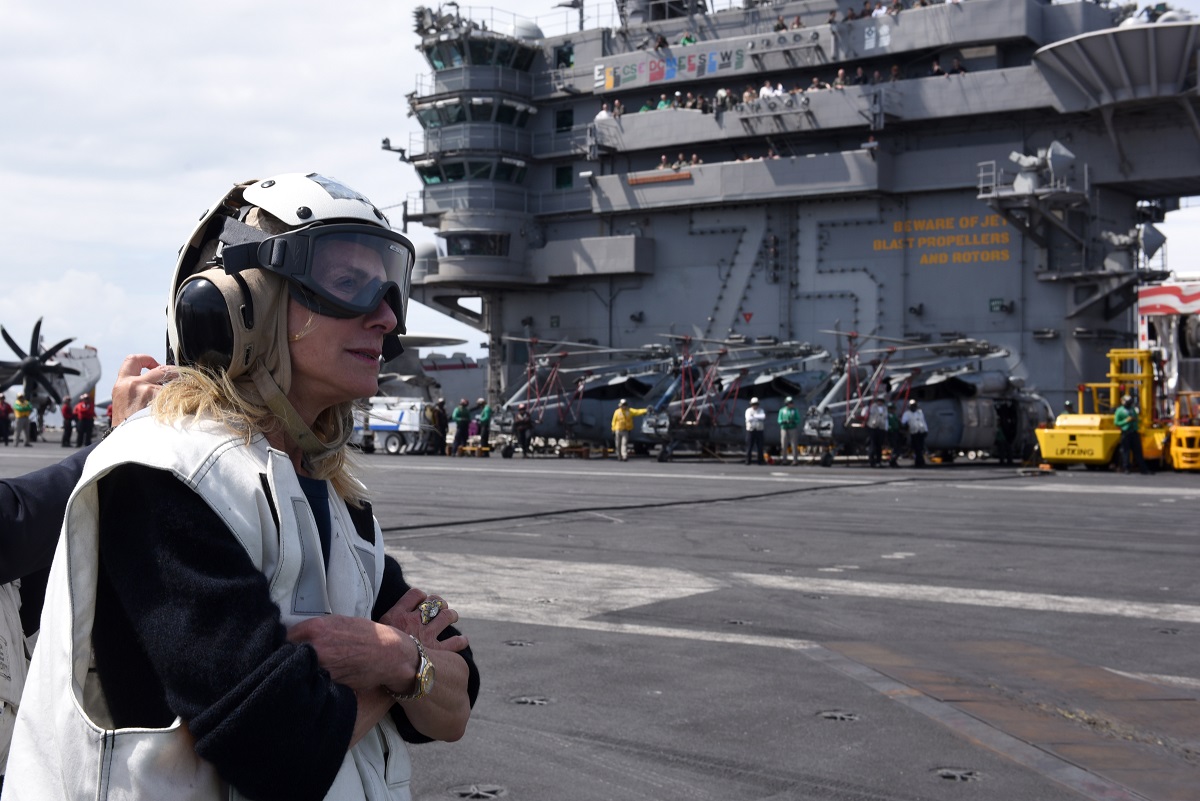 Jamie McCourt, U.S. ambassador to the French Republic and Principality of Monaco, observes flight operations aboard the Truman. (U.S. Navy)
5 of 5 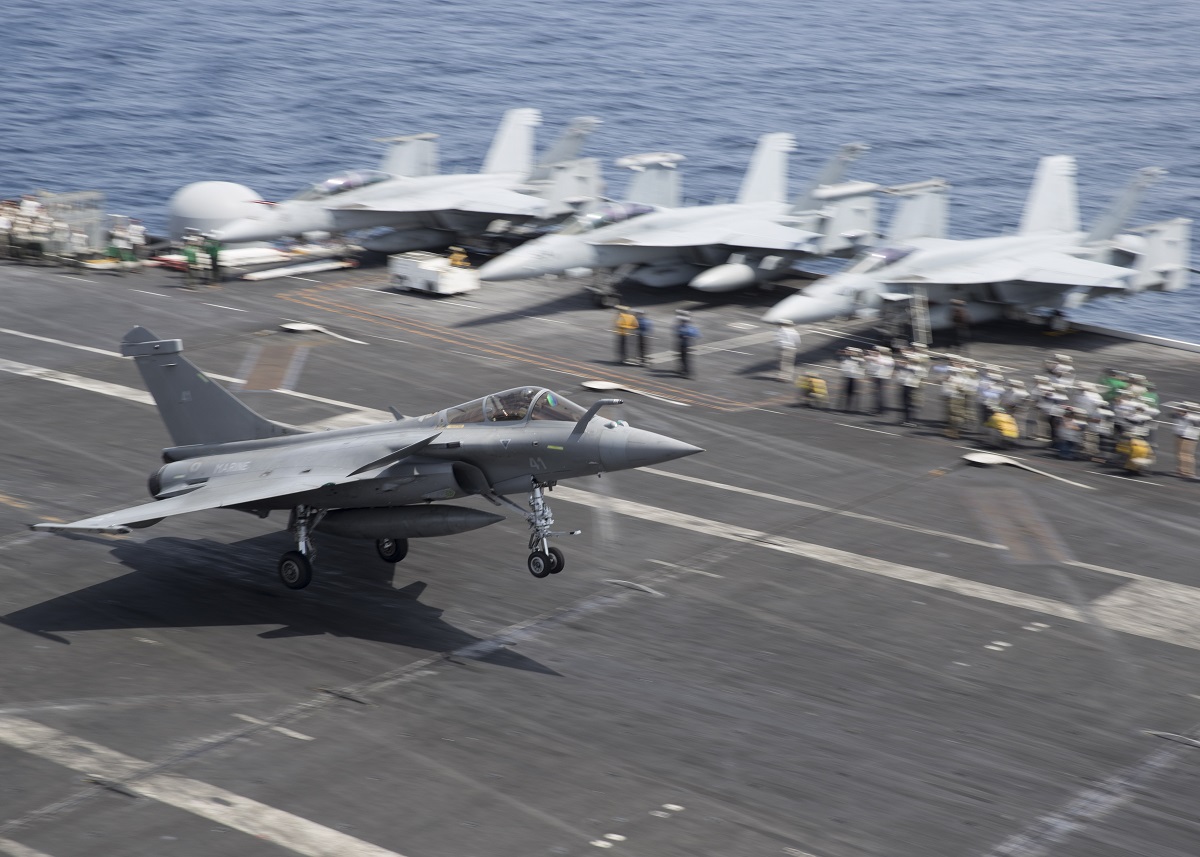 “France is our oldest ally and a vital partner in ensuring security and stability in the region and across the globe,” said Rear Adm. Gene Black, the commander of Carrier Strike Group 8. “The opportunity to integrate with French Naval Aviation helps us enhance our interoperability as we work to achieve common objectives.”

During the exercise, flight operations were conducted over France and in French and international waters in the Bay of Biscay.

“When we operate together we’re stronger than just the sum of our parts, and this training continues our investment in that cooperation,” Black said.