LONDON — Farnborough International is cutting the length of its iconic air show by scrapping the two public days that have traditionally marked the close of the event.

The organizers have cut the show to five days starting July 20, 2020, with the final trade day, July 24, being open to the public.

The show’s organizers also plans to redefine the final day of the show to inspire and engage young people to attract them to the aerospace industry.

As an explanation for the changes, Farnborough International CEO Gareth Rogers cited dwindling public attendance numbers, revenue losses, tighter flight restrictions triggered by the crash of a jet at an air display in Shoreham, southern England, in 2015, and the need to do things differently to attract engineers and other skilled individuals.

“There is no one reason why this has happened. The value for money we were able to deliver wasn’t there as it was in the past. Also, there is no getting away from the fact the Shoreham crash and the regulations that come with it have had an impact,“ Rogers said.

“Most importantly, we don’t believe it is inspiring the next generation in the way it used to. We needed to change ... the focus of how we engage and excite the next generation and the public in general, and we wanted to do something different to other air shows, so consequently we are inviting the public into the show on the Friday where the entire show is open," he added.

In recent years, the exhibition halls have been closed on the weekend, leaving just static aircraft and an increasingly diminished flying display available to the public. 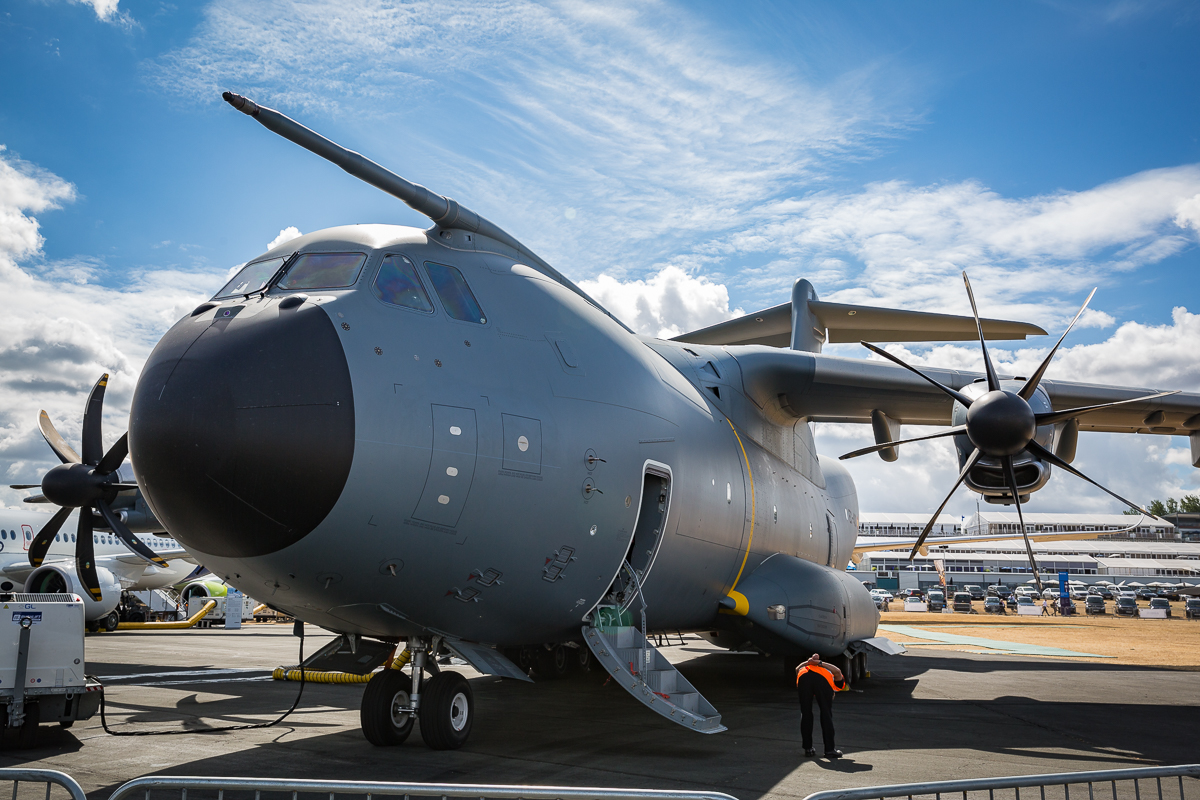 The A400M is a military transport aircraft made by Airbus. (James Williams/Staff)
2 of 13 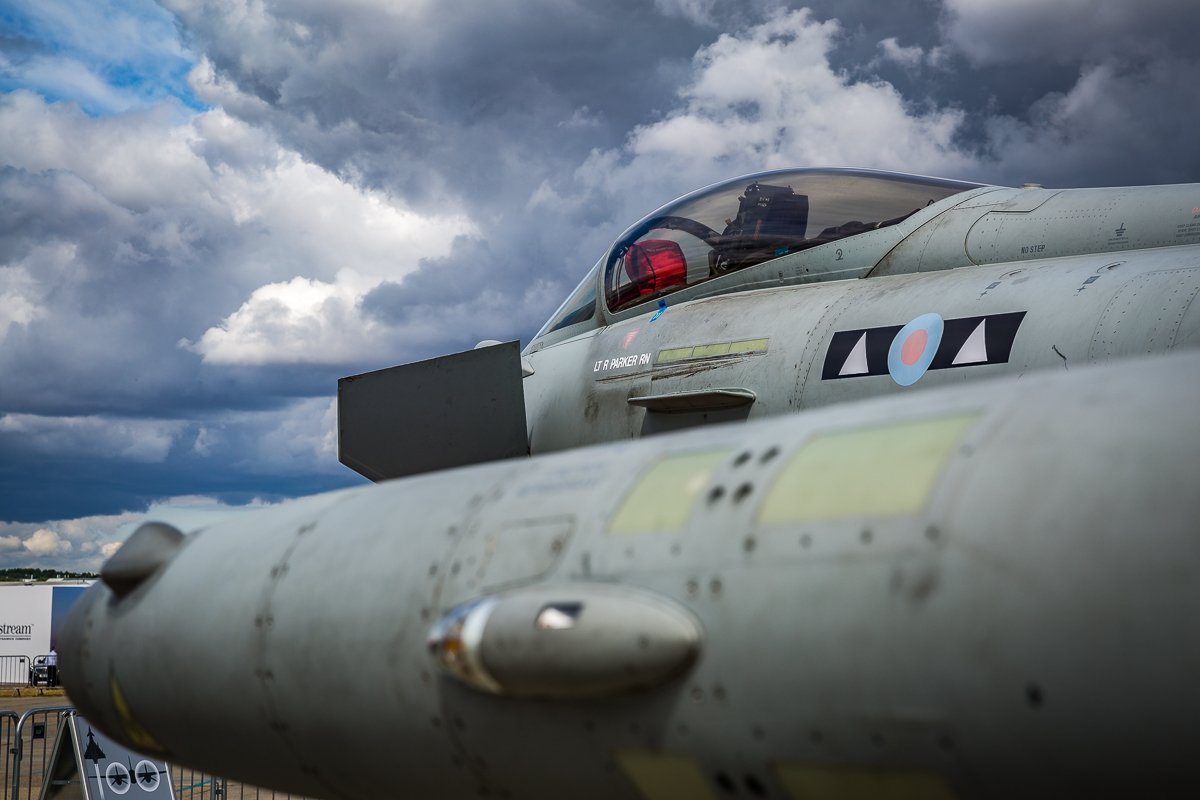 The British Royal Air Force Eurofighter Typhoon can fly from London to Paris in less than nine minutes. (James Williams/Staff)
3 of 13 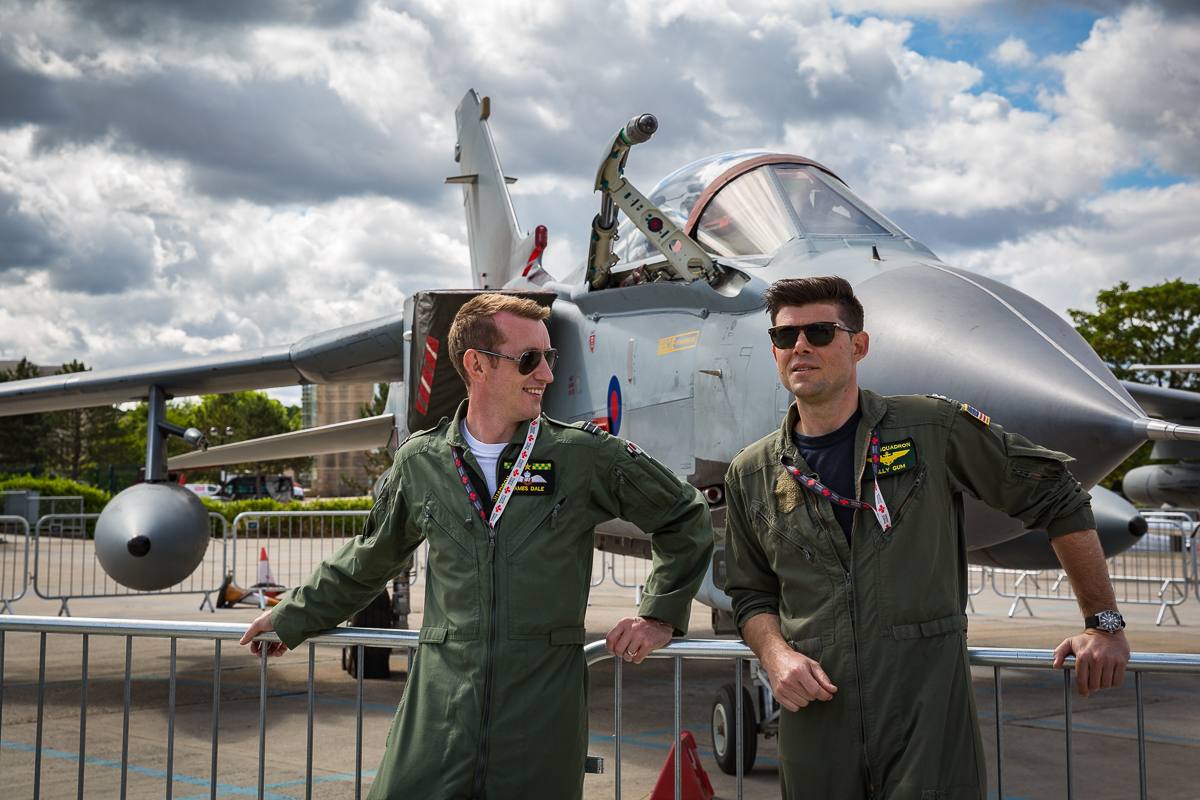 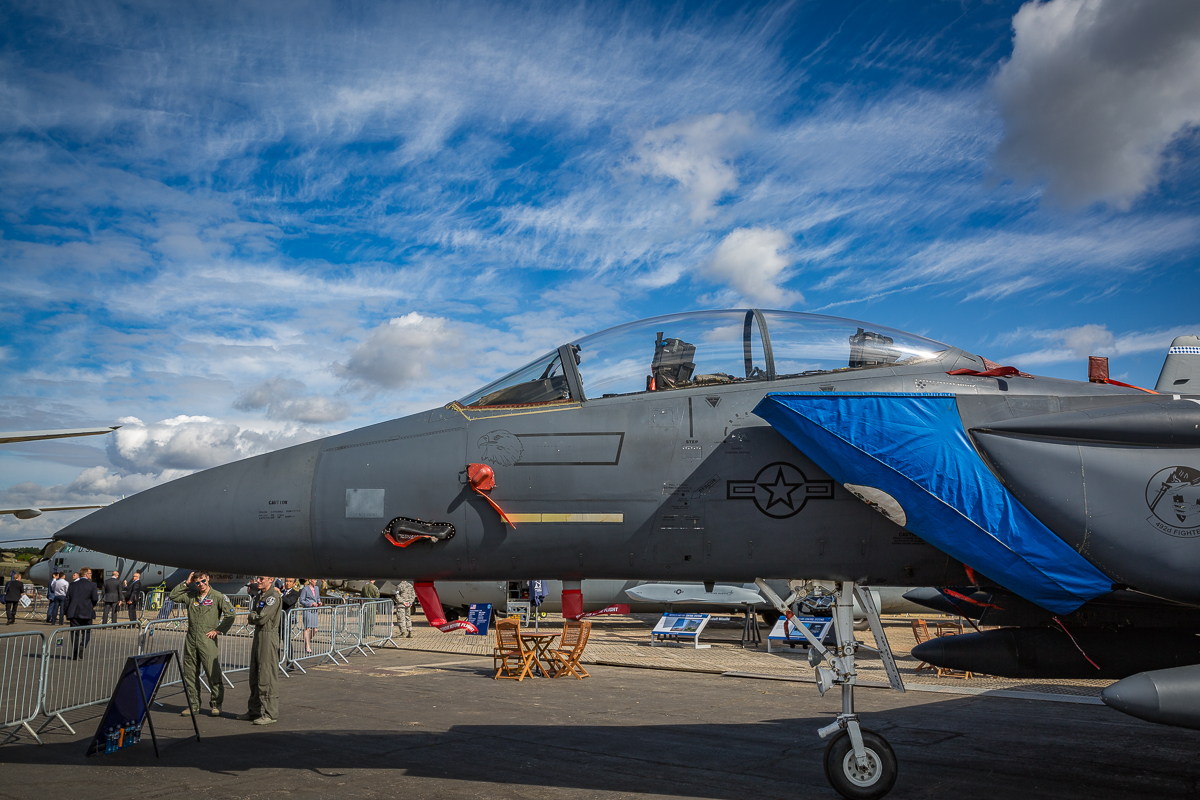 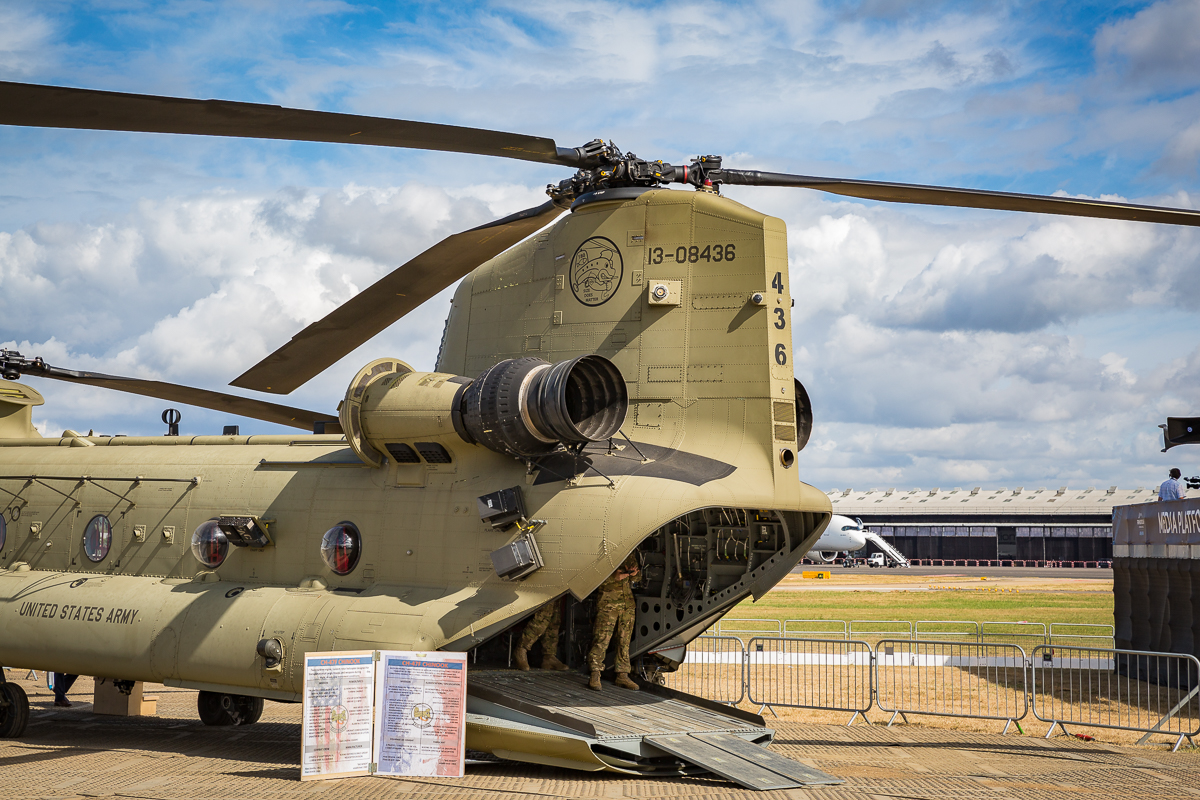 The U.S. Army Chinook is a transport helicopter made by Boeing. It sports two Honeywell T55-GA-714A engines. (James Williams/Staff)
6 of 13 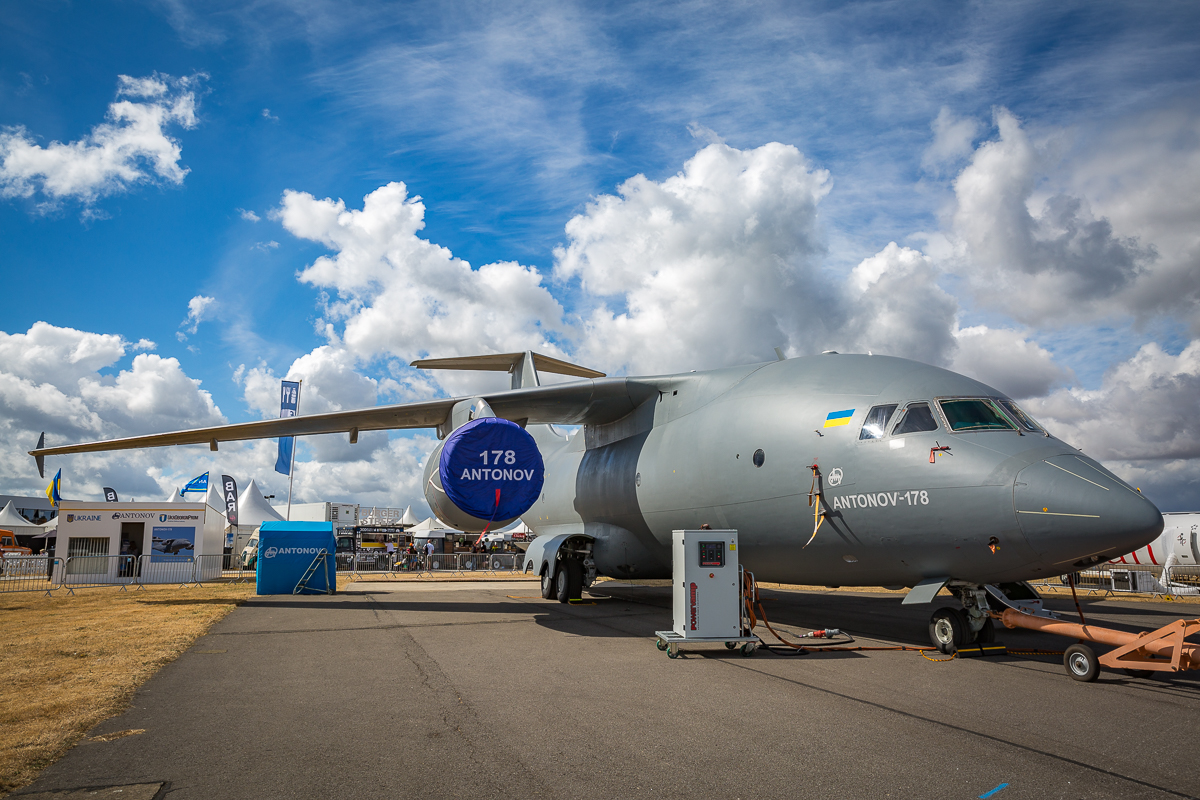 The Ukrainian aircraft Antonov AN-178 attended the 2018 Farnborough Airshow in England. (James Williams/Staff)
7 of 13 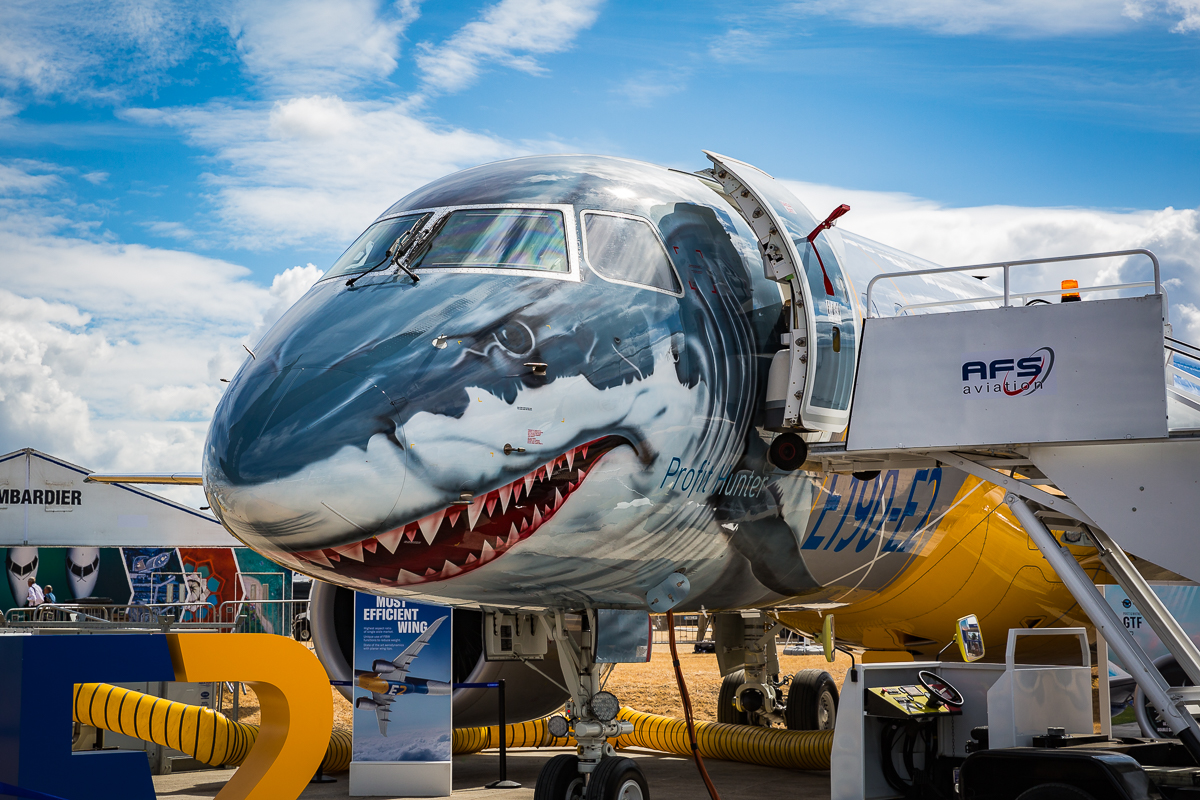 Brazilian firm Embraer had some fun with its commercial aircraft, the E190-E2. (James Williams/Staff)
8 of 13 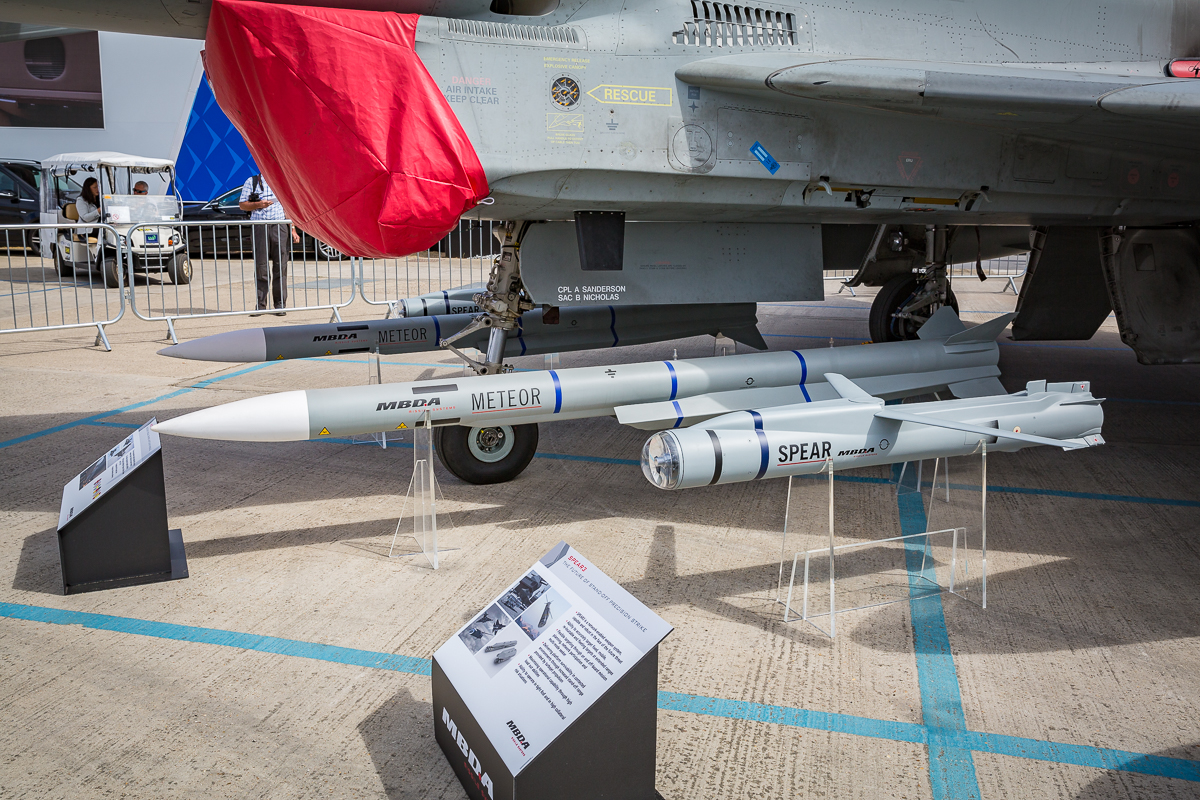 Missiles by MBDA were on display at the 2018 Farnborough Airshow near a Eurofighter Typhoon. (James Williams/Staff)
9 of 13 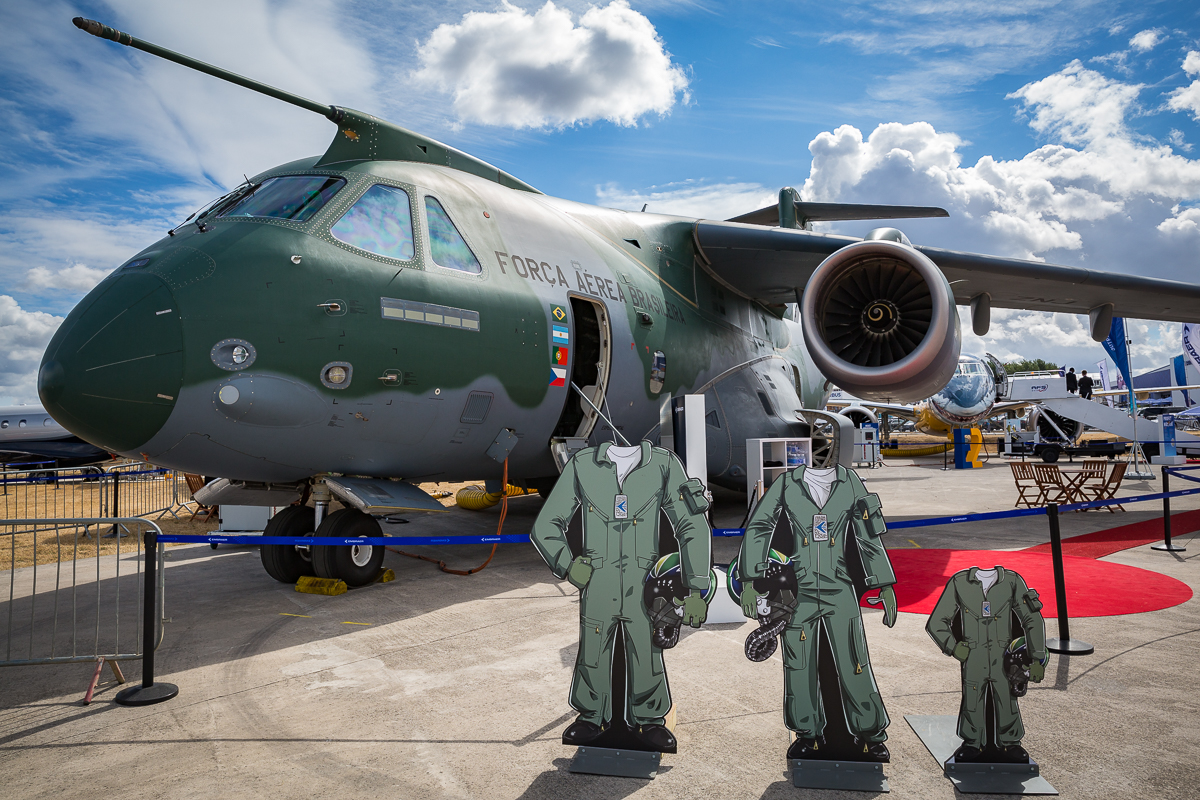 The KC-390 is a multimission aircraft made by Brazilian company Embraer. (James Williams/Staff)
10 of 13 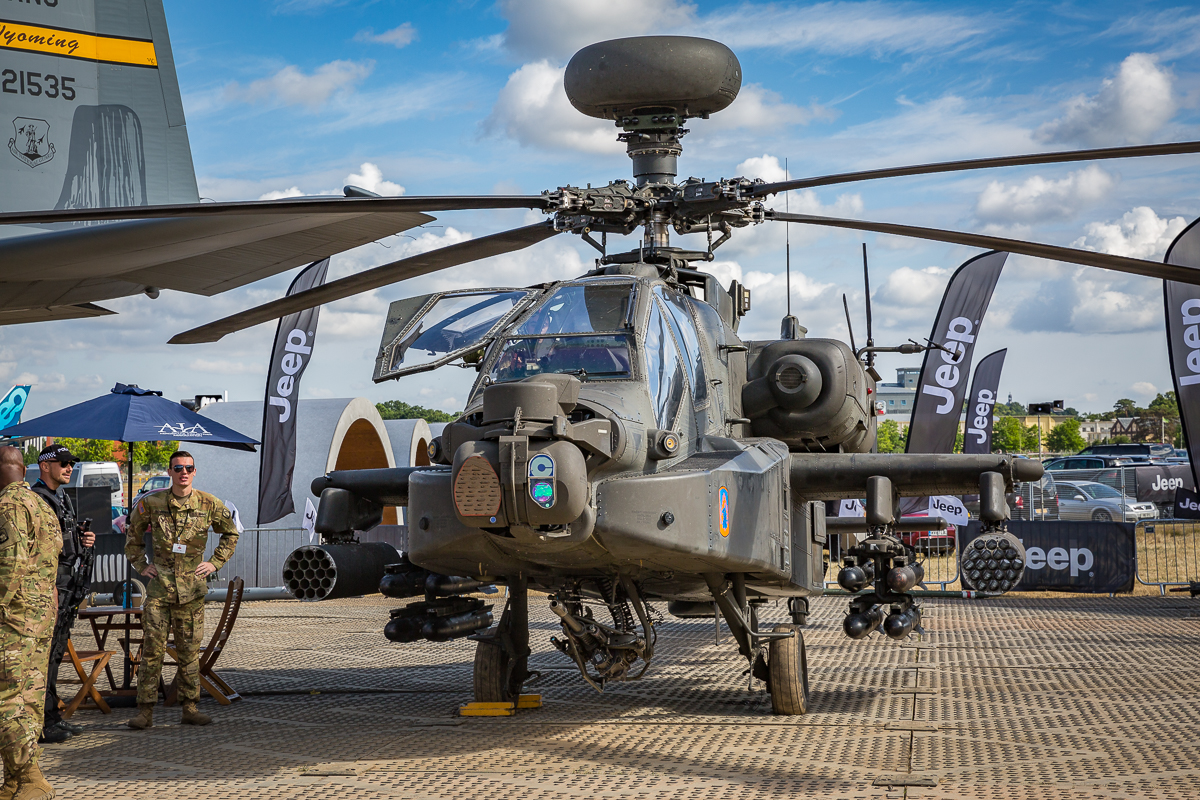 The AH-64E Apache helicopter, made by Boeing, has the capacity to fit a pilot and a co-pilot/gunner. (James Williams/Staff)
11 of 13 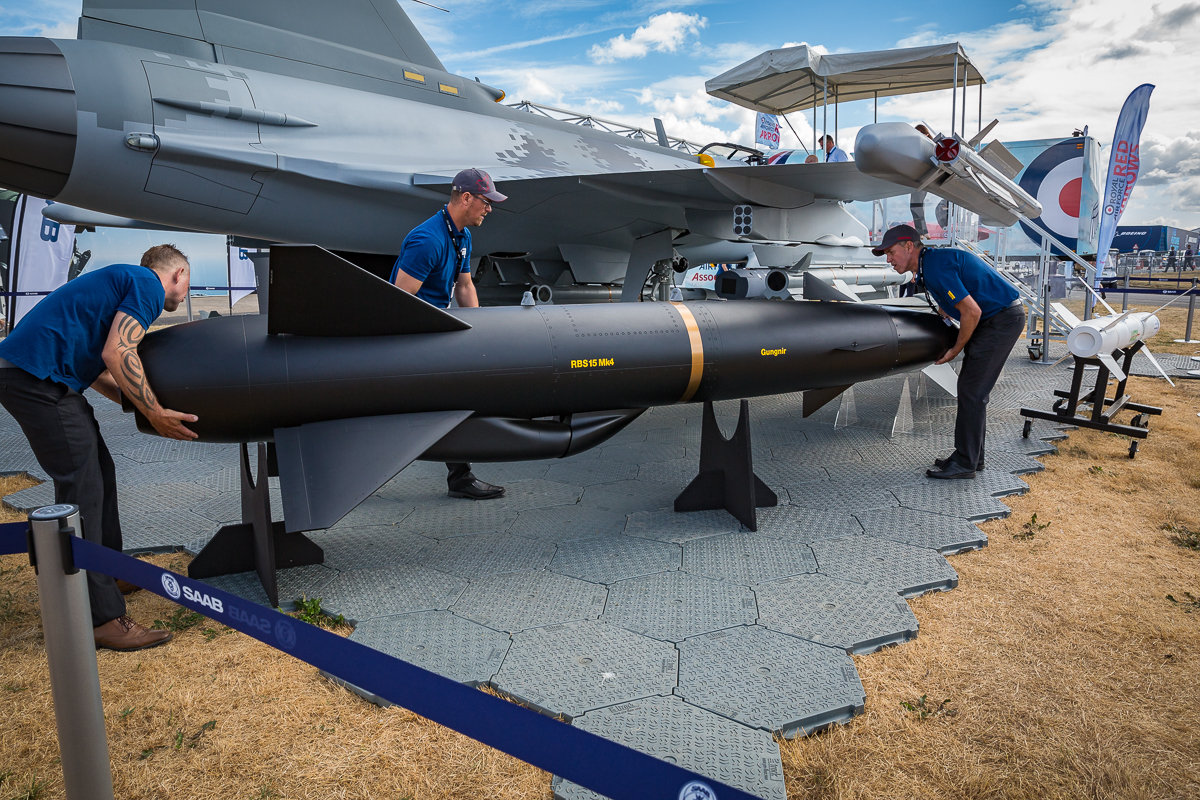 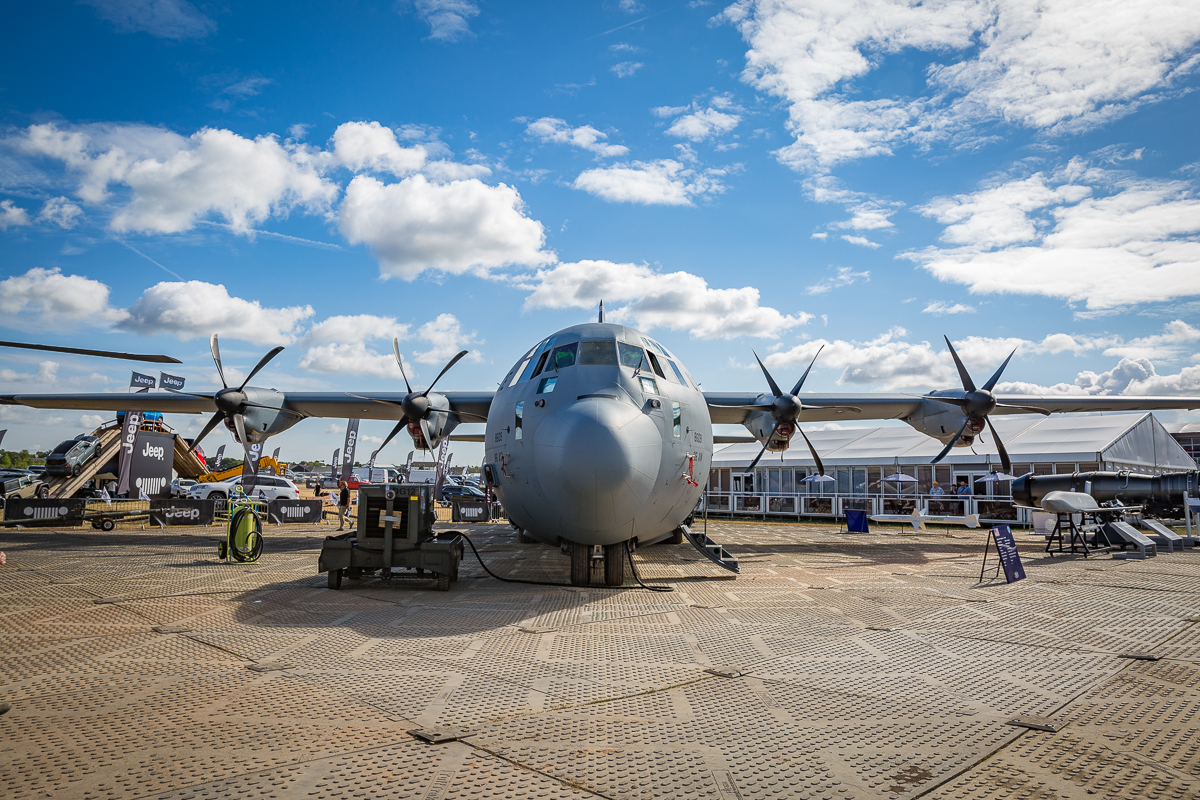 The Lockheed Martin-made C130J Super Hercules is a military transport aircraft that can carry up to three crew members. When empty, it weighs 75,562 pounds. (James Williams/Staff)
13 of 13 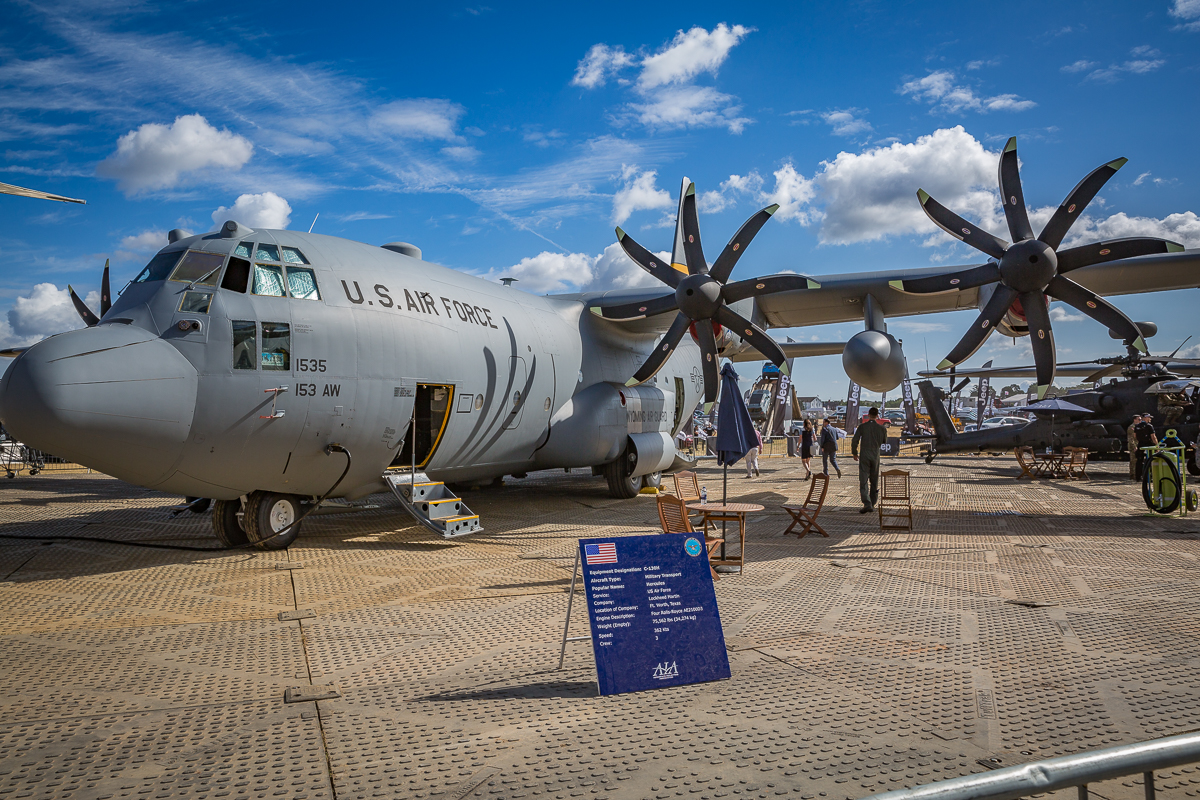 The C-130 Herculese military transport aircraft is made by Lockheed Martin, based in Fort Worth, Texas. (James Williams/Staff)
Sign up for our Early Bird Brief
Get the defense industry's most comprehensive news and information straight to your inbox
Thanks for signing up!
For more newsletters click here

“The fact is we have lost a significant amount of money on the public weekend for several years. All these factors combined have meant it is no longer the right thing to offer to inspire the next generation,” Rogers said.

Analyst Howard Wheeldon, of Wheeldon Strategic Advisory, said cutting the public days was the right thing to do.

“I am not surprised, and I welcome the move. The public is not without other air show attractions in areas that do not conflict with busy flight paths as Farnborough does," Wheeldon said. "With its ability to attract sufficient aircraft operators to fly [being] compromised by high cost and increased safety regulatory requirements following the Shoreham crash, this is the right decision for what is today increasingly an aerospace industry trade show.”

Rogers said the numbers of people attending the weekend flying display of had halved from the 100,000-plus the event used to attract a decade ago.

“So we can’t just look at it and says it’s a result of Shoreham. This trend was happening anyway. What Shoreham has done is expedite a decision that we would have had to have taken anyway,” he said. “Industry were very clear the weekend event wasn’t achieving their objectives of getting people into aerospace. It’s happening at other air shows, but at our air show they felt it could be achieved in a different way. We have listened to industry feedback and have decided to deliver in a different way. We will announce what Farnborough Fridays will look like in the coming months."

As this story was being filed, the jury in the trial of Andrew Hill, the pilot involved in the crash of the 1950s Hawker Hunter at a public display in Shoreham, Sussex, in August 2015 was considering its verdict.

Eleven people were killed when the jet crashed into a major roadway next to the airfield. Hill has been charged with manslaughter by gross negligence.