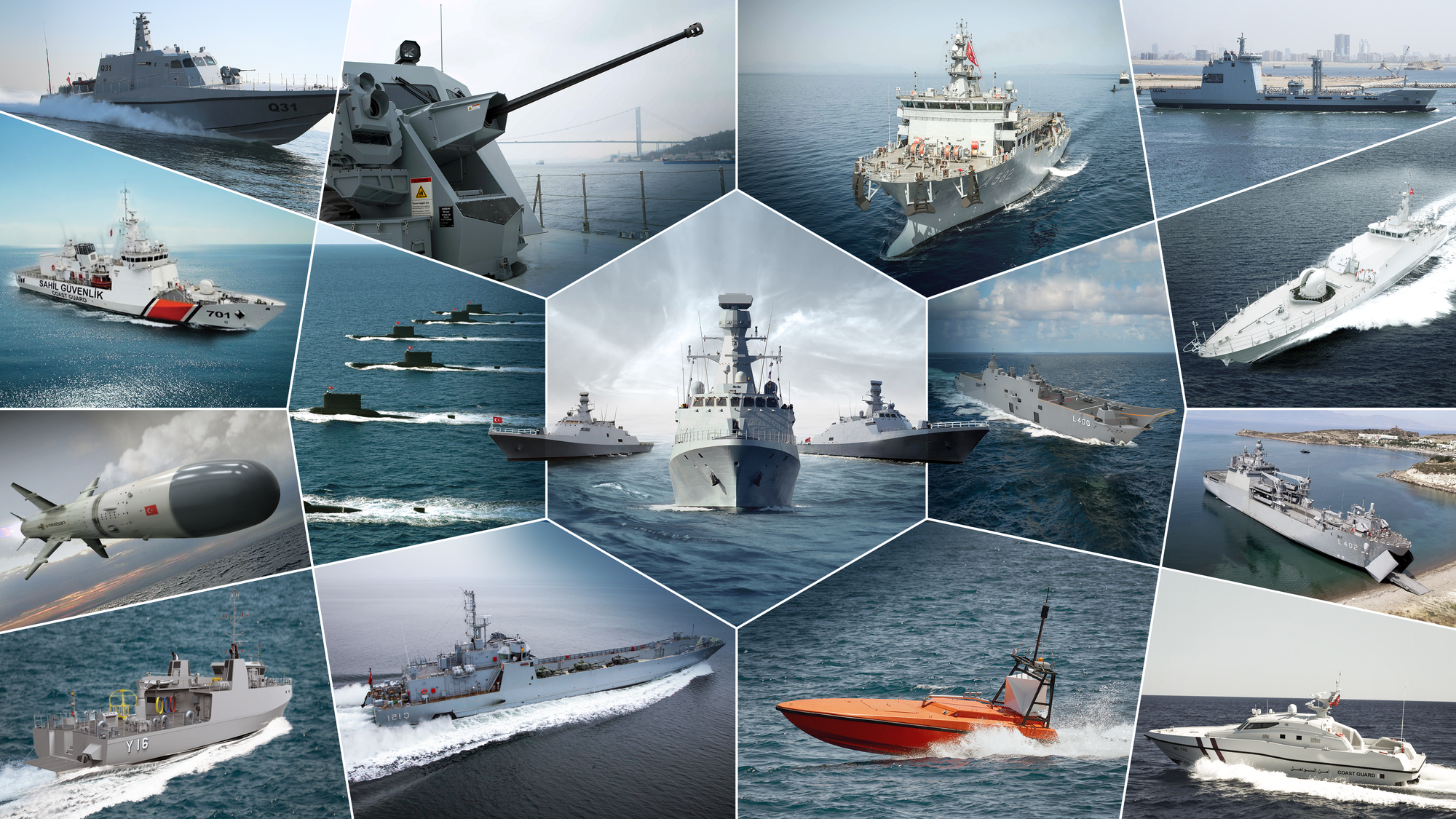 When Pakistan built a 17,000-ton fleet tanker in collaboration with the Turkish defense company STM and when it agreed in 2018 to purchase four corvette warships from Turkey, the deals were a way for the country to bolster its navy. In addition, they were a way for Pakistan to demonstrate its interest in strengthening its maritime capabilities.

But the moves also displayed the evolution of Turkey’s military shipbuilding industry and technological capacity.

More recently, when countries around the world have sought to enhance their maritime forces, they have often found a partner in Turkey. The country has exported more than 130 military ships to nations that include Malaysia, Georgia, Egypt, Indonesia, Qatar and Turkmenistan.

“Today, our industry produces high-tech and highly capable products,” said Naki Polat, president of Turkey’s Defense and Aerospace Industry Exporters' Association, known as SSI. “When we examine the ships produced by the Turkish Naval Forces in recent years, the activities are carried out for almost all kinds of surface and underwater elements. This design diversity shows Turkey’s determination to design, develop and produce all kinds of modern and highly capable warships.”

A history of (modern) shipbuilding

Turkey’s Navy and Coast Guard forces operate more than 300 ships, with more than 230 built by military and civilian commercial shipyards from throughout the country. This figure includes submarines, frigates, corvettes and amphibious assault vessels and represents the evolution of decades of Turkish shipbuilding that began in 1937.

The country’s shipbuilding efforts were interrupted by World War II, resumed during the Cold War with the country’s role in NATO and then matured during the 1980s with the design and construction of modern warships, including a 1,000-ton submarine and the frigate TCG Fatih at the Gölcük Naval Shipyard. Turkey also produced support and landing ships at shipyards such as Anadolu, Desan and İstanbul.

More recently, in the 21st century, the modernization of Turkey’s Navy has become a focus of the country’s defense industry. A key element of this effort has been the MILGEM or National Ship program, under which the nation has produced frigates and corvettes equipped with advanced electronics and weapons systems. As part of the program, shipbuilders such as Yonca-Onuk, Ares, Dearsan and RMK Marine also produce patrol boats, which are a main element of Turkey’s export capability. The country enhanced this effort in 2017 when five large, privately-owned shipyards — Sedef, Anadolu, Sefine, Selah and Istanbul — merged to form the Turkish Associated International Shipyards (TAIS) consortium.

“The inventory of our Naval Forces Command is one of the most important elements of our national defense,” said Ismail Demir, president of the Turkish Presidency of Defense Industries. “The MİLGEM project has been developed to perform reconnaissance and surveillance, target detection, identification and recognition, early warning missions and base and port defense, anti-submarine warfare, surface warfare, amphibious operations and patrol duties for Turkish Naval Forces.”

Industry officials say the crown jewel of the country’s effort to build a world-class navy could be the construction of the TCG Anadolu, the Turkish Navy’s first light aircraft carrier. Leaders plan to complete the vessel, which will be the largest ship in the Turkish Naval Forces, in 2021.

As it has improved its shipbuilding capabilities over the decades, Turkey has also enhanced its technological sophistication. This includes the development of weapons and electronic warfare capabilities that are compatible with NATO standards and will enable Turkey to conduct network-centric warfare. The infrastructure to support these efforts has come from companies such as ASELSAN, Ayesaş, Meteksan, Havelsan, KOÇ Savunma, Tubitak MAM , Armelsan and STM.

“The diversity and superior features of our products are important pillars for increasing our exports on naval platforms,” Polat said. “In this way, we can produce systems for changing needs and extend the service life of platforms in an up-to-date and functional manner.”