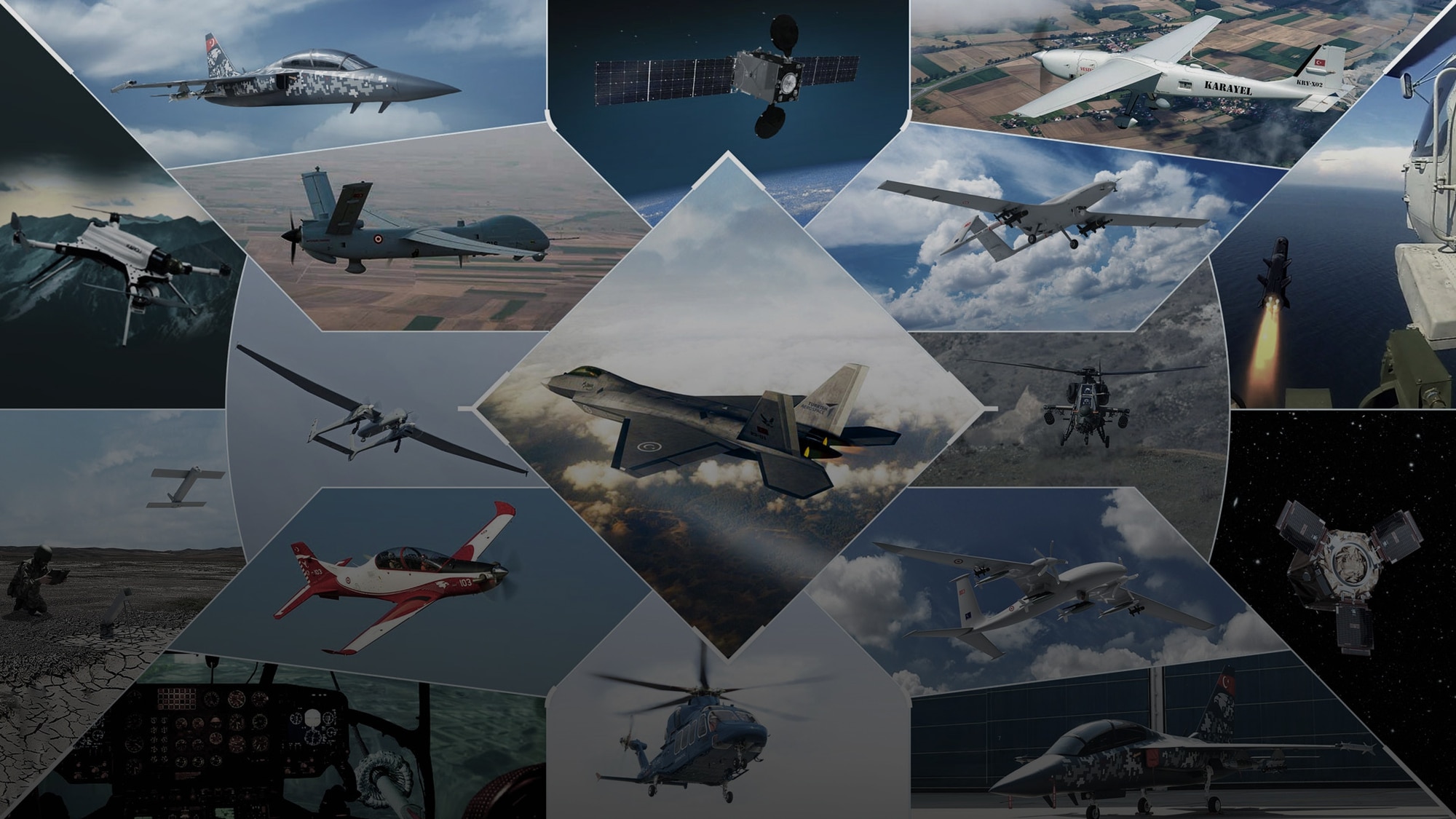 The coronavirus pandemic has challenged businesses around the world this year, but few sectors have been disrupted as much as the aerospace industry. Companies will need exhibit both innovation and attention to detail as they seek to bounce back.

“In the first 9 months of 2020, the COVID outbreak caused the commercial aircraft market to shrink by about 40 percent,” said Naki Polat, president of Turkey’s Defense and Aerospace Industry Exporters’ Association, known as SSI. “In the post-COVID recovery period, new standards in passenger transport, new products designed accordingly and adapted production processes are being investigated. Companies that revise their investment plans are turning to next-generation technologies.”

More than a century in the skies

The Turkish Air Force was established in 1911 and helped win the War of Turkish Independence in 1922. When the country joined the North Atlantic Treaty Alliance in 1952, it took delivery of its first jet fighters, which were used to protect NATO’s southern regions during the Cold War. As the Turkish Air Force flew these aircraft - such as the F-100, F-104 and now the F-16 - it participated in NATO air operations in the Balkans, Kosovo, Afghanistan and Libya.

Training and education have served as pillars of Turkey’s aerospace community. The country started providing higher education for pilots in 1941 and then in 1973, it established the Turkish Aerospace Industries Inc. (Turkish Aerospace) to reduce its reliance on the defense industries of other countries. Today, pilots in the Turkish Air Force generally fly twice the monthly flight time required of NATO pilots to gain experience.

As the country’s Air Force has evolved, the Turkish defense industry has made advances as well.

“Turkey has never stopped investing in critical technologies, training valuable human sources and initiating synergy through our industry to be a reliable partner for all levels of international cooperation,” said Ismail Demir, president of the Presidency of Defense Industries (SSB). “Turkey has key companies for major components on our platforms, including airframe, engines, mission equipment and weapons.”

Among those leading businesses TEI manufacturing propulsion systems and engines for fixed and rotary wing platforms and unmanned air vehicles, and has been a critical contractor for Turkey’s aviation ecosystem. Aselsan, is a key provider of electronics and avionics equipment for air, naval and systems, including fifth-generation fighter. And Havelsan, is a company developing software and flight simulators to prepare pilots for next generation air platforms.

The future of Turkey’s aerospace industry

Turkey’s future in aerospace will be dependent on expanding technological capabilities as well as qualified manpower. Unmanned systems and helicopters are among the country’s top priorities.

Baykar Defence produces the TB-2 combat MALE UAV, which as has been used in both national and international missions and Roketsan is one of the leading missiles and ammunition provider of airborne operations along with government-based corporations MKEK and TUBITAK. Two other Turkish contractors, Vestel and STM, are making headway in unmanned operations as well. Vestel has built drones for combat and intelligence surveillance and reconnaissance while STM has focused on unmanned systems for reconnaissance and surveillance for fixed and rotary-winged systems.

A series of other Turkish subcontractors are also expected to play key roles here. They include Meteksan, which produces advanced technologies such as radar and sensor systems; Kale Aero, which builds components including engine parts, structural parts and mini jet engines; Alp Aviation, which manufactures structural body and engine parts, as well as landing gear for helicopter and aircraft platforms; SDT, which produces training and electronic systems; Asfat, which performs maintenance and repair services for military factories; and Turkish Technic, which has established itself among the world leaders in maintenance and repair; and many others which manufacture structural components for a variety of platforms, including aerospace.

“It is important to be ready for the future, companies investing for new technologies and capabilities and prepare their infrastructure will adapt themselves easily than the others.” Polat said. “The Turkish defense and aerospace industry, will continue to increase its international cooperation in the post-pandemic period as well.”