Saudi Arabian Military Industries (SAMI) is a state-owned defense company, engaged in domestic and international markets in the Middle Eastern region. Founded in May2017 as part of the Kingdom of Saudi Arabia’s Vision 2030 long-term strategic plan, the company was established after 15 months of consultation with external experts and specialists, with industry best practices and with the highest standards of operation and direction at its core. SAMI’s primary mission is to develop next-generation technologies and produce world-class defense products, while providing industry-leading services to upgrade and enhance the kingdom’s defense sector, constantly ensuring a secure, efficient and consistent supply chain for its domestic and international clients. Its underlying goal, as the kingdom’s defense research and manufacturing apparatus, is to serve and function as the nucleus of Saudi strategic national defense, which primarily revolves around protecting critical Saudi infrastructure and borders.

SAMI is owned by the Public Investment Fund – Saudi Arabia’s sovereign wealth fund. His Excellency Ahmed Al-Khateeb serves as Chairman of the Board and Dr. Andreas Schwer, formerly CEO and Chairman of Rheinmetall International, serves as the SAMI’s Chief Executive Officer. The company currently maintains an array of foreign partnerships with a number of nations and high-level defense contractors. Its 2019 objectives include cementing further venture contracts and mutually-beneficial strategic partnerships with brand name contractors in Europe and the United States. In addition to its global goals, SAMI also asserts its mission of becoming a regional powerhouse in the military industries sector, providing neighboring partner nations in the Middle East with advanced defense technologies built with high locality rates.

In order to achieve its vision of being among the top 25 aerospace and defense companies worldwide by 2030, SAMI operates four major divisions, including Defense Electronics, Land Systems, Aeronautics, and Weapons and Missiles. Each division consists of a group of business units which synergize existing Saudi defense and defense research assets with joint ventures signed with foreign partners.

The Weapons and Missiles division focuses on small arms and other conventional weaponry utilized by land forces, ground/air/sea launched missiles and guided weapons, launching systems, and ammunition for the Royal Saudi Arabian Armed Forces and other partner nations.

All divisions of the company and its underlying business units adhere to a 50 percent localization rule, boosting domestic production while creating more than 40,000 direct jobs in Saudi Arabia and over 100,000 indirect jobs over the next 12 years. In alignment with the Saudi Vision 2030’s primary objectives, SAMI expects to contribute over USD $3.7 billion to the kingdom’s annual gross domestic product, with an investment of over USD $1.6 billion towards research and development processes, in order to ensure SAMI both meets and exceeds industry standards and advancements worldwide, while delivering the highest quality products and services to its domestic and international partners and clients. 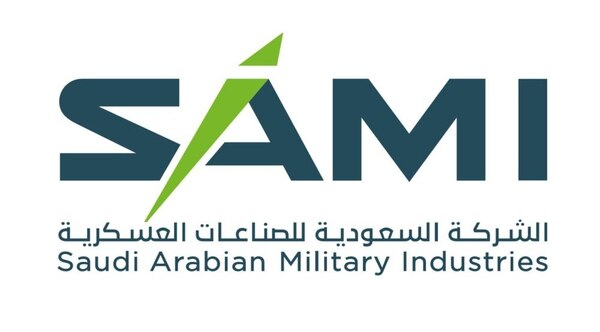 This article was produced by the creative services department of Defense News in collaboration with SAMI. The Defense News newsroom was not involved in its production.