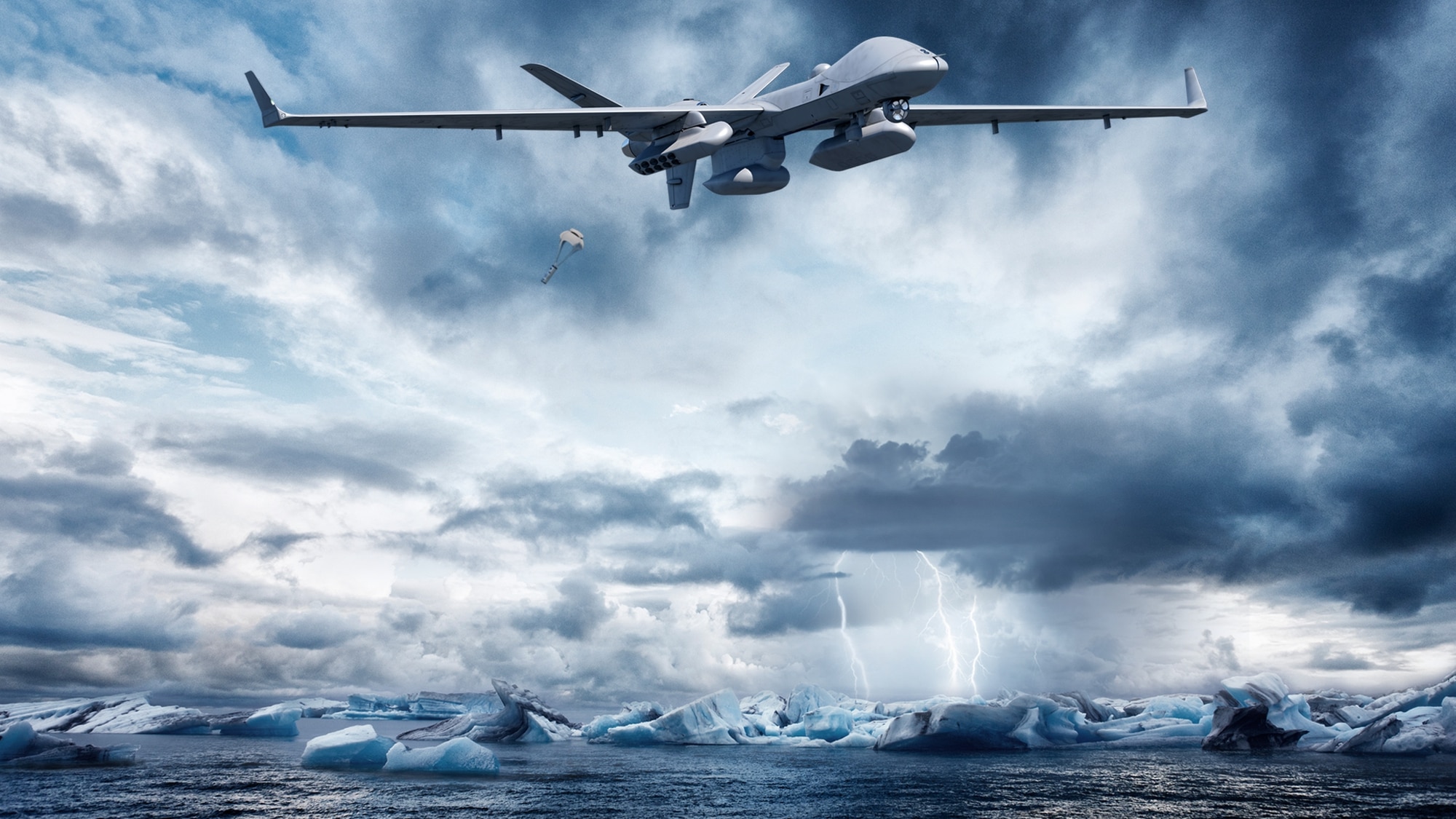 The MQ-9B Remotely Piloted Aircraft from General Atomics Aeronautical Systems, Inc. (GA-ASI) possesses a number of unique advantages not found in manned platforms: much longer endurance (40 hours or more based on payload), more affordable, require a fraction of the footprint, effectively operate at low and high altitude (500 to 40,000 feet), employable in high-risk environments without concern for loss of aircrew and, like manned platforms, they’re built to be certified to fly in civil airspace. These attributes, which have been exploited in over-land and largely permissible environments, are now being tested for multi-domain missions, including maritime surveillance, Anti-Submarine Warfare (ASW) and broad-spectrum Electronic Warfare (EW), including in high-threat scenarios. Developments that network the RPA with other land, aerospace and maritime assets are enabling this role expansion and highlighting the MQ-9B as a true force multiplier.

Operational roles for RPA are in transition in conjunction with changes to U.S. and Allied warfighting priorities. While support to land forces will remain a core role for these systems, employment focused on high-end and ‘gray-zone’ warfare (warfare below the threshold of armed conflict including asymmetric methods, and often involving militia and constabulary forces) in the maritime environment, are shaping current development priorities for GA-ASI and its customers.

The GA-ASI MQ-9 Medium-altitude, Long-endurance (MALE) series of RPA had their genesis in the 1990s, with an early version of the ‘Predator’ RPA with Intelligence, Surveillance and Reconnaissance (ISR) capability. Predator operated over Bosnia in 1995, with more capable, armed versions commencing operations in the Middle East theatre in 2001. The more advanced USAF MQ-9A ‘Reaper’ RPA variants followed, along with the U.S. Army’s MQ-1C ‘Gray Eagle’ Unmanned Aircraft System. Today the United Kingdom, France, Italy, and Spain operate the MQ-9 system with great success. The Netherlands have also procured the MQ-9 with deliveries to commence in the near term.

Less well known is the MQ-9′s non-military utility. For example, the U.S. Customs and Border Protection has effectively employed MQ-9 platforms for both overland and maritime surveillance activities since 2005. In the past two years, GA-ASI has conducted maritime and civil surveillance demonstrations in Japan and Europe, with further trials planned for later in 2020. Additionally, the California Air National Guard has used the MQ-9s with great success combatting forest fires by identifying hot spots, and providing critical environmental intelligence to allow more targeted and safer deployment of firefighters and equipment.

Now, production has commenced on GA-ASI’s most advanced RPA variant – the MQ-9B SkyGuardian/SeaGuardian. The UK and Australia intend to acquire these systems, and the Government of Belgium has approved Belgian Defense to negotiate the acquisition of GA-ASI’s MQ-9B. Significant customer interest is also expanding throughout the world. From a coalition perspective, the MQ-9B is well suited to be networked and interoperable during coalition operations due to its open system architecture and common communications protocols.

With the focus of U.S. and Allied forces now turning to multi-domain, high-end warfare in the great power competition, including an increased focus on ‘gray-zone’ warfare, the traditional roles for MQ-9 series RPA are transitioning to multi-role and multi-domain applications, including maritime warfare. With this refocus comes an increased requirement for networking and synergies with other tactical and operational platforms. System testing of these new capabilities is ongoing in operational environments at various threat levels.

Capability development and the integration of systems for MQ-9 series platforms is proceeding at an unprecedented pace within GA-ASI to meet U.S. and Allied requirements. The most prominent developments relate to ASW, EW, IR and EW Self-Protection systems, and advanced networking solutions, with flight trials on these configurations planned in 2020. Meanwhile, developments to the baseline MQ-9B SkyGuardian/SeaGuardian, including a Detect and Avoid System (DAAS) to aid in seamless operations in all classes of airspace, Portable Pre/Post-Flight Equipment (P3E) to enable austere expeditionary operations, and a range of automation and Artificial Intelligence (AI) applications for operations and processing, exploitation and dissemination (PED), are either operational or nearing completion.

The MQ-9B is ideally suited to operate from a range of airfields throughout the world, including fields as short as 4,000 feet, by using an Automatic Takeoff and Landing Capability (ATLC). ATLC enhances the MQ-9B’s versatility and employment options due to its small footprint and it only requires a handful of essential personnel for support. The capability to auto-land at un-surveyed airfields is also in development by GA-ASI (recently demonstrated by the U.S. Air Force). With such capabilities, the MQ-9B could operate more flexibly and rapidly reposition between deployed operating sites, when compared to other strategic Intelligence, Surveillance, Reconnaissance and Electronic Warfare (ISREW) and Strike assets. With expanding multi-role capability options, the MQ-9B offers impressive future employment potential.

Many of GA-ASI’s customers are acquiring a range of very capable ISREW platforms, including the E-7A Wedgetail, P-8A Poseidon, and the MQ-9B SkyGuardian weapon systems. Operational roles for these systems overlap in some areas, with each providing an important contribution to the layered and networked aerospace force. This networked force creates a unique opportunity to maximize cross-domain capabilities for all. No longer can an Air or Defense Force afford to operate platforms within a narrow set of roles. With the need to focus more fully on multi-domain, high-end and gray-zone warfare, with reduced warning times and asymmetric challenges, the requirement for versatility and flexibility of weapon systems has become more acute.