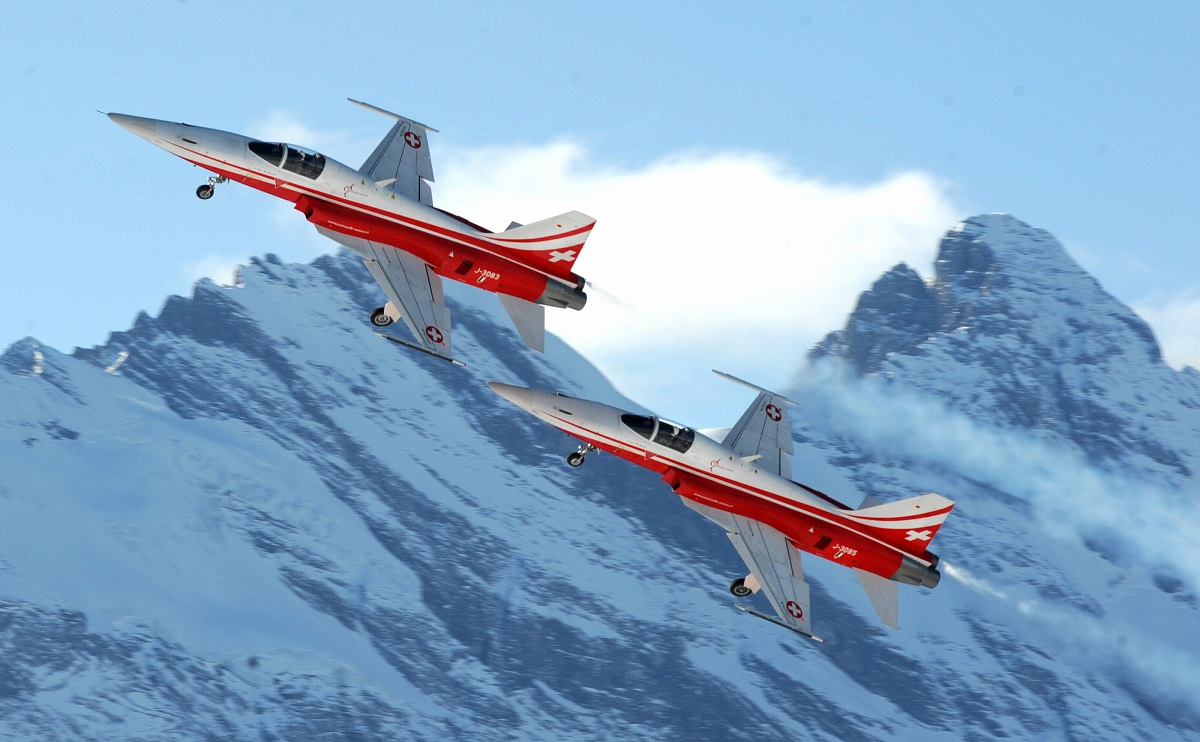 Switzerland's existing fleet of decades-old F-5 jets is considered too outdated to defend its skies and repel intruders. (Joe Klamar/AFP via Getty Images)
2 of 9 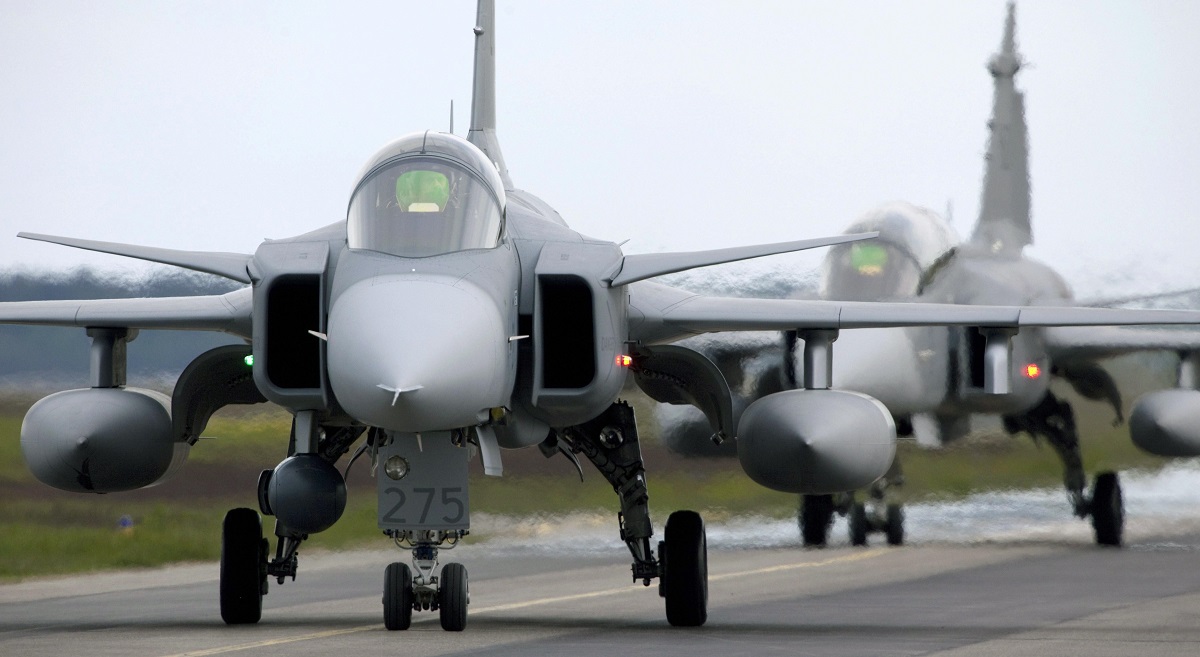 A Saab JAS 39 Gripen fighter, eyed by the Swiss for procurement, taxis during the NATO exercise Loyal Arrow on June 10, 2009. (Patrick Tragardh/AFP via Getty Images)
3 of 9 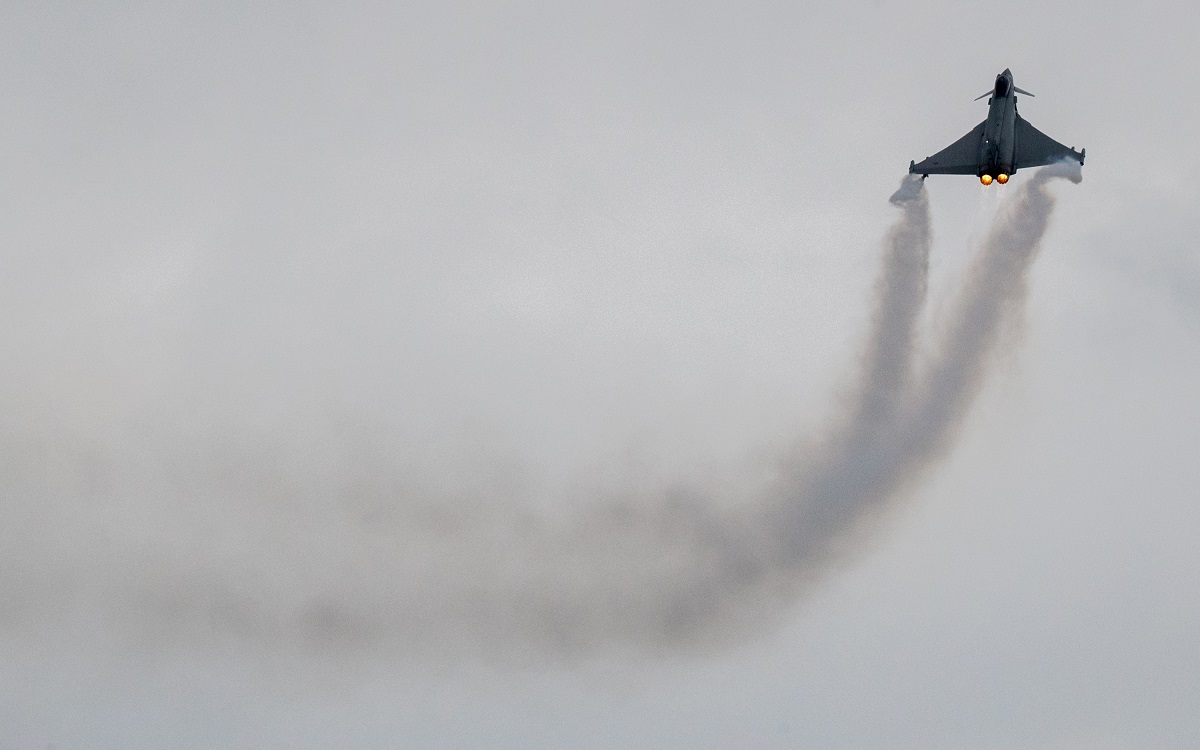 A Eurofighter Typhoon, of which Switzerland has shown interest for its "Air 2030" program, comes into land during a press preview day in Fairford, England. (Matt Cardy/Getty Images)
4 of 9 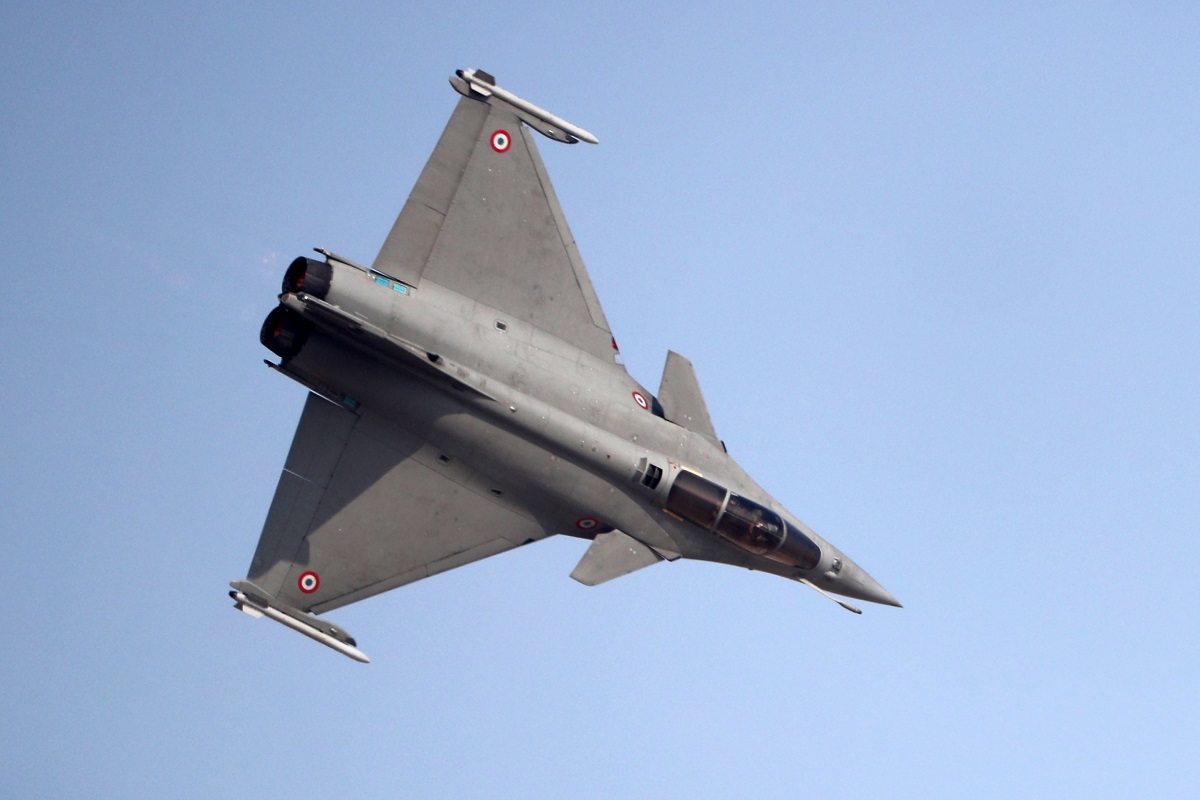 A French Rafale fighter jet performs during the Dubai Airshow on Nov. 12, 2017, in the United Arab Emirates. Switzerland has shown interest in procuring the fighter. (Karim Sahib/AFP via Getty Images)
5 of 9 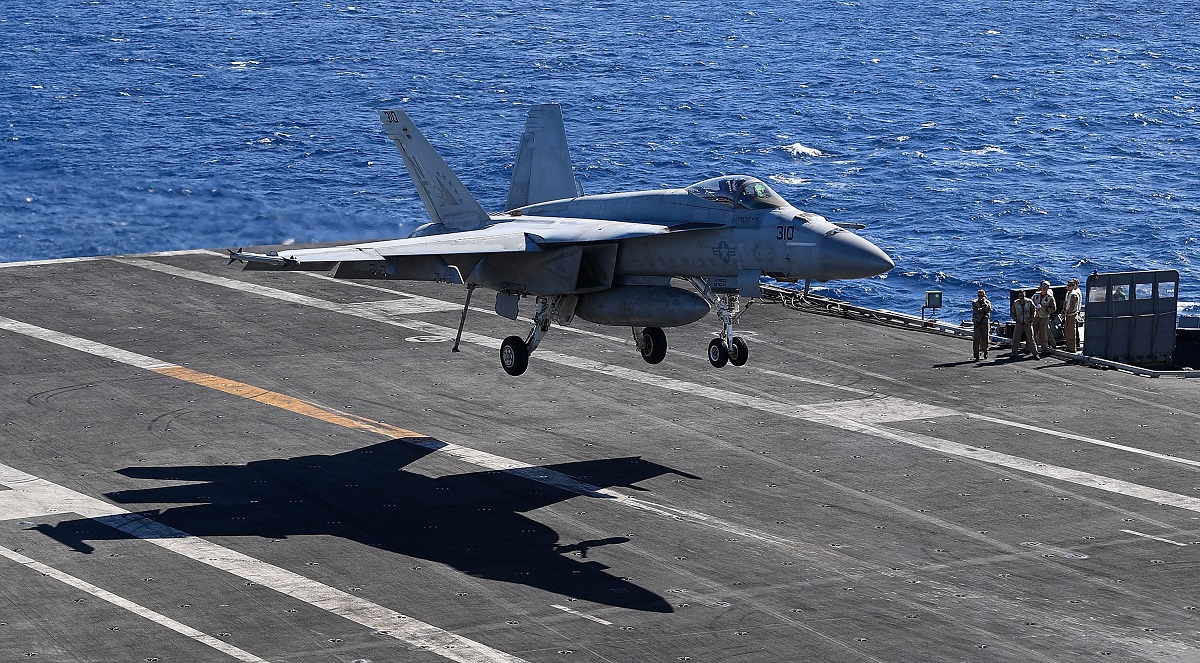 A U.S. Navy F/A-18 Super Hornet lands on the deck of the aircraft carrier Ronald Reagan. Switzerland may replace its decades-old fleet of the aircraft with new ones made by Boeing. (Ian Hitchcock/Getty Images)
6 of 9 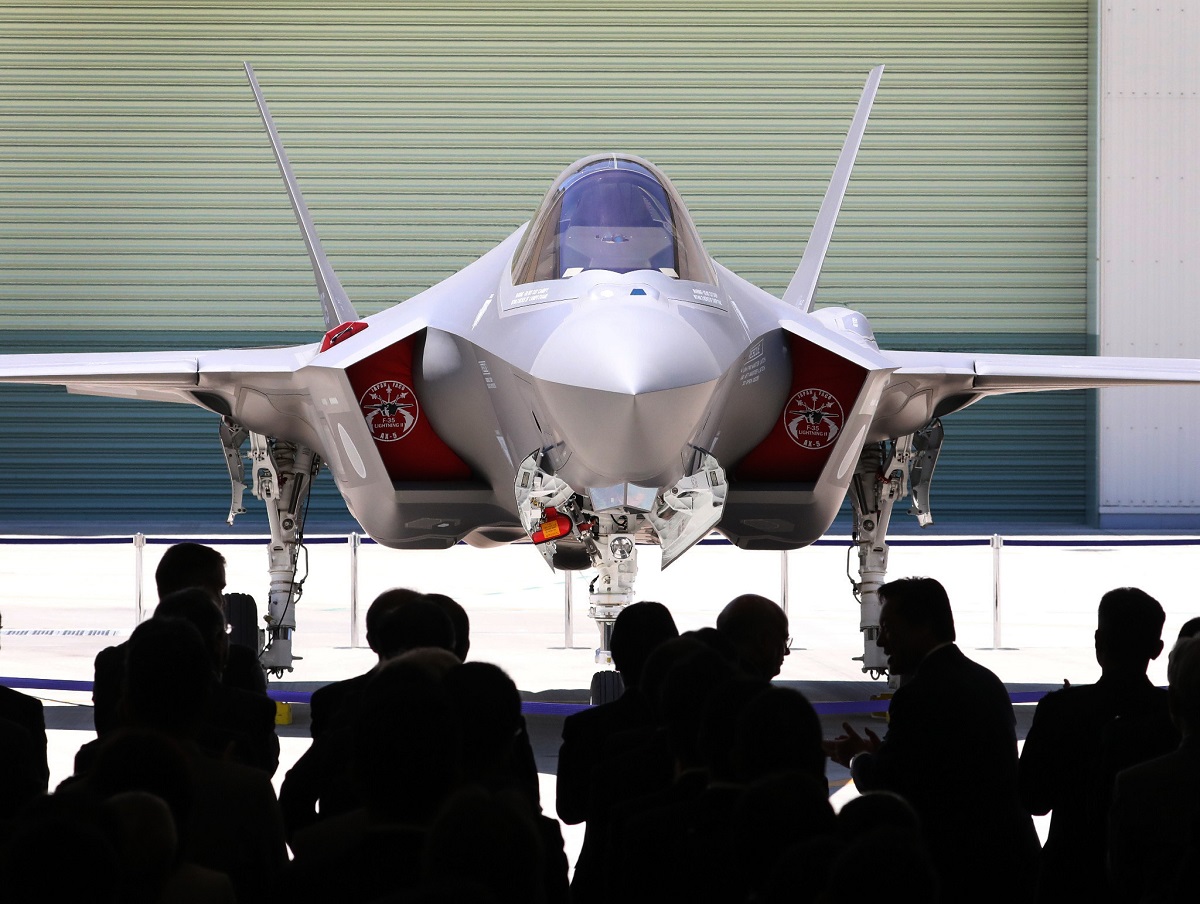 Switzerland is eyeing the F-35A, manufactured by Lockheed Martin, for its "Air 2030" program. (STR/AFP via Getty Images)
7 of 9 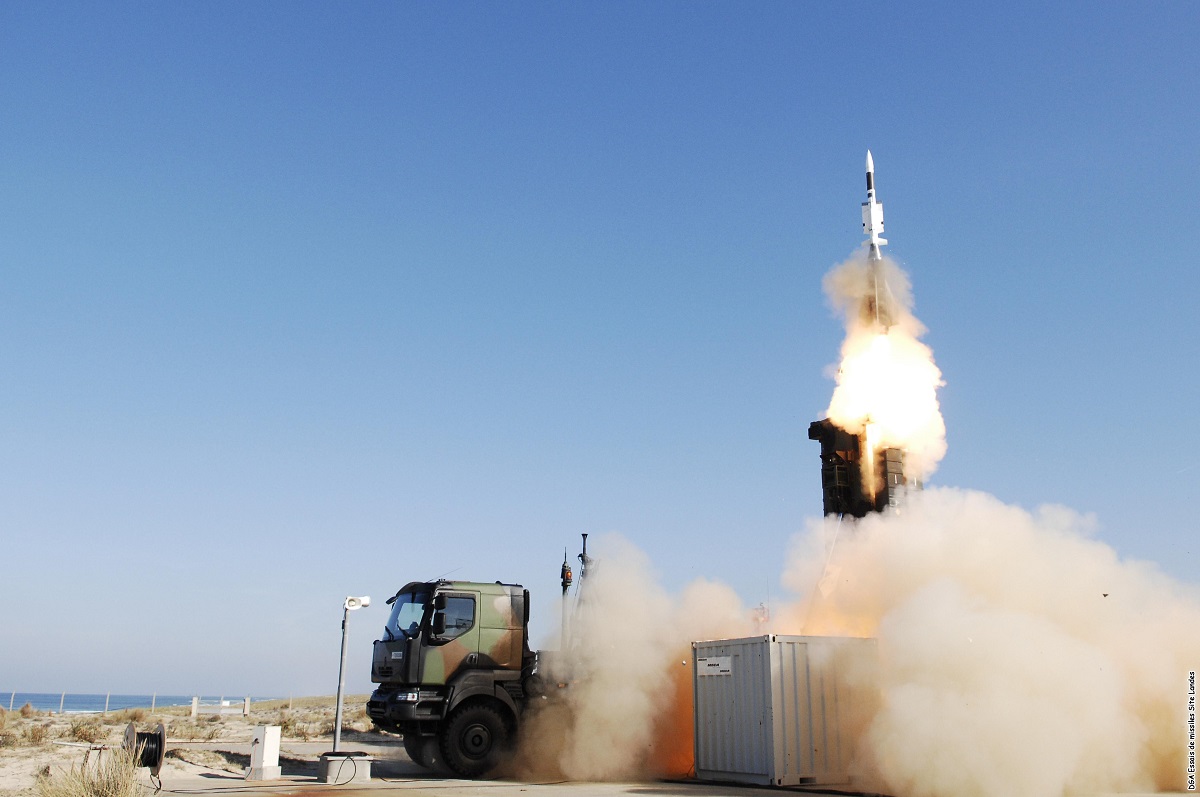 The SAMP/T system is on the short list for Switzerland's ground-based weapons procurement effort. (MBDA)
8 of 9 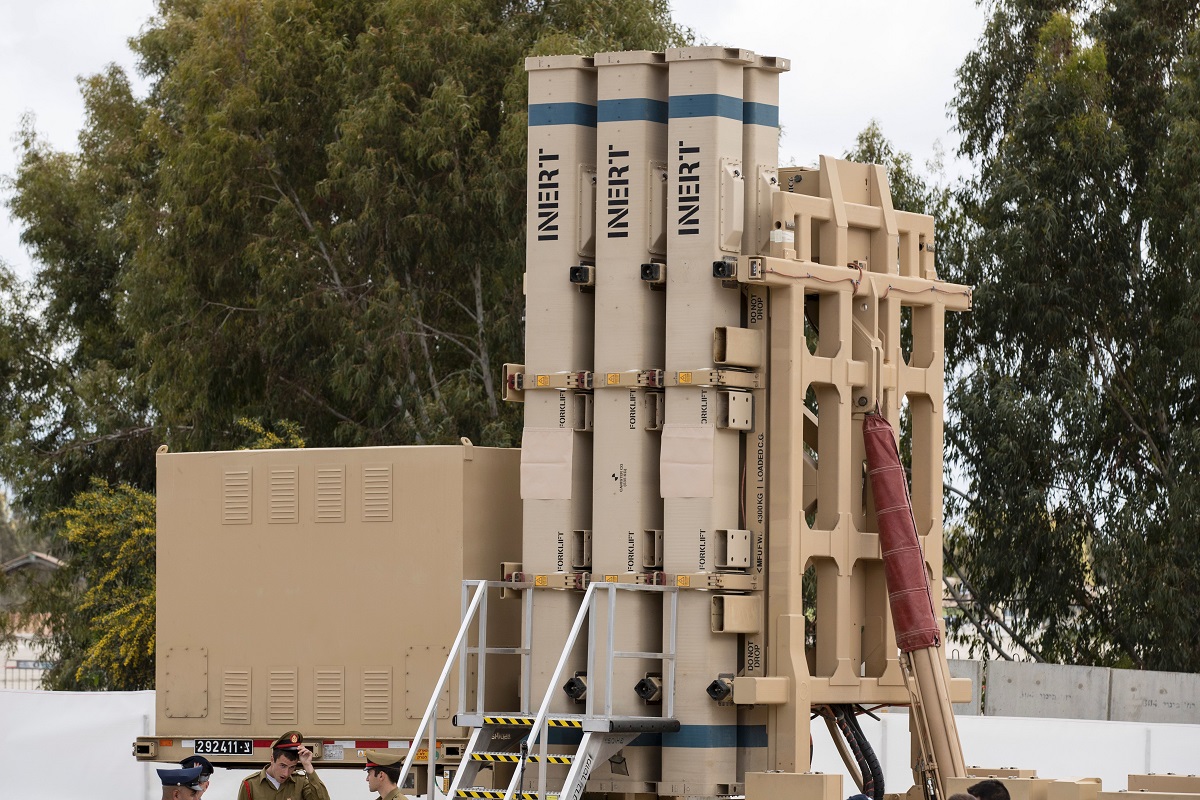 The David's Sling missile defense system could end up in Switzerland as part of an air-defense procurement effort. (Jack Guez/AFP via Getty Images)
9 of 9 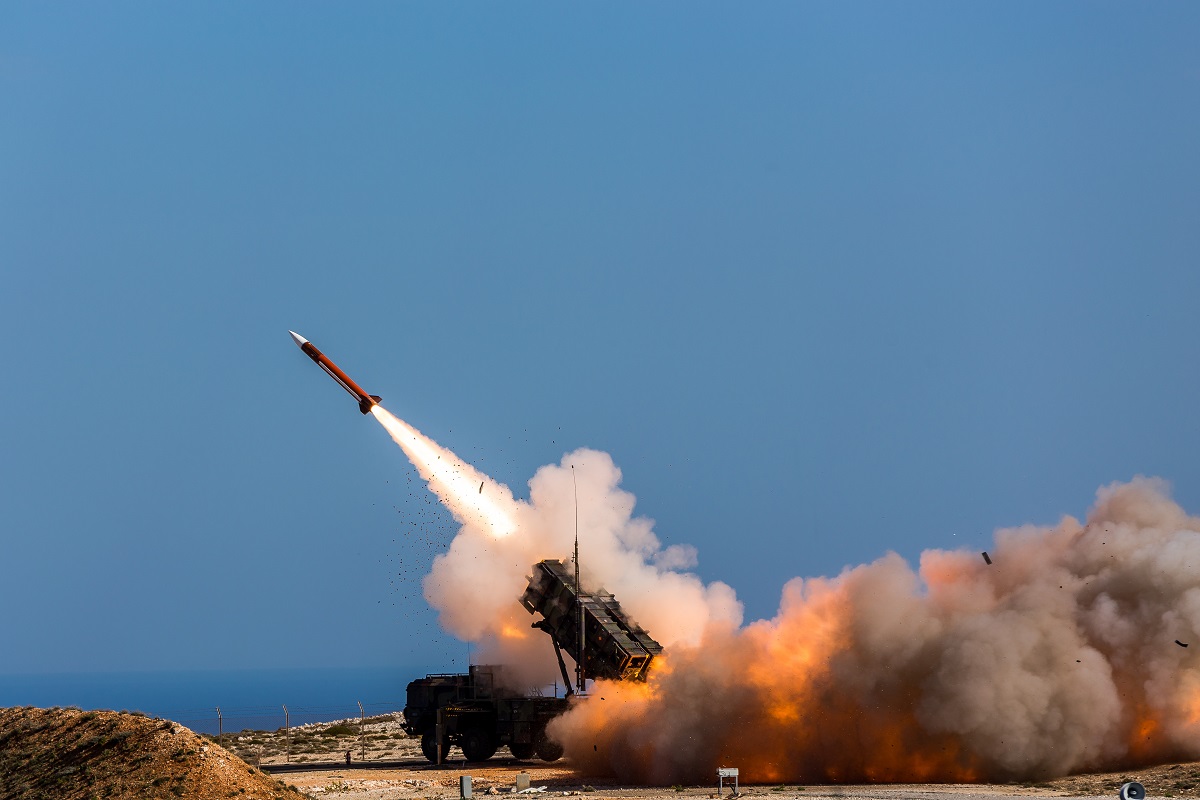 COLOGNE, Germany — Swiss officials have unveiled details of their envisioned reboot of the country’s air-defense complex, setting the stage for purchases of aircraft and ground-based missiles totaling more than $8 billion.

The head of Switzerland’s defense and civilian protection department, Guy Parmelin, on Friday unveiled a list of requirements for the “Air 2030” program that the neutral country wants to begin fulfilling in the mid-2020s to defend its skies and repel intruders.

The existing fleet of decades-old F/A-18 and F-5 jets is considered too outdated for the task.

New aircraft under consideration include the Airbus Eurofighter, Dassault's Rafale, Saab's Gripen, the F/A-18 Super Hornet from Boeing and Lockheed Martin's F-35A, according to the March 23 list of requirements published by the defense department.

Ground-based weapons on the short list are the Eurosam consortium’s SAMP/T system; the David’s Sling missile shield from Israel; and Raytheon’s Patriot system. Swiss officials want to protect an area of 15,000 square kilometers with ground-based weapons, which is more than one-third of the country. They also seek to intercept targets up to 12 kilometers high and 50 kilometers away.

The envisioned concept of operations dictates that a fleet of roughly 40 aircraft will intercept those targets outside of the ground weapons’ range. Officials want enough capacity to have four planes in the air at any given time during crises.

Request for proposals for an acquisition program are expected to be published in the summer, Renato Kalbermatten, a spokesman for the defense department, told Defense News in an email Tuesday.

Before a referendum is held about the project in the first half of 2020, ministry officials want to finish qualification of all potential vendors. That includes studying the data from a first round of proposals and collecting final offers from those still in the running at that time, according to Kalbermatten.

Referendums are a key tool of the Swiss political process. Asked by a Swiss news agency this month if the country would still have an air force if the population voted against spending money on Air 2030, Parmelin responded dryly: “That’s policymaking in Switzerland.”

The Swiss won’t be asked which type of aircraft the country should buy, only about the program as a whole. Government analysts would then decide which system is best suited for the task, Parmelin said.

A 2014 plebiscite saw the acquisition of Sweden’s Gripen defeated, a rare outcome for a referendum on security policy matters, Swiss national broadcaster SRF commented at the time.

Notably, Germany’s future TLVS air and missile defense system, a development based on the trinational Medium Extended Air Defense System, is missing from the lineup of candidate ground-based weapons. That is because the Swiss consider that system suitable only for short and medium ranges, according to Kalbermatten.

“As Switzerland has not had a defense system for long ranges since 1999, the first goal is buying a long-range system,” he wrote.

Exactly how much money will go to aircraft purchases and how much to ground weapons will depend on the interplay between the two program components ultimately picked, according to officials. However, previous estimates assume that $6 billion or $7 billion would be spent on planes.

Winning bidders must agree to arrange for 100 percent of the program cost to flow back into the Swiss economy through so-called offset agreements. Those can be negotiated after final contracts are signed, according to the defense department.

The government is looking for aircraft and missile hardware as is, meaning few to no “Helvetizations,” or Swiss-specific tweaks, would be made to the weapons, the new requirements document states. The ministry wants to purchase a single plane type under a “one-fleet policy.”

Sebastian Sprenger is associate editor for Europe at Defense News, reporting on the state of the defense market in the region, and on U.S.-Europe cooperation and multi-national investments in defense and global security. Previously he served as managing editor for Defense News. He is based in Cologne, Germany.

Sam Al Helli was commissioned Friday July 16 in Tampa, Florida as a Lieutenant in the Navy.

The future of Joint All-Domain Command and Control
Play Video