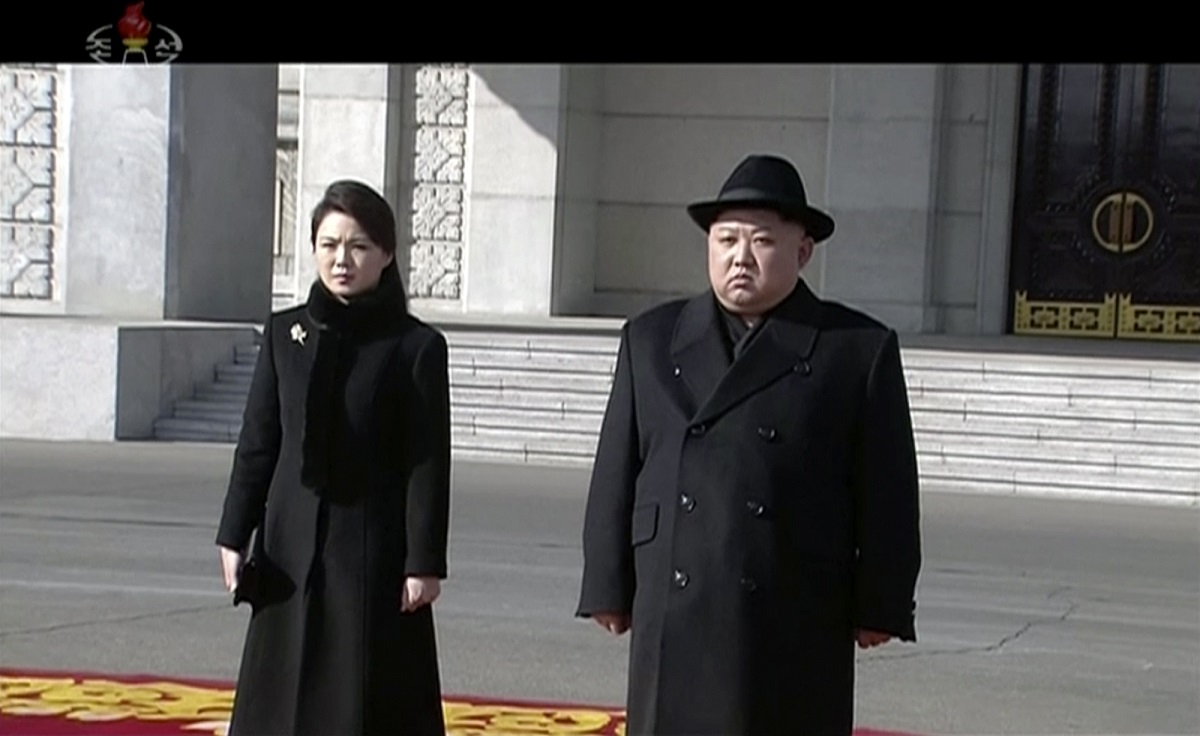 North Korean leader Kim Jong Un, right, and his wife Ri Sol Ju arrive at a military parade in Pyongyang on Feb. 8, 2018. The North held the parade a day before South Korea hosts the opening ceremony for the Winter Olympics in Pyeongchang. (Korean Central Television via AP)
2 of 9 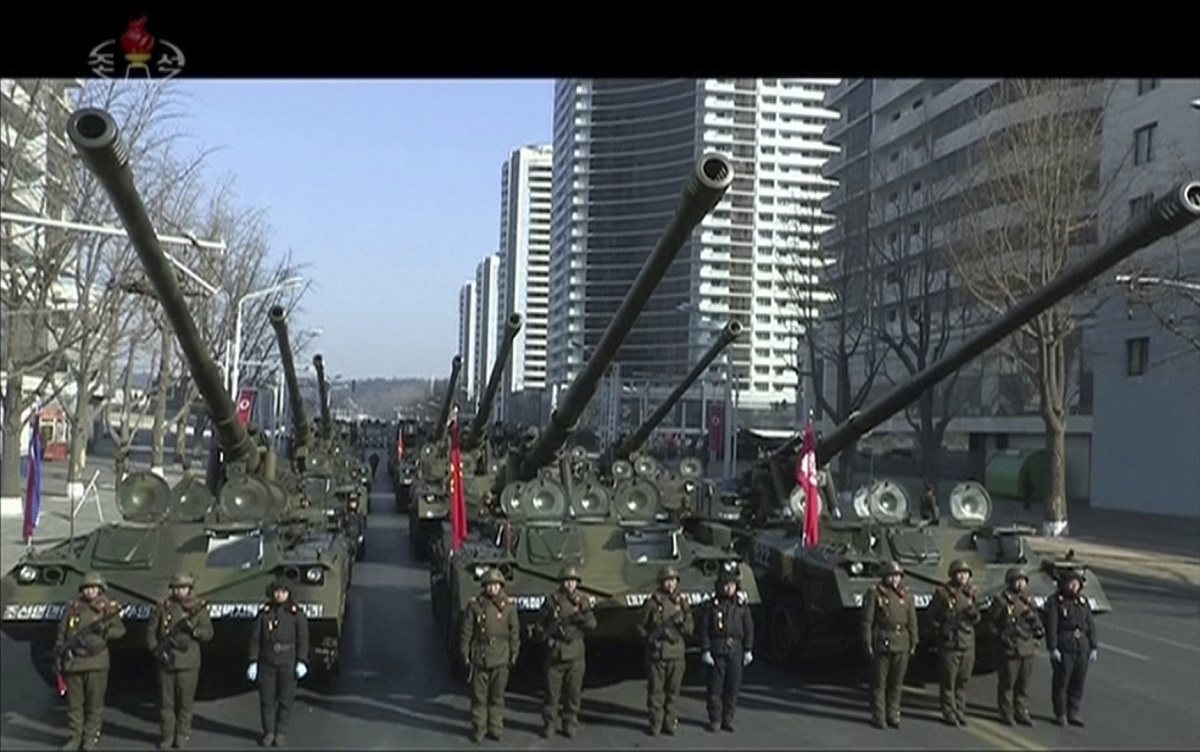 Military tanks are seen during a parade in Pyongyang, North Korea, on Feb. 8, 2018, just one day before South Korea hosts the Winter Olympics. (Korean Central Television via AP)
3 of 9 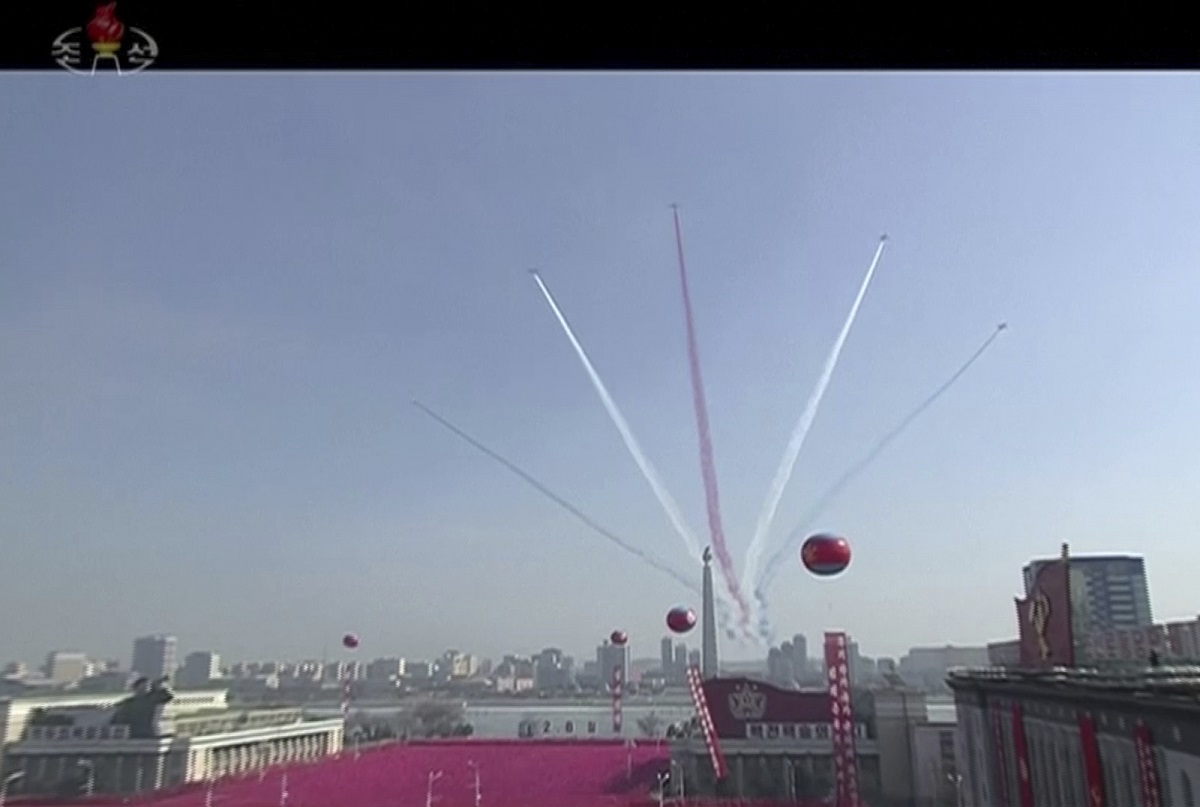 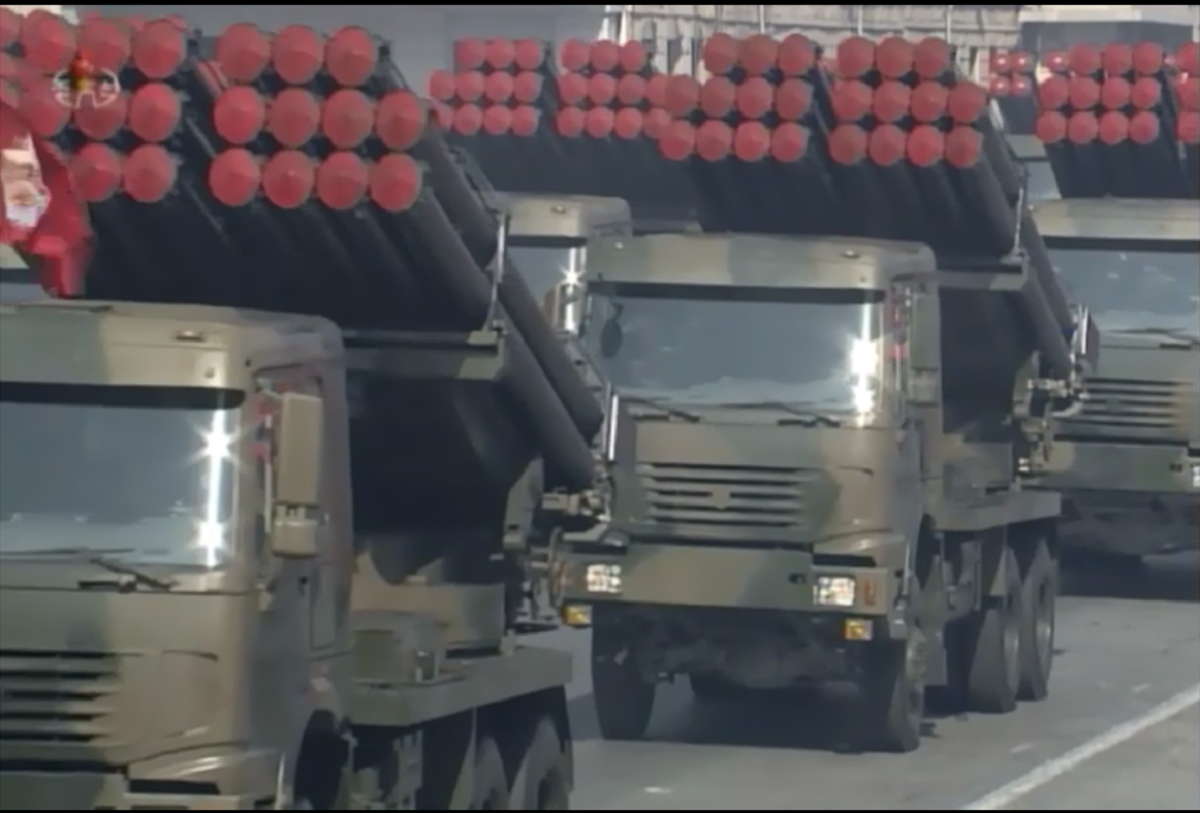 North Korea shows off its multiple launch rocket systems (theM1985 and M1991 are produced by the country). (Korean Central Television)
5 of 9 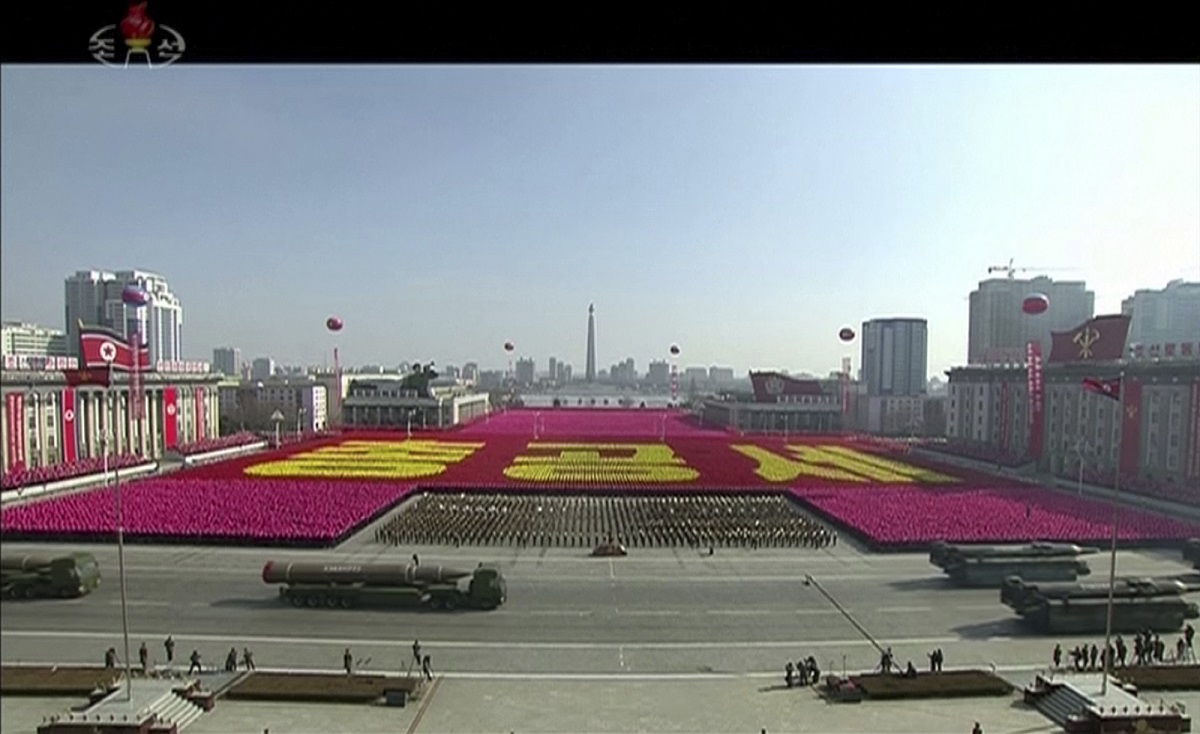 Hwasong-12 and Hwasong-14 missiles are displayed during a military parade held in Pyongyang, North Korea, on Feb. 8, 2018. North Korea held a parade highlighted by intercontinental ballistic missiles one day before South Korea hosts the opening ceremony of the Winter Olympics. (Korean Central Television via AP)
6 of 9 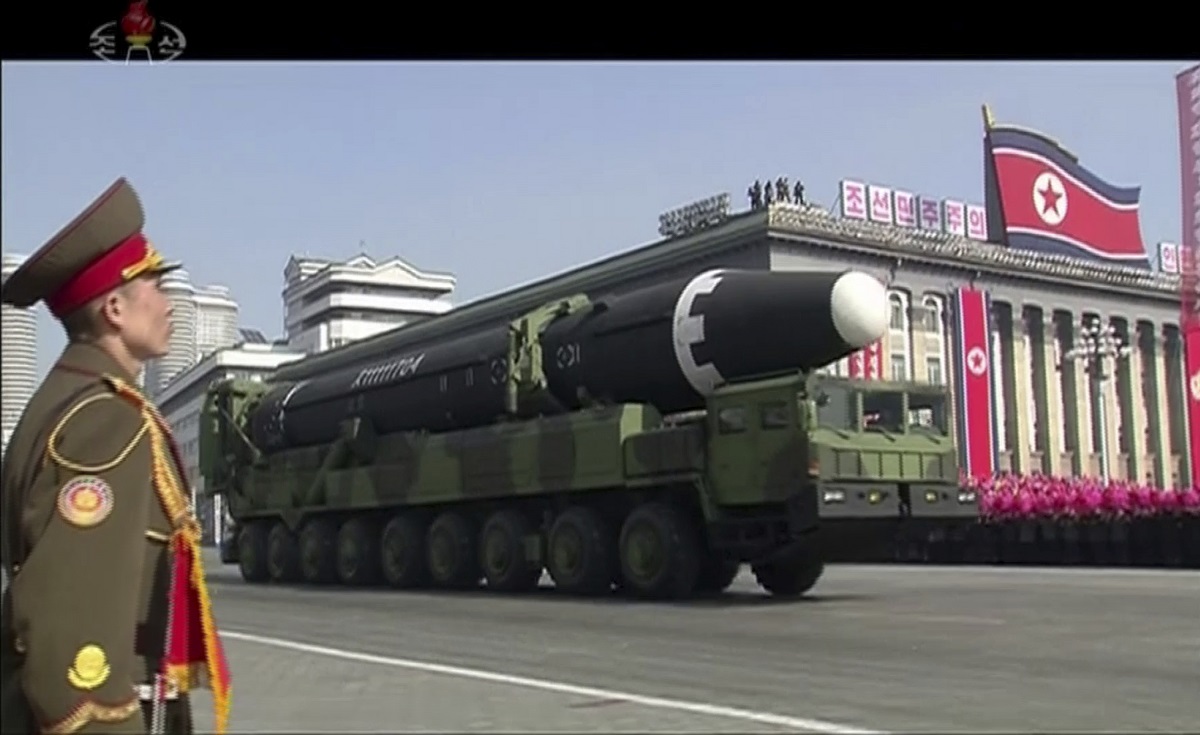 North Korea held a military parade highlighted by ICBMs in its capital on Feb. 8, 2018. (Korean Central Television via AP Video)
7 of 9 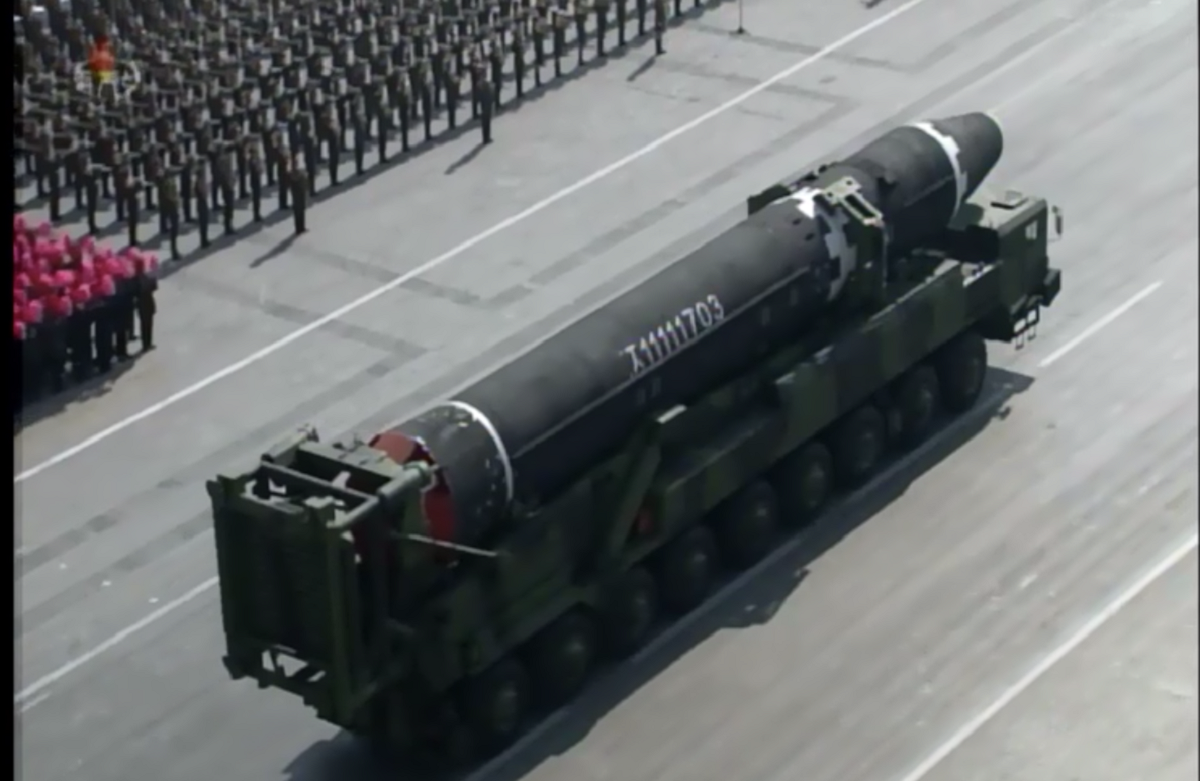 North Korea held the parade a day before South Korea hosts the opening ceremony for the Winter Olympics in Pyeongchang. (Korean Central Television)
8 of 9 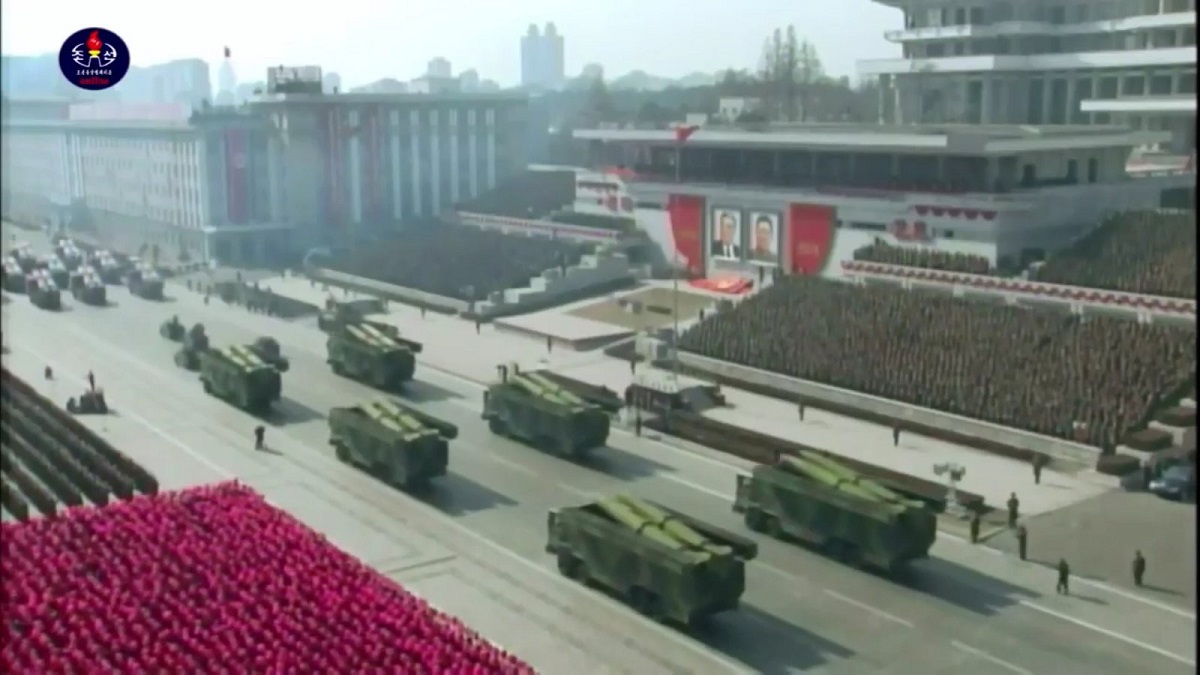 North Korea paraded its military arsenal through its capital in celebration of the 70th anniversary of the founding of the Korean People’s Army. (Korean Central Television)
9 of 9 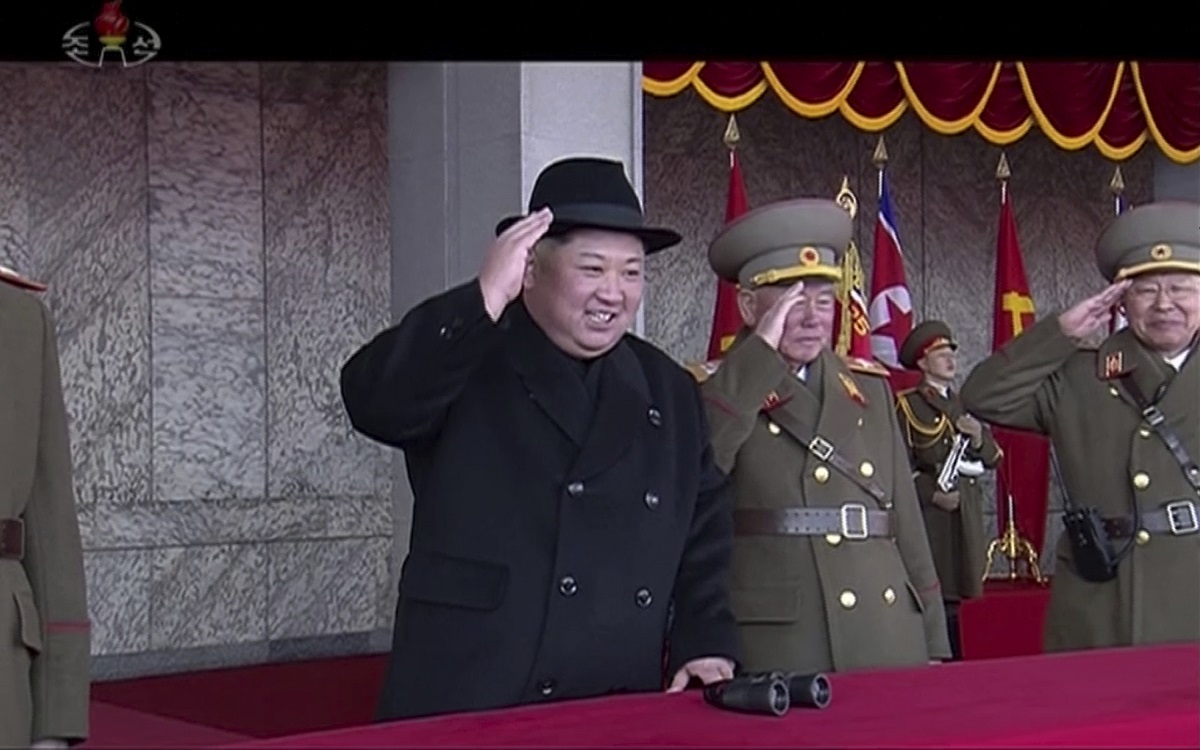 WASHINGTON ― On the eve of the Pyeongchang 2018 Winter Olympics, North Korea paraded its military arsenal through its capital in celebration of the 70th anniversary of the founding of the Korean People’s Army. Although much smaller than last years April 15 parade, the show offered a rare glimpse into the secretive country’s military.

Some of North Korea’s missiles, including the Hwasong-15 intercontinental ballistic missile, were rolled out on nine-axle TELs (transporter, erector and launcher). The TELs were configured to carry missiles by modifying Chinese WS512000 logging trucks, which are in short supply in the hermit kingdom.

Analysts pointed out that the three Hwasong-14 ICBMs that preceded its larger cousin were transported on semitruck tractor trailers, rather than TELs. North Korea is known to have at least six WS512000 trucks, and their scarcity is a known limitation of the country’s ICBM programs.

It remains unclear how many WS51200 #NorthKorea actually imported from #China, how many remain (and crucially in what missile configurations) or their ability to reproduce domestically but TELs could well be the weak link in their road mobile ICBM ambitions pic.twitter.com/pG8ql6CrLu

Seemingly the only newcomer that debuted in the parade was what appears to be an upgraded KN-02 short-range ballistic missile.

Some analysts believe the twin-missile TEL shares some features of the Russian 9K720 Iskander short-range ballistic missile, but it could also be a KN-02 extended-range variant. Although smaller systems like the KN-02 do not normally grab headlines, these missiles would feature heavily in any conflict on the Korean Peninsula.

Despite the diversity of systems displayed, there were several notable absences.

The down-sized parade could be a result of crippling sanctions targeting North Korean oil imports, but could also be a sign of improved inter-Korean relations.

For his part, U.S. President Donald Trump has reportedly had conversations with Pentagon leaders about the possibility of hosting a massive military parade in the United States.