TEL AVIV – "There’s a part of Israel in every F-35 that’s ever been built," a Lockheed Martin senior executive told a gathering of air power professionals here Thursday.

Speaking at an annual event of Israel Defense and the Fisher Institute for Air and Space Strategic Studies, retired U.S. Air Force Gen. Gary North, vice president for customer requirements at Lockheed Martin Aeronautics, said the firm has already contracted more than $1 billion worth of structures, subsystems and components with Israeli industry.

And over the lifetime of the program, assuming Israel concludes follow-on buys for the full 75 planes authorized by the U.S. government, Israeli content in the multinational program is expected to exceed $4 billion, he said.

"We’re very excited about our partnership with the Israeli industry," said North.

He cited the aircraft’s helmet-mounted display system by Elbit Systems, in partnership with Rockwell Collins; outer wing sets by Israel Aerospace Industries; and aerostructures by Cyclone, an Elbit subsidiary, as examples of Israeli content provided to the multinational program.

Israel has contracted for 33 F-35A-model aircraft thus far, five of which are now in-country. A third tranche for another 17 F-35As have been approved by the government, and conclusion of the pending contract will bring the Israel Air Force’s fleet a full two squadrons of 50 planes. 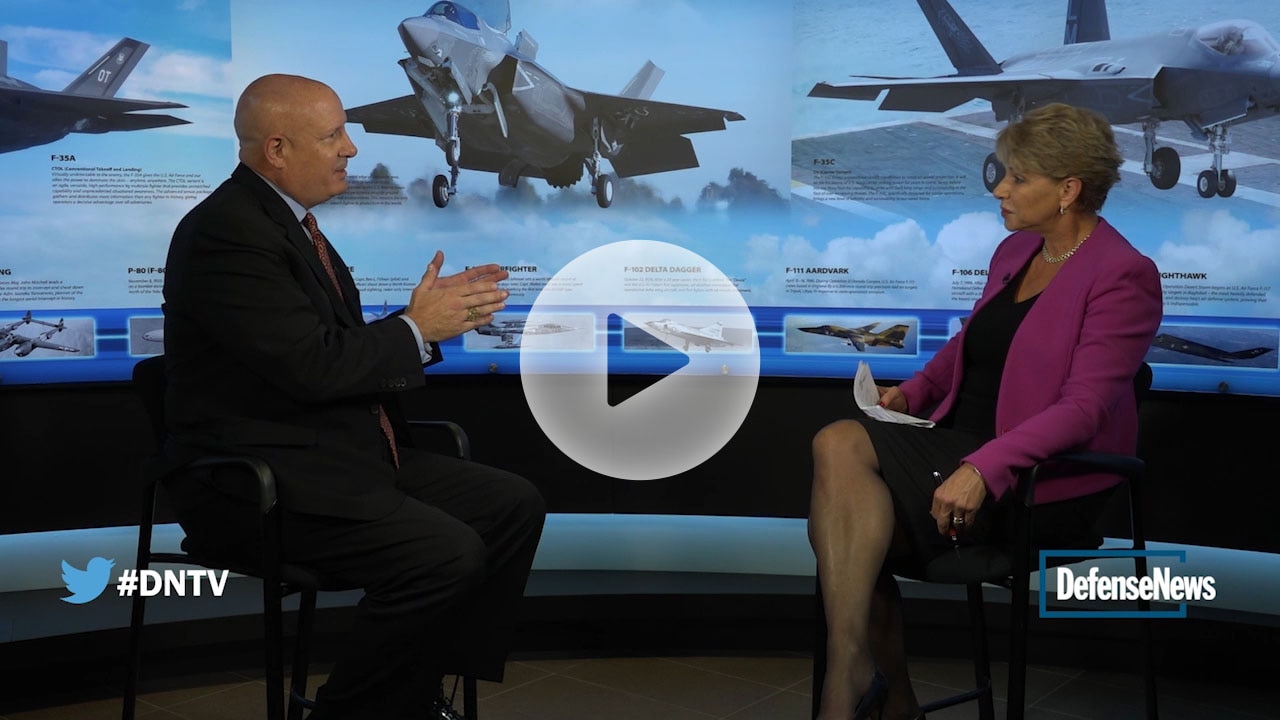 As for the remaining 25 aircraft pre-approved for Israel by Washington, Israel Air Force officials are beginning to speak openly about its desire for the F-35B-Short Takeoff and Landing (STOVL) model.

"We understand that [STOVL] brings a different concept for fighter planes in general and for the F-35 in particular… I expect we will be involved in this here in Israel as we go forward," Brig. Gen. Eyal Grinboym, commander of the F-35’s home base at Nevatim, told the same air power gatherin

In his address, Grimboym praised the aircraft for its performance, "fully-autonomous attack capabilities" and "the new concept" that it is introducing into the service’s entire frontline fighter force. He noted that the Israel Air Force is working to build new structures at his desert base in southern Israel to more appropriately accommodate the F-35 fleet.

As for North, the title of his lecture to the gathering was simply "F-35B STOVL," further indication of the growing interest here in the short-takeoff and landing variant. In an interview prior to his conference address, North declined to say how far along the firm was in discussions with Israel on potential acquisition of the F-35B.

Nevertheless, North, a former commander of U.S. Air Force operations in the Pacific and Middle East theaters, said the B-model offers unique added value in scenarios where assets may have to operate from dispersed locations.

"The recent US Tomahawk strike into Syria demonstrates that fixed airfields could be destroyed or made unusable for a short period of time. So the B-model, with short takeoff and vertical landing, is a phenomenal platform that brings operational flexibility."

If your wallet has the post-holiday blues, you’re not alone. If you're like the 42% of military families that used credit cards to cover holiday purchases, it could be time for a balance transfer.