NATIONAL HARBOR, Md. — Aurora Flight Sciences, in partnership with the Defense Advanced Research Projects Agency, is one step closer to developing an unmanned aircraft with the speed of an airplane and the agility of a helicopter.

A 20 percent subscale vehicle demonstrator of the XV-24A LightningStrike Vertical Take-off and Landing (VTOL) X-Plane completed its planned flight test program in early March at Webster Outlying Field in Southern Maryland. With only five minute endurance, the demonstrator was able to validate a number of key technologies for the full-scale aircraft, including the tilt wing/tilt canard configuration, aerodynamics, avionics architecture, flight control algorithms and software.

"It became apparent that rather than focusing on a particular mission set there was a great advantage to pushing technology to encourage development of new design spaces," said Ashish Bagai, the program manager at DARPA’s Tactical Technology Office supporting the XV-23A program. "A lot of aircraft simply fly fast or can fly like helicopters; but to bring them together so aircraft can do both, with the intent of advancing technology, to increase the industrial base, to exploit new design tools and materials, to exploit new configurations. [This can] enable [the military] to mix and match to meet mission requirements."

Aurora relied on 3D printing to verify design schemes, scaling those designs for the demonstrator. The demonstrator’s endurance is only five minutes at a maximum speed of 100 knots, relying on a different propulsion system than the full scale aircraft has: 120 pounds of lithium powered batteries. 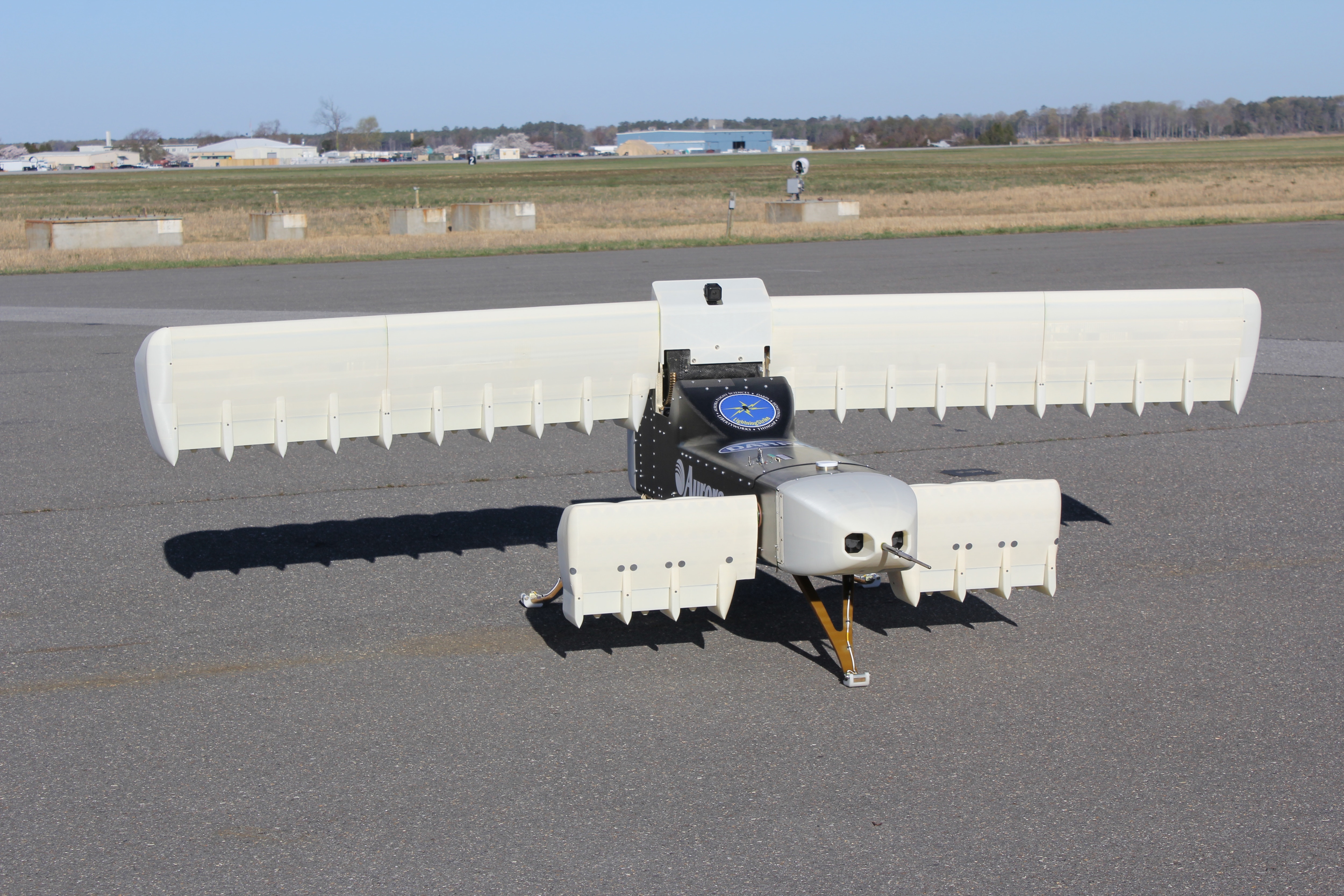 Photo Credit: DARPA
The full-scale aircraft – which will be 12,000 pounds versus the 325-pound demonstrator – will rely on an electric distributed propulsion system with 24 variable-pitch ducted fans driven by electric motors that provide thrust for both hover and cruise. A Rolls-Royce AE 1107C turboshaft engine, the same engine used in the V-22 Osprey, will drive three clean-sheet design Honeywell generators that power wing and canard electric motors.

Tests will then be conducted for the full-scale aircraft in 2018.

The XV-24A is being developed with the goal of being twice as fast as a helicopter – achieving a top sustained flight speed of 300 to 400 knots. It will be the first aircraft to demonstrate distributed hybrid-electric propulsion using a synchronous electric-drive system. Aurora CEO John Langford compared the potential to that of the The Bell XV-15  tiltrotor VTOL aircraft, a precursor to the V-22. The XV-24, he said, could ultimately contribute to a variant that emerges as a military mainstay.

"This has been one of the most phenomenal programs that anyone could have conceived or wished for," Bagai said. "Not to say it hasn’t taken a few years off my life, but they’re well invested."

Jill Aitoro is editor of Defense News. She is also executive editor of Sightline Media's Business-to-Government group, including Defense News, C4ISRNET, Federal Times and Fifth Domain. She brings over 15 years’ experience in editing and reporting on defense and federal programs, policy, procurement, and technology.

According to the Federal Reserve, one-quarter of Americans have no retirement savings at all. In fact, 44 percent worry that their saving isn’t on track. If you haven’t started saving for retirement, rest assured. It’s not too late to begin building that cushion.