The Marine Corps is launching its own version of YouTube — minus the comedy shows.

Starting next month, the Marines will launch a password-protected website that will allow troops and civilians with user accounts on MarineNet to share their own videos about better ways to train, work-out and learn skills for military occupational specialties.

MarineNet Video Services will only be available to MarineNet users, who can post educational videos that are approved by their units, said Capt Anthony Rybicki, MarineNet officer.

"We’re hoping that Marines will be taking videos while they are doing exercises out in the field, getting really good hands-on training, but then coming back and uploading the videos to the website so that other Marines can see how to do these good things," Rybicki told Marine Corps Times.

Rybicki is the project officer involved with the requirements, design and testing for MarineNet Video Services, which is set to launch next month. Over the past year, the 7th Marine Regiment and The Basic School have been running a test version of the website called "Ripper Academy." 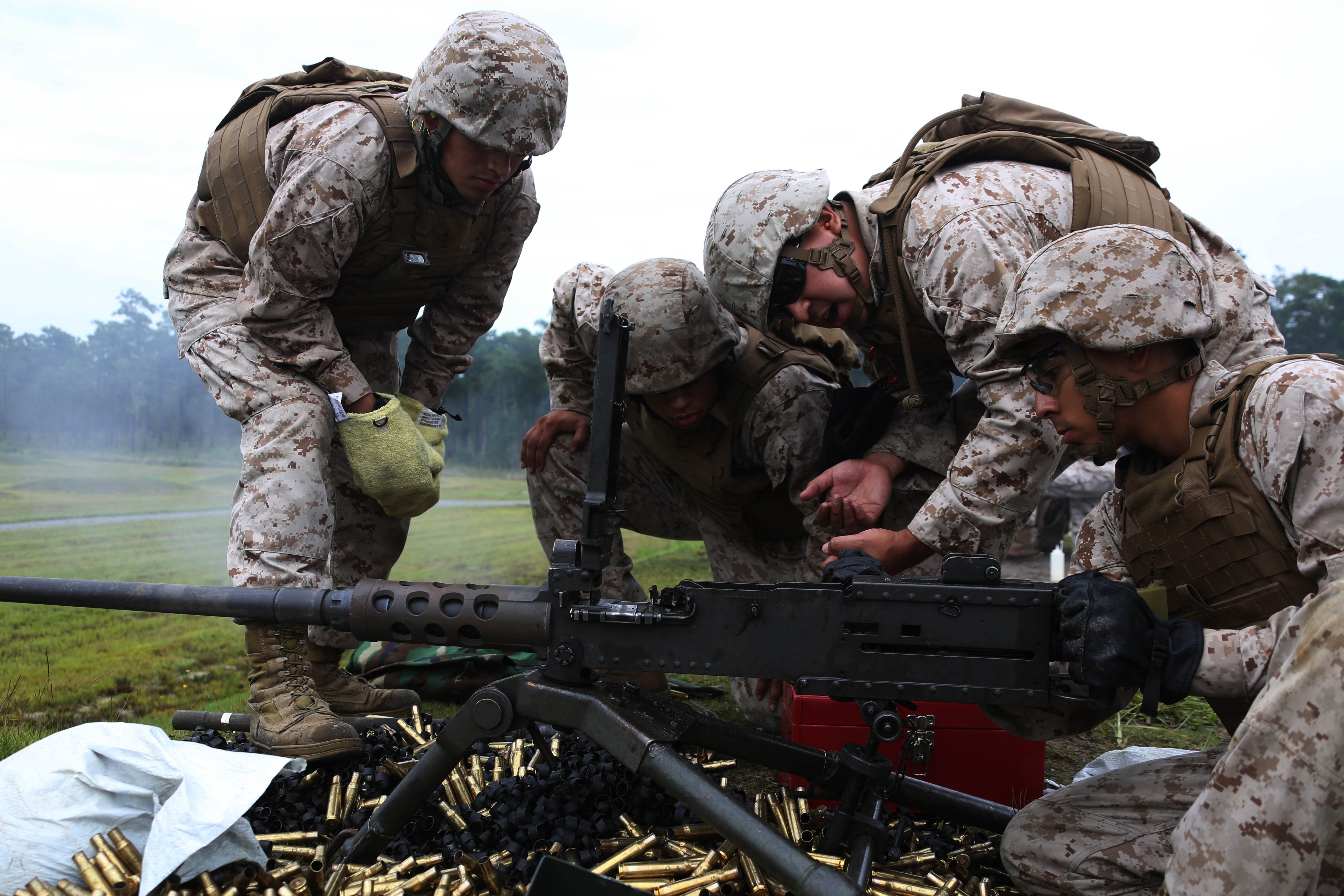 Marines conduct a barrel change for a Browning M2 .50-caliber machine gun during a weapons familiarization range at Marine Corps Base Camp Lejeune, North Carolina, Aug. 27, 2015.
Photo Credit: Cpl. Neysa Huertas Quinones.
Two examples of content Marines have posted on the test website are a video that shows how to properly assemble and disassemble an M2 .50 caliber machine gun and another video showing how to generate a maintenance report in the Global Combat Support System, Rybicki said.

"There will be functionality in the future where they can be private channels so that if there are units that don’t want other entities being able to see the videos, they could have a private channel," he said. "But as far as the initial release next month, any video that a Marine posts on MVS, other Marines and sailors on MarineNet will be able to see it."

Marines will not need to log on with the Common Access Cards to access the website, and that means they will be able to watch and upload videos by using their mobile devices, Rybicki said.

"The mobile piece is one of the big pieces that we wanted to ensure we were able to deliver because that adds a whole lot of capability as far as being able to share videos," Rybicki said. "A lot of people take videos on their mobile devices and then load them up to the internet straight from those same devices. So we wanted to give that capability to the Marines."

The idea for the video-sharing website came from a 2013 College of Distance Education and Training exercise that asked thousands of Marines how MarineNet could get better, he said.

"A significant portion of that sample pool had come back saying they would prefer to see some video-sharing capability for the Marine Corps because that’s one of the primary ways that they learn," Rybicki said.

Marines say live training is the gold standard for infantry — but they're increasingly seeing where that needs to be supplemented with synthetic training opportunities.

Lockheed Martin spent its own money developing this LITE trainer over the last 18 months after hearing signals from F-35 customers that they needed more training capacity for less cost.

With T-7 on the way, why is ACC eyeing a new trainer?

While the Air Force has a new trainer designed to teach new pilots how to fly in 5th generation fighter aircraft, the T-7A Red Hawk, Air Combat Command has started exploring the possibility of another Advanced Tactical Trainer.

The Navy wants to create better pilots for less cost, relying on simulators for more basic-level training and preserving the expensive live-flight hours for high-end tactics.

Guardsmen who refuse vaccination will not be able to participate in any drills or federal training, which could jeopardize their ability to stay in the military.