As part of these negotiations, the leaders are expected to discuss North Korea’s ballistic missile program, the preferred delivery mechanism for nuclear warheads. Get caught up on some of North Korea’s most important missile tests from 2017: 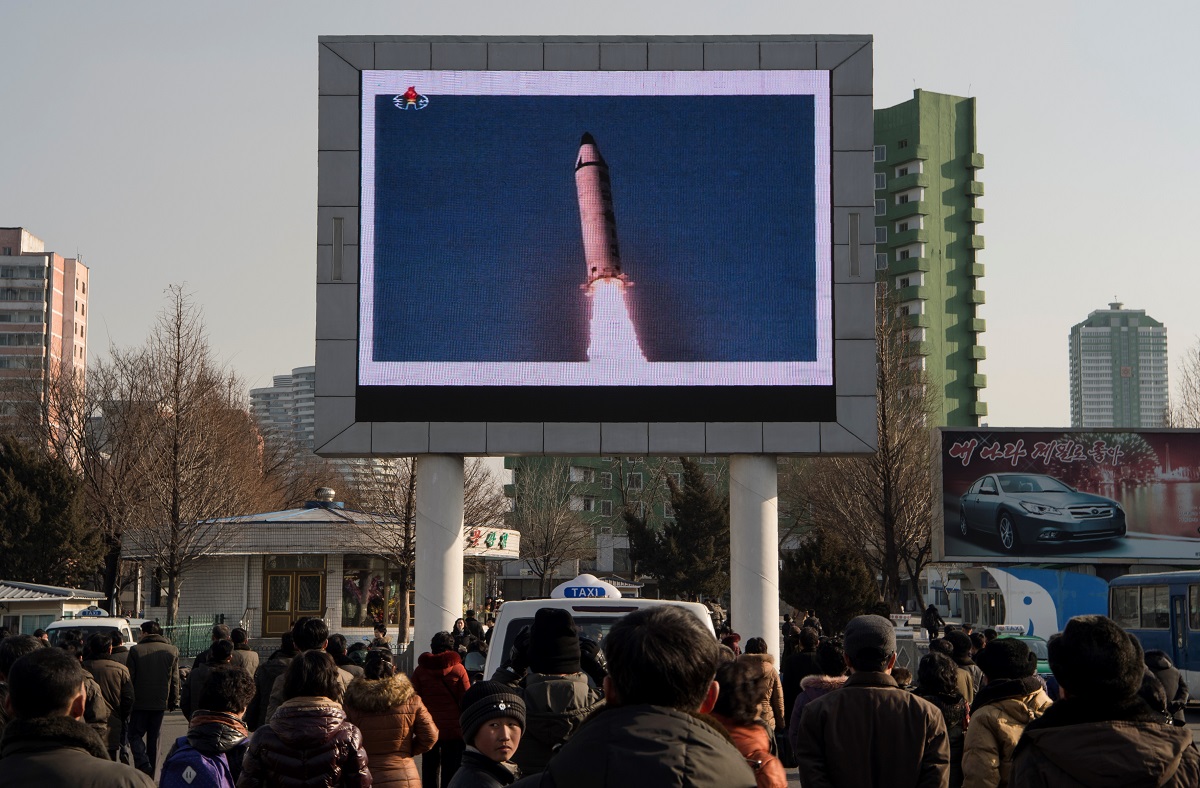 North Korea launched a Pukguksong-2, a surface-to-surface medium long-range ballistic missile, at an undisclosed location on Feb. 12, 2017. U.S. President Donald Trump vowed to deliver a strong response to the provocation. (Kim Won-jin/AFP via Getty Images)
2 of 10 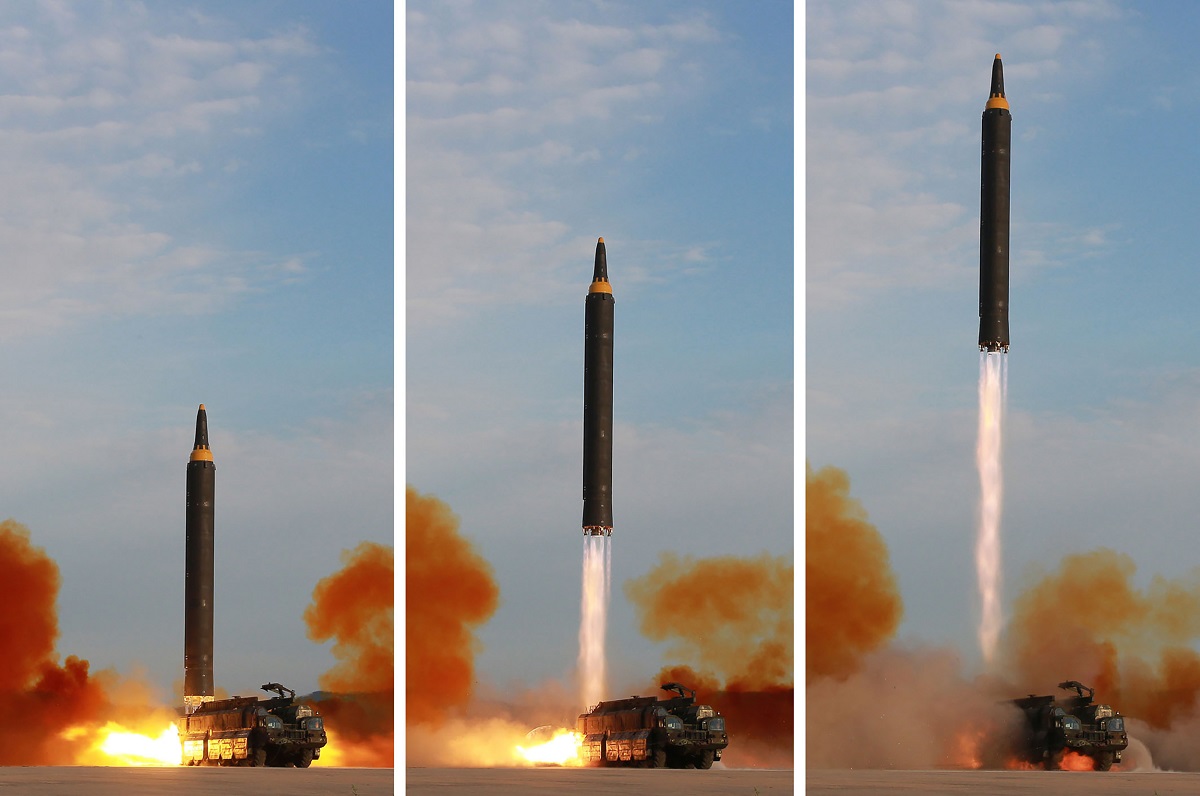 Three Hwasong-12 missiles were launched in April 2017. The first three tests of the Hwasong-12 intermediate-range ballistic missile are believed to have failed. Since these failures, the missile has complete three successful tests. It is capable of carrying a nuclear warhead and can be launched from road-mobile transporter erector launchers. This undated image released from North Korea's official Korean Central News Agency shows a launching drill of the Hwasong-12. (STR/AFP via Getty Images)
3 of 10 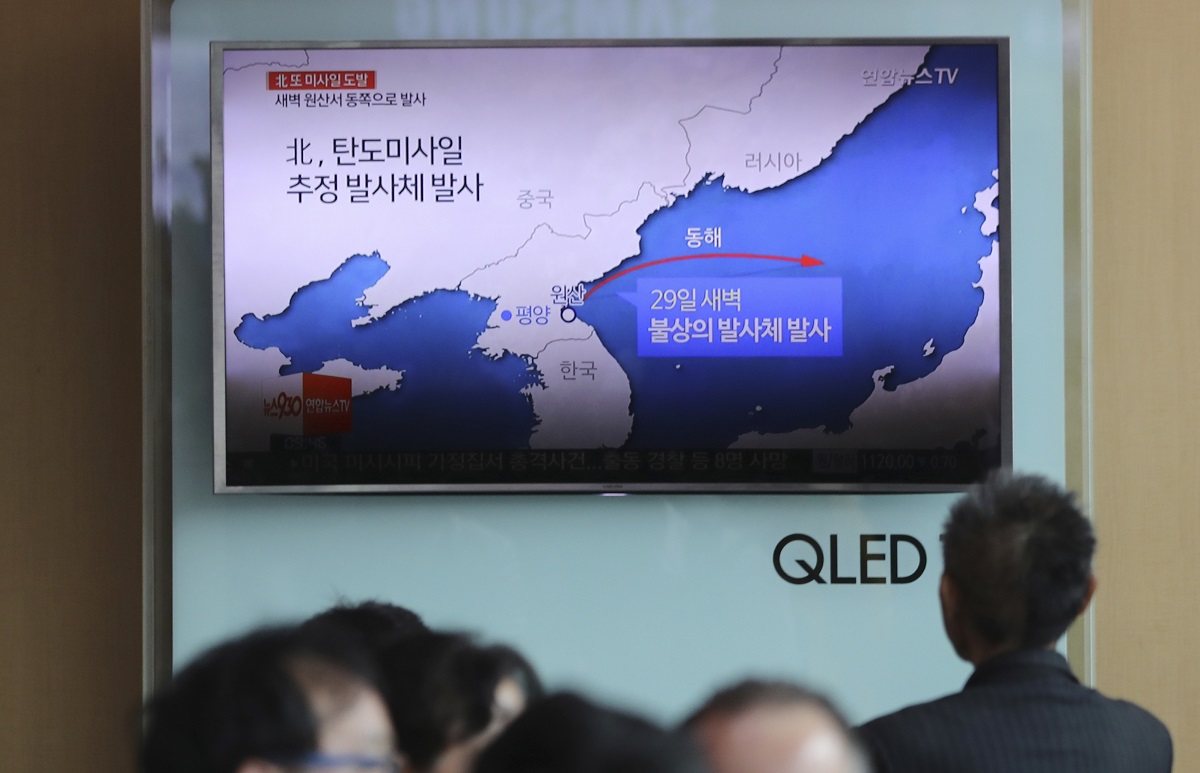 People sit in front of a TV showing reporting about North Korea's missile firing of a short-range Scud missile variant, known as KN-18. It demonstrated a new maneuvering capability for North Korea. The missile’s first test is thought to be a success, flying 450 kilometers before landing in the Sea of Japan. (Lee Jin-man/AP)
4 of 10 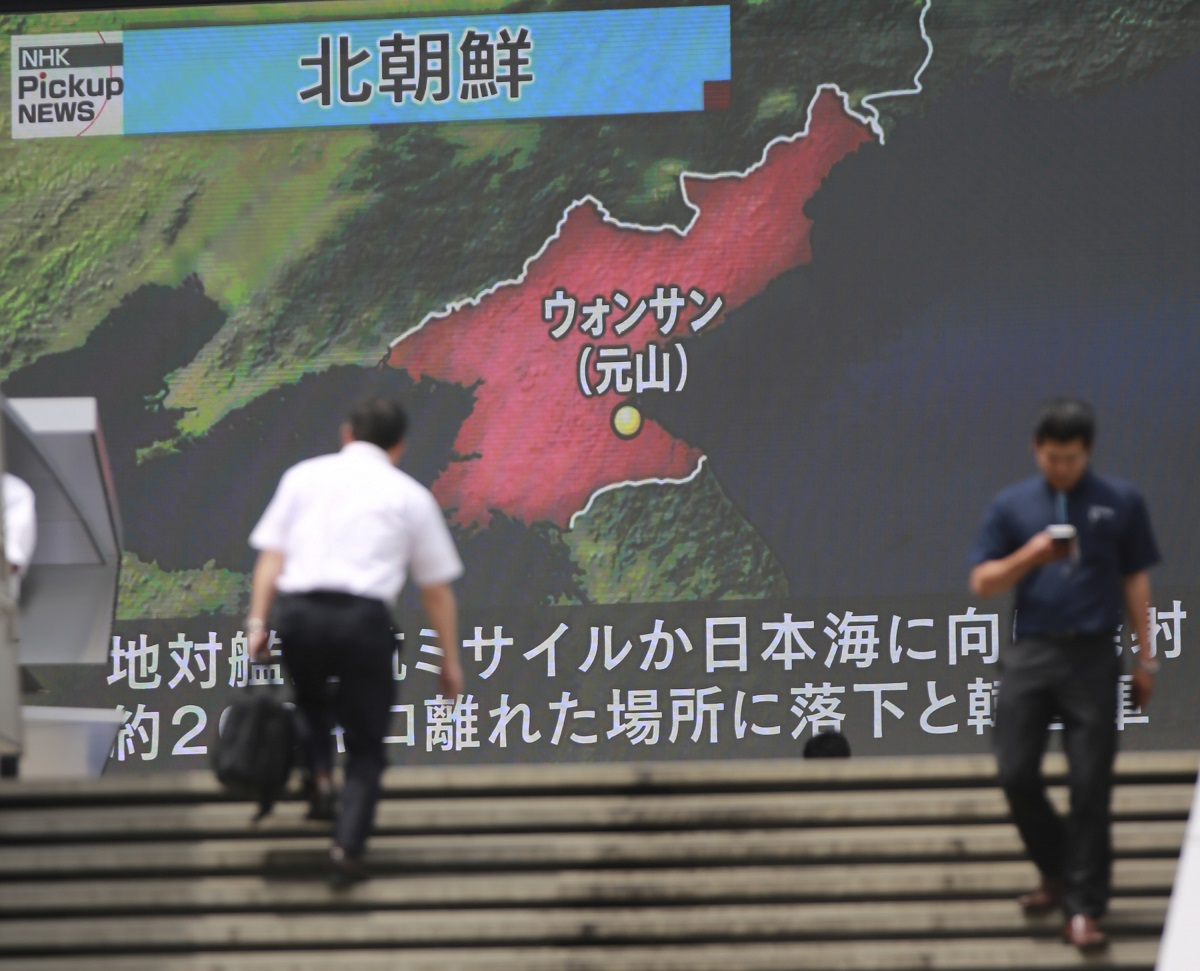 A screen shows a news program in Tokyo about North Korea's missile firing. A defensive rather than offensive capability, four Kumsong-3 missiles were tested June 8 in the Sea of Japan. Each missile flew about 200 kilometers. The missile is a North Korean variant of the Russian Kh-35 anti-ship cruise missile. (Eugene Hoshiko/AP)
5 of 10 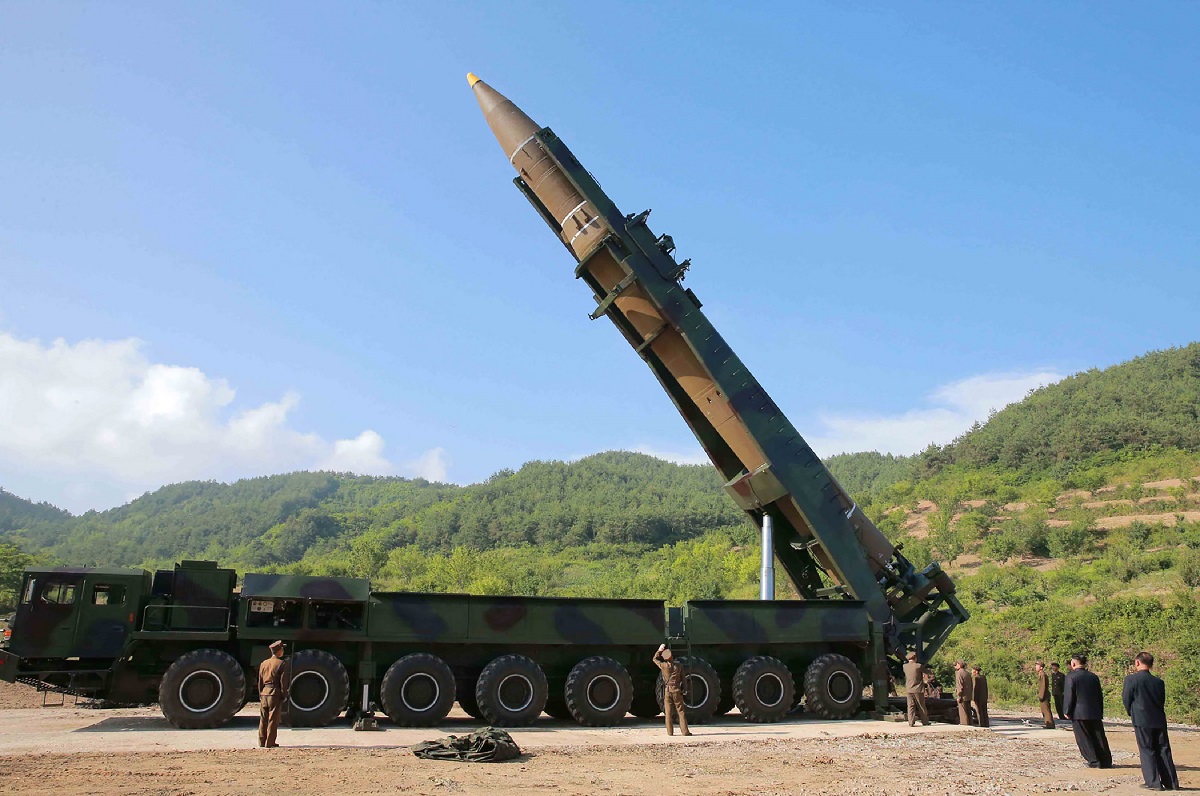 This picture from July 4, 2017, was released by North Korea's official Korean Central News Agency. It shows North Korean leader Kim Jong Un, second from right, inspecting the test-fire of the intercontinental ballistic missile Hwasong-14. Following the test, U.S. President Donald Trump tweeted: “North Korea has just launched another missile. Does this guy have anything better to do with his life?” (STR/AFP via Getty Images)
6 of 10 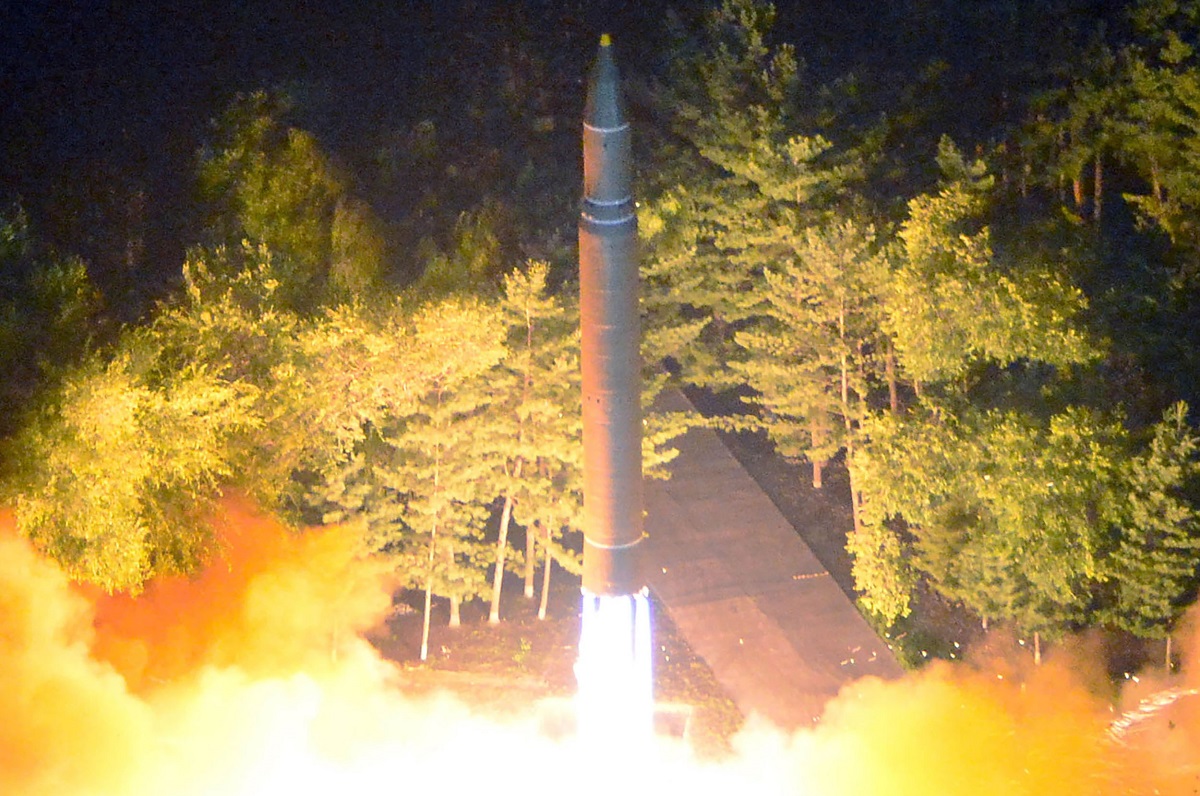 This July 28, 2017, picture released from North Korea's official Korean Central News Agency shows the Hwasong-14 being launched at an undisclosed location in North Korea. The Hwasong-14’s second test dwarfed its maiden launch. The missile flew for 47 minutes to a range of 1,000 kilometers and an altitude of 3,700 kilometers. It is unclear if the missile’s re-entry vehicle can survive the re-entry stress associated with intercontinental distances. (STR/AFP via Getty Images)
7 of 10 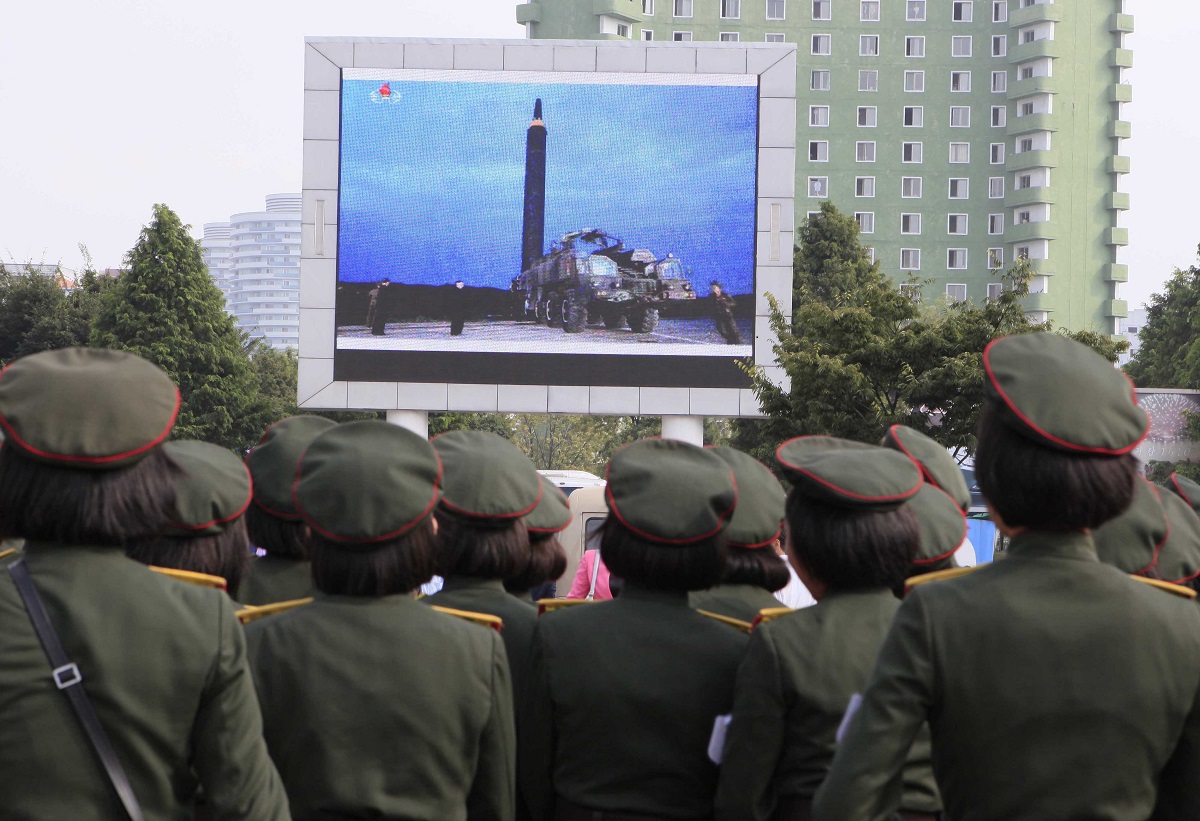 People fill the square of the main railway station to watch a televised news broadcast of the test-fire of the ICBM Hwasong-12 on Aug. 30, 2017, in Pyongyang, North Korea. Fired on Aug. 28, North Korea fired a Hwasong-12 over the northern Japanese island of Hokkaido. (Kim Kwang Hyon/AP)
8 of 10 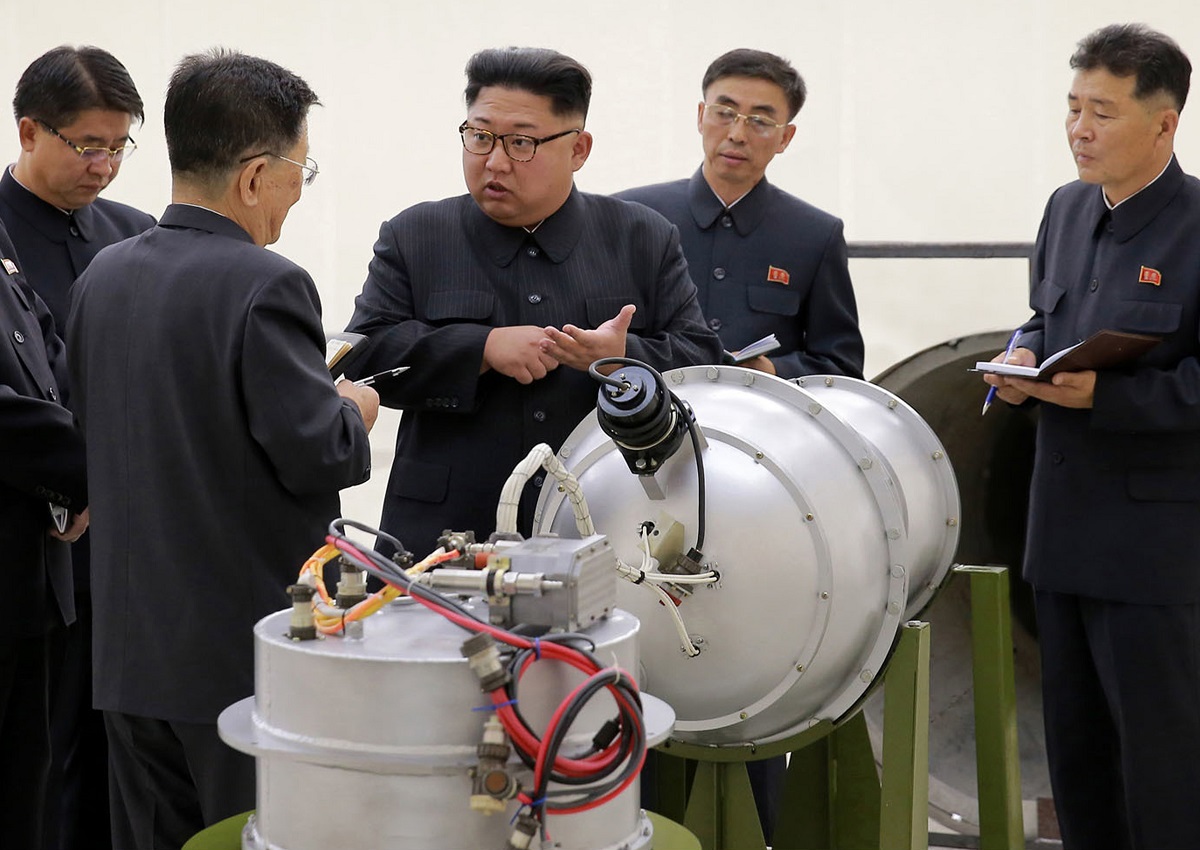 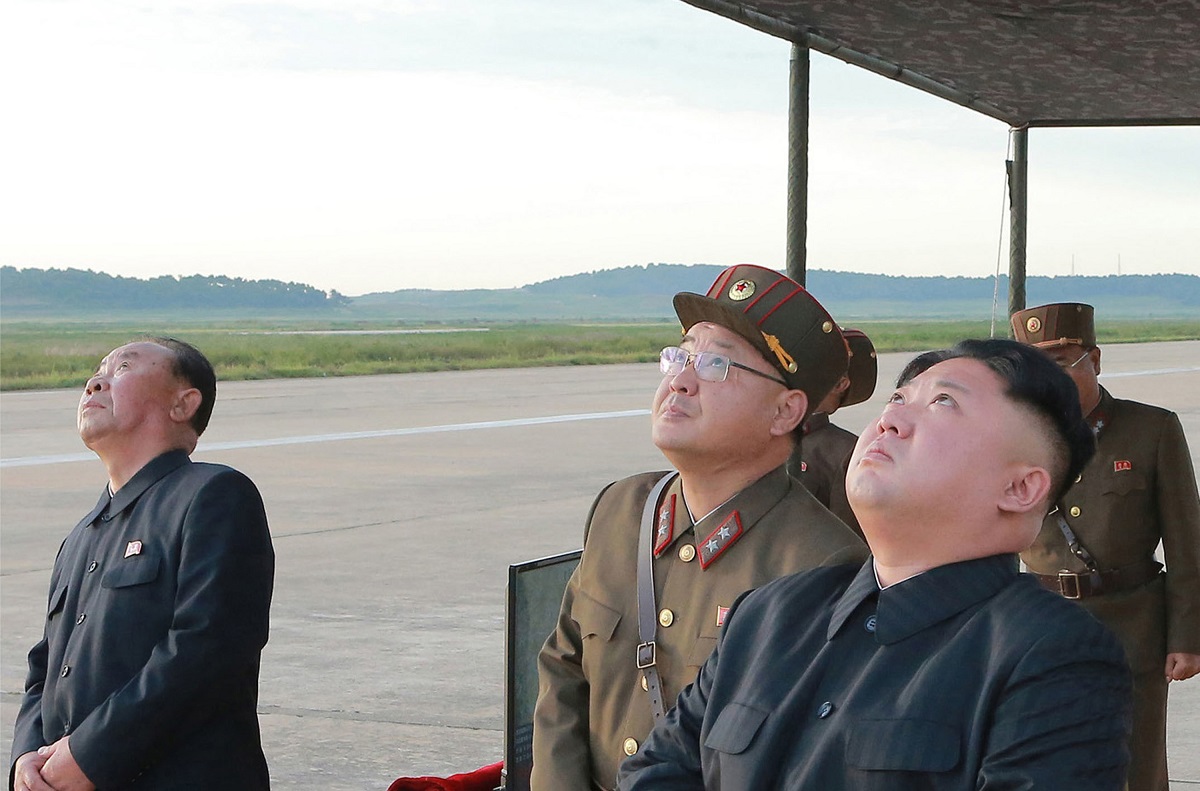 North Korean leader Kim Jong Un, right, watches what was said to be the test launch of an intermediate-range Hwasong-12 missile at an undisclosed location in North Korea in this undated image. The North tested that missile type Aug. 28, 2017. (Korean Central News Agency/Korea News Service via AP)
10 of 10 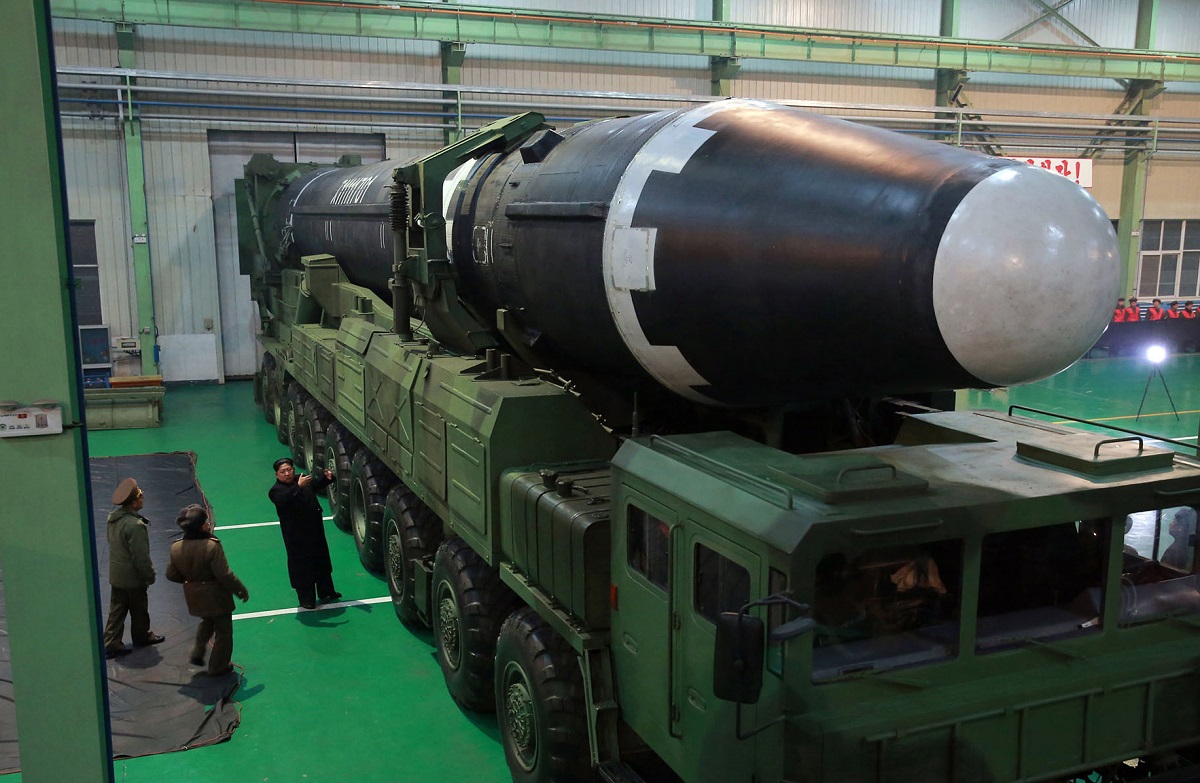