WASHINGTON — Russia may have accidentally revealed its new military satellites, according to an IHS Markit report.

On June 6, a group of Russian defense officials, including Minister of Defence Sergei Shoigu, toured the ISS Reshetnev satellite factory near Krasnoyarsk, Russia. Photographs from a Russian news agency were posted by the Russian MoD on the agency's website and appeared on the Press Association and Getty websites. 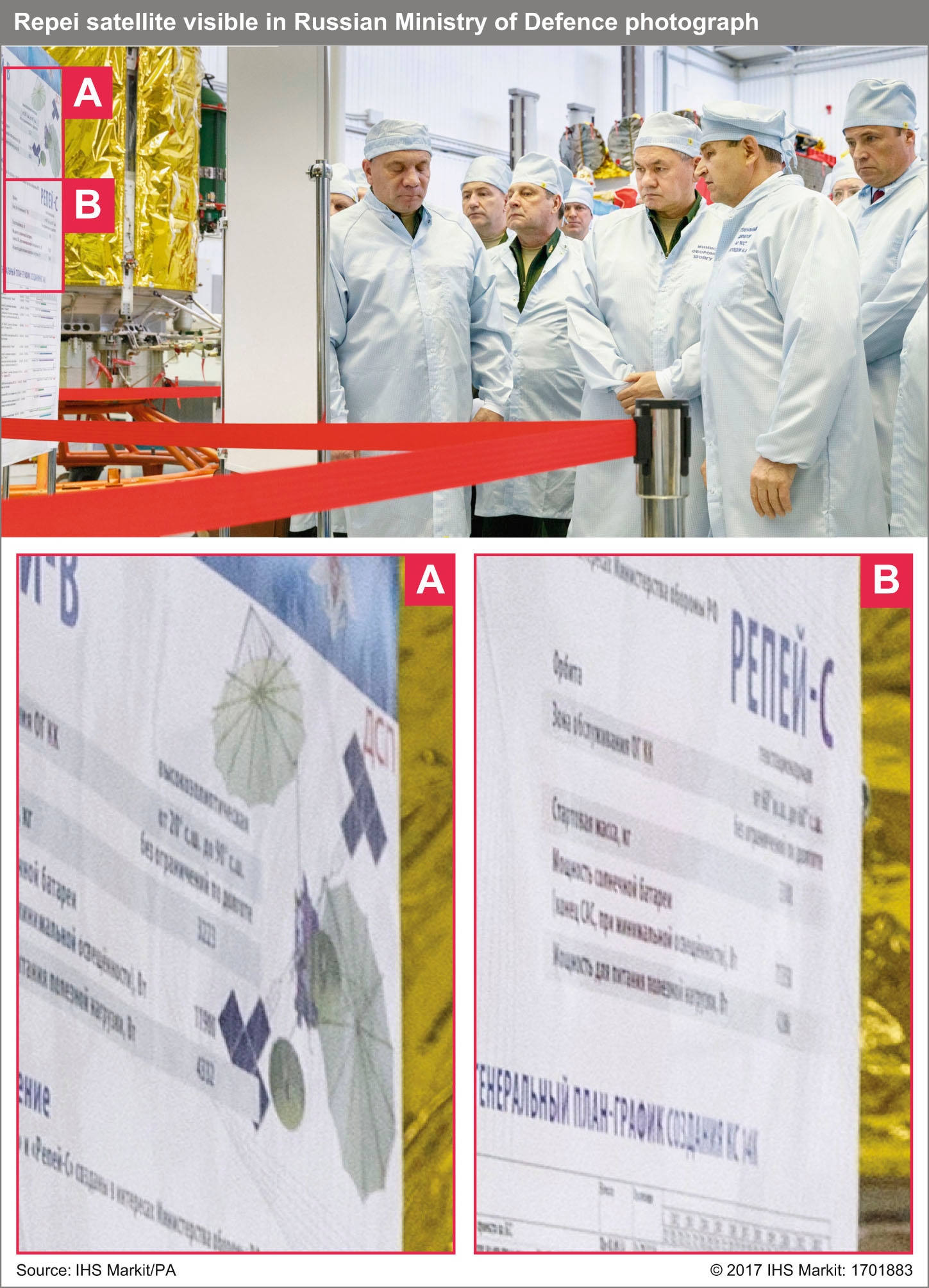 Analysis by Jane's Intelligence Review identified what could be a previously unknown Russian military satellite program.
Photo Credit: IHS Markit/PA via Business Wire
The photographs included information on the never-before-seen Repei satellites. The two geostationary satellites, Repei-S and Repei-V, have a pair of large antennae, meaning they could either be communications or intelligence-collecting satellites.

Bart Hendrickx, in a report for HIS Markit, said if the satellites are designed for signals intelligence, they "would represent an expansion of Russia’s intelligence collection capabilities in an area where … Moscow’s capabilities lag behind those of China and the US."

Or, Hendrickx said, "Repei" could be an alternate name for "Sfera," a line of satellites the ISS Reshetnev is reported to be manufacturing with similar characteristics as the leaked "Repei."

This isn’t the first time information has leaked from Russia, leaving questions as to whether the leak was actually an accident. In November 2015, Russian state television apparently intentionally leaked classified information on the Status-6, a nuclear torpedo.

If this recent information was a deliberate leak, it has not received the level of attention the nuclear torpedo did. Also of note, the picture of the satellite was removed from the MoD's website.

Lt. Gen. John Shaw said this week there’s a growing need for on-demand launch capabilities that can be leveraged to replace or augment satellites.

How do you make an MRE? Go inside the test kitchen