By The Associated Press
An Iranian military truck carries parts of the S300 missile system during the annual military parade marking the anniversary of the start of Iran's 1980-1988 war with Iraq, on September 21, 2016, in the capital Tehran. / AFP / CHAVOSH HOMAVANDI (Photo credit should read CHAVOSH HOMAVANDI/AFP/Getty Images)

The report said the test of the S-300 system came during a recent military exercise named Damvand, the name of Iran's highest mountain.

It said the test targeted various flying objects including missiles. With a range of up to 200 kilometers (125 miles) the S-300 is capable of simultaneously tracking and striking multiple targets. 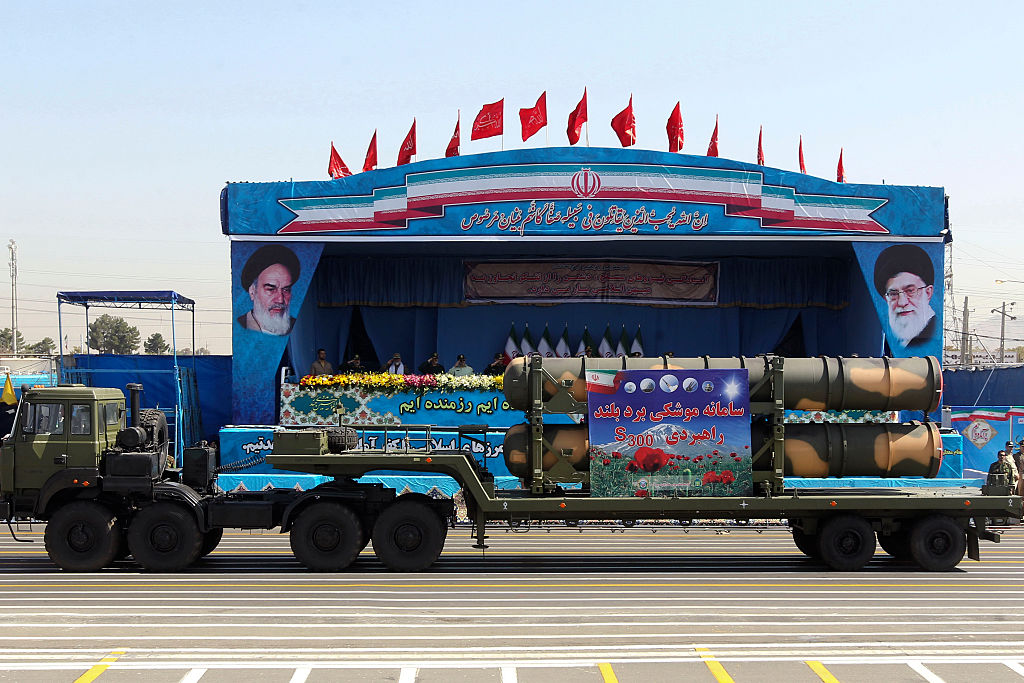 An Iranian military truck carries parts of the S300 missile system during the annual military parade marking the anniversary of the start of Iran's 1980-1988 war with Iraq, on September 21, 2016, in the capital Tehran.
Photo Credit: Chavosh Homavandi/AFP via Getty Images
State TV aired footage of the missiles launching from the back of trucks. It said the test was carried out in Iran's central desert.

Russia delivered the S-300 system to Iran in 2016, nearly 10 years after the initial contract had been signed. Iran signed the $800 million contract to buy the S-300 missile system in 2007, but Russia suspended their delivery three years later because of strong objections from the United States and Israel.

In 2016 a landmark nuclear deal between Iran and world powers went into practice under which Iran limited its nuclear activities in return for the lifting of sanctions.