3-Star: Every Soldier Must Be Deployable As Army Gets Smaller

As the Army works its way to an active-duty end-strength of 460,000 over the next 12 months, every soldier must be ready to deploy when needed, the Army’s top personnel officer said.

"The Army is people, and people are our most important asset, they’re our most important weapon," said Lt. Gen. James McConville, the deputy chief of staff for personnel (G-1). "We want to maintain a very high quality force that can fight and win the nation’s wars. What this means is that every soldier is critical, every soldier needs to be able to get on the field and play their position, both home and away."

To meet those numbers, the Army is scheduled to conduct involuntary separation or early separation boards in fiscal 2017, McConville said.

On average, 2,000 to 3,000 soldiers each year are affected by involuntary separations, he said.

"Most of the drawdown has been done by reductions in accessions, bringing less folks in," McConville said.

For officers, most of the involuntary separations affect those who have been passed over twice for promotion.

McConville said he expects promotion rates to "slowly move up" as the Army conducts more early retirement boards for colonels and lieutenant colonels.

For 2017, there are plans to conduct selective early retirement boards for colonels, lieutenant colonels, warrant officers and some captains, McConville said.

"For me, in this job, one of the most difficult things that we have to do is ask soldiers that have served honorably during a time of conflict to leave the service," he said. "We really don’t want to do that, but the drawdown numbers force us to do that." 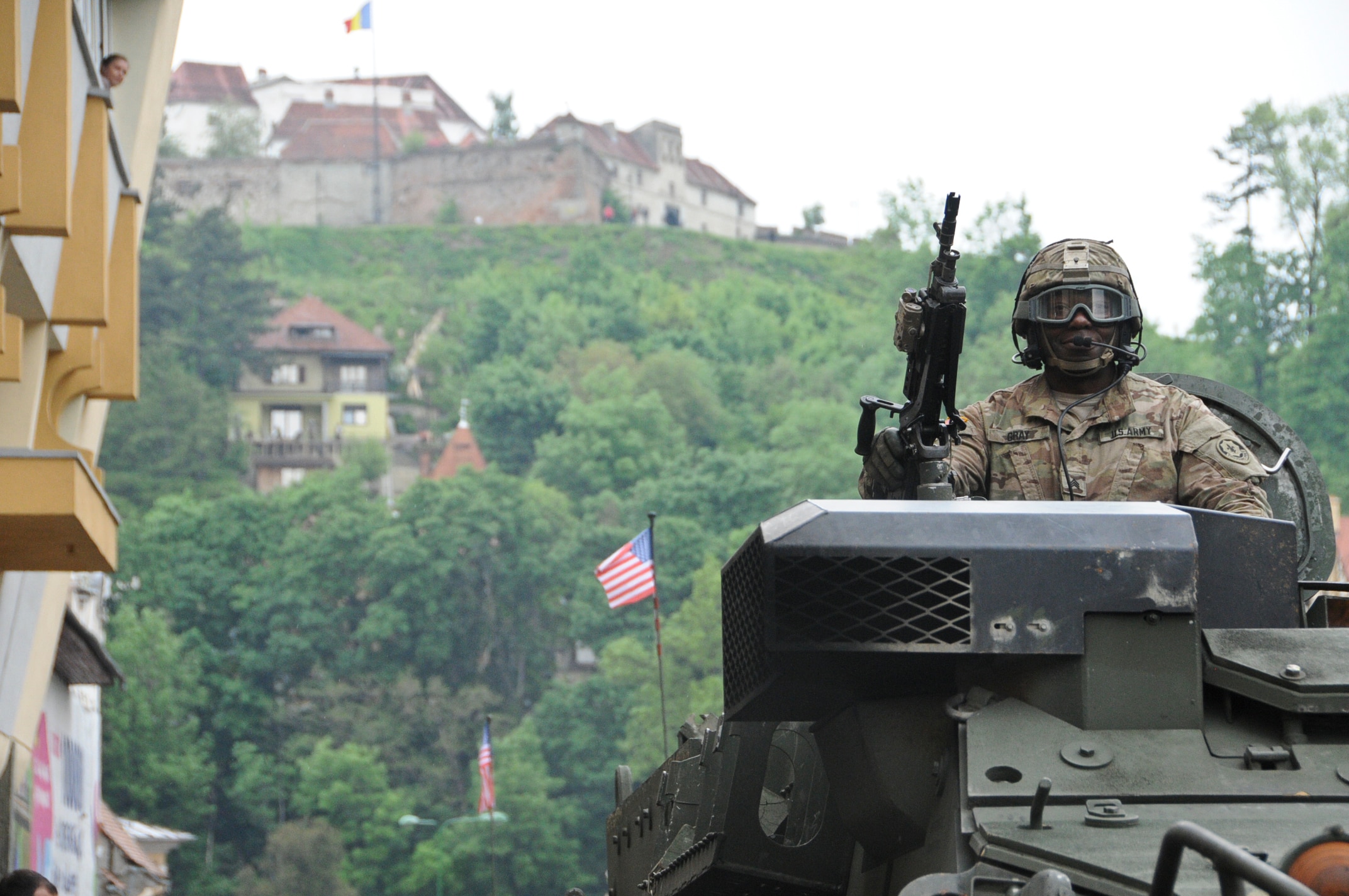 A U.S. Army infantryman assigned to 2nd Squadron, 2nd Cavalry Regiment rides in the gunner position of a Stryker armored vehicle during a parade welcoming the Soldiers to the city of Brasov, Romania, during the unit’s Cavalry March, part of ‪‎Operation Atlantic Resolve. Demand for soldiers around the world continues to increase even as the Army continues to get smaller.
Photo Credit: Sgt. William A. Tanner/Army
Enlisted soldiers have not been as heavily affected, as the Army has adjusted its recruiting numbers, McConville said.

This past year, the Army did not conduct any Qualitative Service Program boards for sergeants first class and master sergeants, he said. There are no plans to conduct any QSP boards in 2017, either, he said.

QSP boards screen for involuntary separation those noncommissioned officers in specialties that are over strength or have stagnant promotion opportunities, or both.

"We do not want to do QSPs if we can help it because we’re taking qualified NCOs who happen to be in an overstrength [military occupational specialty] and asking them to involuntarily leave the Army," McConville said.

"The QMP is not a drawdown tool, but it tends to work that way because it does reduce the force," he said. "With QMP, we’re sending before boards soldiers that have derogatory information in their files or haven’t been able to meet their professional military education standards. They’re basically not qualified in their MOS." 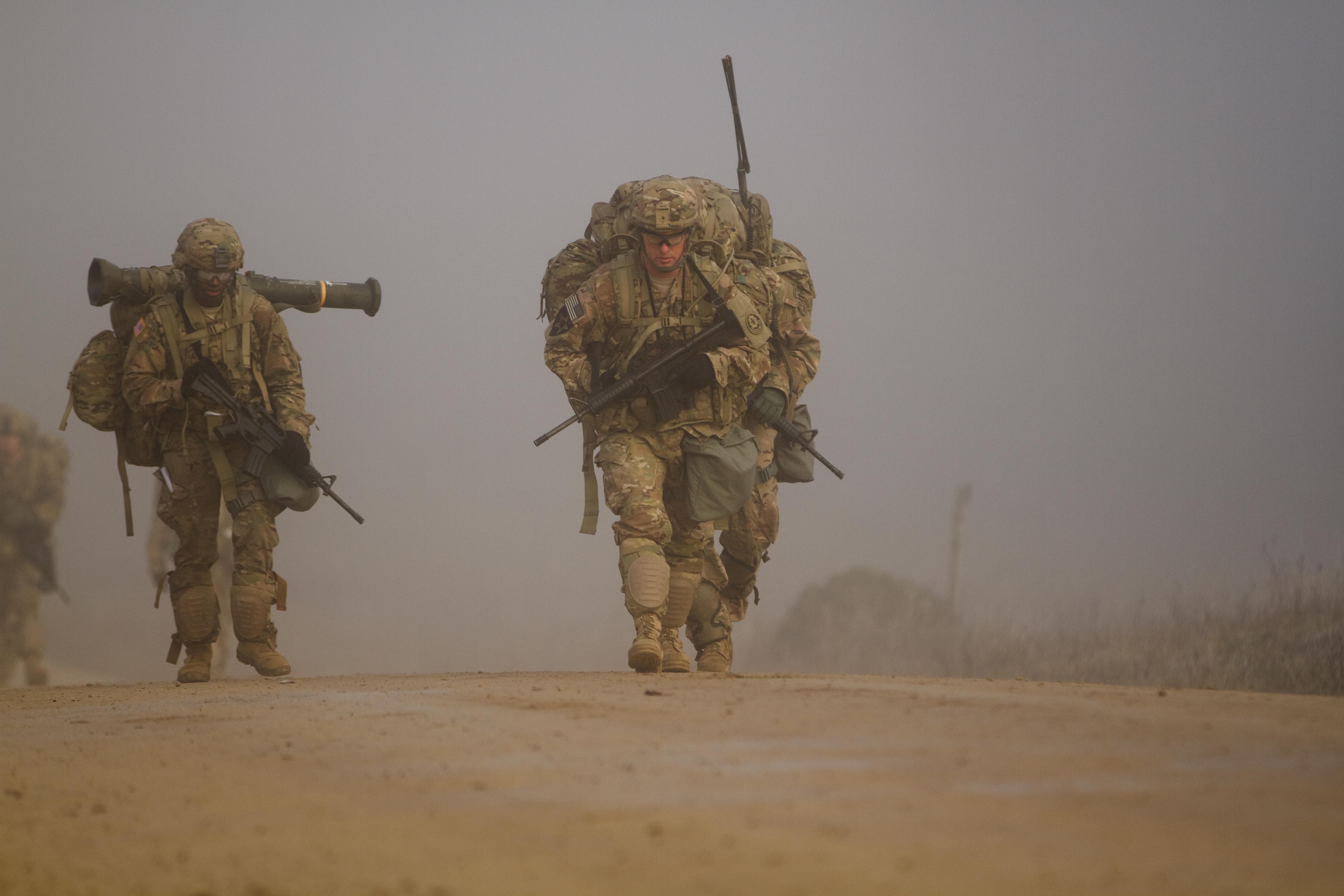 As of July, about 148,000 soldiers across the total Army were non-deployable, according to data from McConville’s office. That’s a 5 percent increase from the 10 percent non-deployable rate from the last two years.

The reason for the spike is tied to a recent policy change that emphasizes timely medical and dental exams, which, if left incomplete, can render a soldier non-deployable, according to McConville’s office.

About 90 percent of the time, soldiers are non-deployable for medical reasons ranging from serious injuries to an outdated dental exam.

"Units feel this because we’re manning units somewhere around 95 percent to 100 percent, so if they have 10 percent who are non-deployable, they’re going to have a challenging time meeting the mission," McConville said.

By more closely tracking soldier readiness, and bringing up to date those who can become deployable if they complete something as simple as a dental exam, McConville said he expects non-deployable numbers to go down.

"The Army of the past was on a force generation model, which meant you kind of knew when you were [deploying]," he said. "Now we’re on a sustained readiness model, which means you need to maintain your organization within a band of excellence. Soldiers need to be ready to go. They need to be deployable, they need to have all their shot records up to date, because you just don’t know when you’re going to go."

Will the Russian Checkmate jet beat the F-35? | Actionable Intelligence

Where will the Medal of Honor memorial be? | Military Times reports