With 54 countries, more than 2,100 languages and upwards of 800 tribes in its area of operations, U.S. Army Africa must continue to grow its partnerships and exercises across the vast continent, the command’s top officer said.

"It’s the land of tremendous opportunity, but the land of where, if the perfect storm brews, a lot of negative things could happen," said Maj. Gen. Joseph Harrington, commanding general of U.S. Army Africa.

More than 1.2 billion people — 41 percent of them under the age of 15 — live in Africa, Harrington said.

Economically, Africa is the fastest growing continent, and it continues to battle growing threats from Islamic extremist group Boko Haram, Al-Shabaab, a Somali-based military group with ties to al-QaIda, and the Islamic State, he said.

"What Africa do we want in the future?" Harrington said. "Do we want the one that is contributing to the world order, where Africa’s potential is realized both economically and human-dimension-wise, or is it going to be one where we worry about people migrating in large numbers to flee terrorism? Africa will become more and more important to the United States in the decades to come."

For its part, U.S. Army Africa, with help from regionally-aligned forces that include a brigade combat team from the 101st Airborne Division, is looking to continue partnering with its African counterparts.

On any given day, about 2,000 U.S. soldiers are deployed to Africa to conduct theater security cooperation activities, train with African partners and participate in exercises, Harrington said.

This year, soldiers from 2nd Brigade Combat Team, 3rd Infantry Division, rotated in and out of the continent for exercises large and small, ranging from Central Accord, U.S. Army Africa’s largest exercise to date on the continent, to small, military-to-military engagements.

Beginning in October, soldiers from 1st BCT, 101st Airborne Division, will take over for the 3rd Infantry Division soldiers. 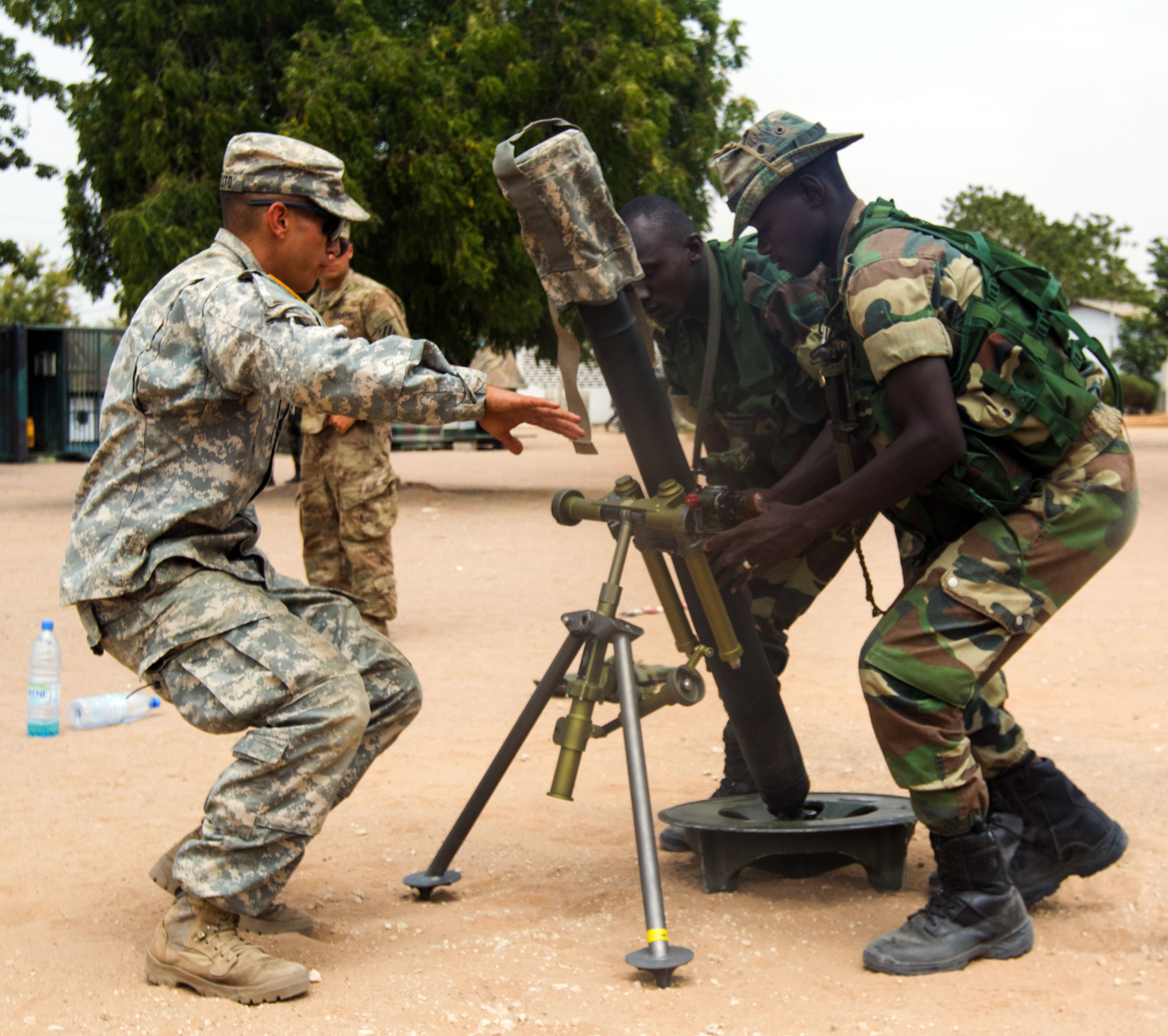 "That gives me the forces and the intellectual problem-solvers to look at Africa and come up with long-term solutions," Harrington said.

Africa is "just a splendid place" to give soldiers valuable leadership experience, he said.

"When you go to a country in Africa, the officer or senior [noncommissioned officer] in many cases is the senior U.S. Army representative in the country," Harrington said. "These guys are impacting national-level events for those countries."

Soldiers also get the chance to deploy to austere environments and build relationships with African soldiers.

"The opportunity to leave home station, figure out how to employ your tactical unit, it’s a wonderful opportunity for these guys," Harrington said. "These engagements, these partnerships, these set the conditions for success. Some lieutenant that’s in 2nd Brigade or the 101st Brigade is going to sit in my seat someday."

As soldiers deploy to Africa to support U.S. Army Africa’s mission, Harrington said his job is to maintain accountability of these troops and ensure their security.

"That’s something I take very seriously here," he said.

Looking ahead, Harrington said his command continues to grow Central Accord and the Accord series of exercises. It also plans to continue conducting its medical readiness exercises, which give Army medical personnel the opportunity to work alongside local doctors.

"Their doctors get to understand and work with our doctors, and that’s extra capacity for them, and our doctors get to work in these austere conditions and build friendships and partnership," Harrington said. "The [events] are worth their weight in gold in our medical community."

Plans call for at least one of these events every year, and discussions are already underway for the 2017 event. Early discussions could put the next readiness training event in Uganda, but nothing has been finalized, Harrington said.

Army Africa also is planning another large Accord exercise in 2017, possibly in South Africa, but that also could change pending a final decision, he said.

At the same time, Harrington and his staff are working with their African counterparts to determine what training or capabilities they want.

"They want to control their own borders, they want to protect and secure their own population," Harrington said. "We can leverage our partnerships to help these other armies improve their own capability and capacity to address those issues."

The armies across Africa are already making progress, Harrington said.

"There are 16 [United Nations] peacekeeping operations in the world right now, and nine of them are resident in Africa," he said. "Ten years ago, Africans accounted for 20 percent of the peacekeepers on their own continent. Now, they make up more than 50 percent. A lot of these countries are building up their own capabilities and capacities."

The relationships the Army continues to grow with its partners in Africa are critical, Harrington said.

Should I invest my extra cash or use it to pay off debt? — Money Minute