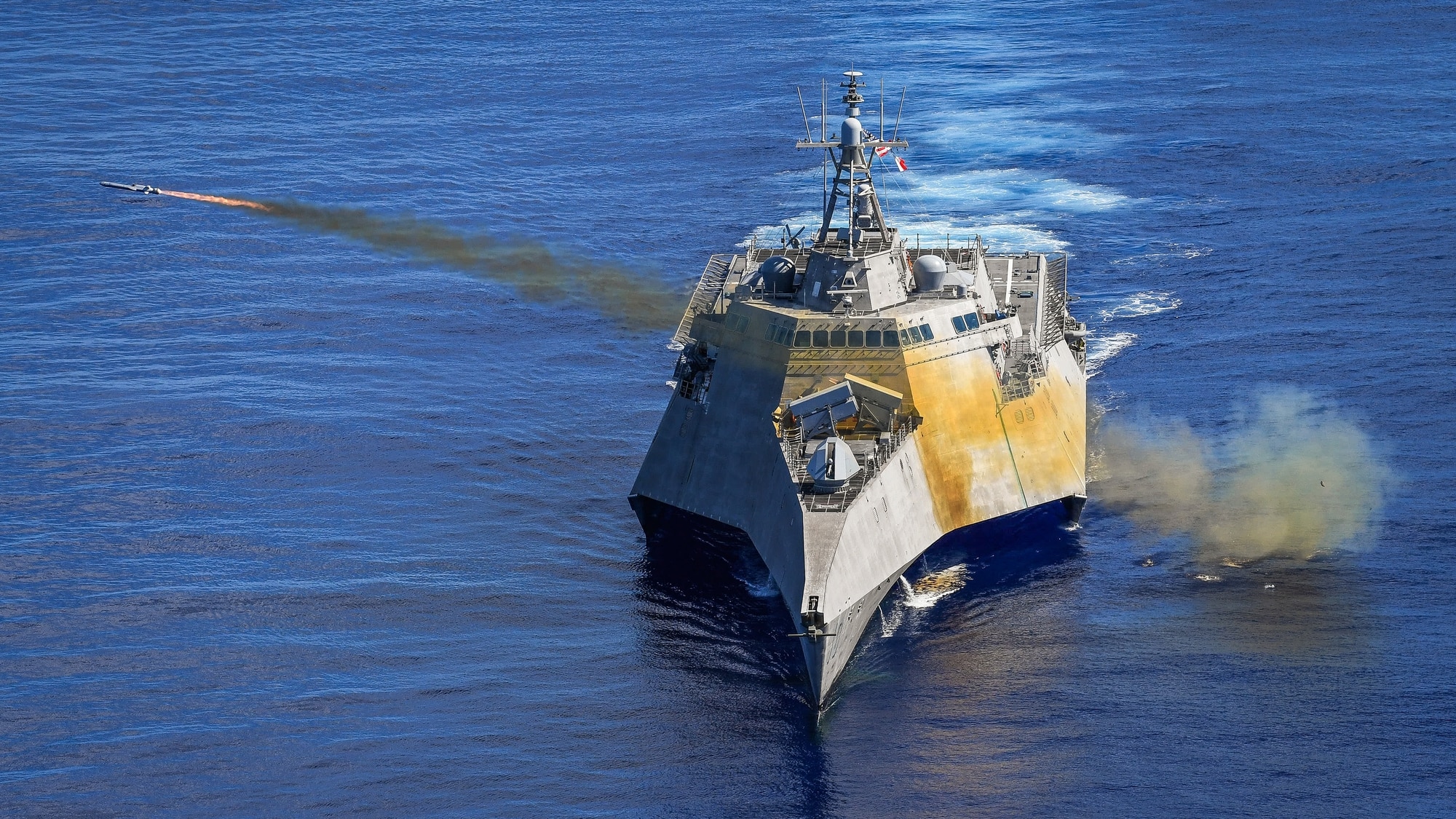 One missile skims the waves to avoid being seen. Another can loiter for hours, shift course on command and strike a moving target with pinpoint accuracy. A third can strike targets in the air and on the sea, including attacking ballistic missiles.

NSM is a long-range precision missile that strikes heavily defended land and sea targets. The missile, with a range of up to 100 nautical miles, flies at low altitudes and uses advanced seeker and target-identification tech.

In 2018, the Navy selected the Naval Strike Missile for its over-the-horizon defense of littoral combat ships and future frigates. Raytheon has teamed with Norway’s Kongsberg to bring the fifth-generation missile stateside.

Raytheon is building the Naval Strike Missile’s U.S. supply chain, which will provide parts and create jobs for more than two dozen suppliers. Early stages of production are already underway, with missile launchers set to be produced in Louisville, Kentucky.

Last year, the U.S. Marine Corps chose to integrate the NSM into its existing force structure. The Marine Corps’ selection of the anti-ship missile enhances joint interoperability and reduces costs and logistical burdens.

The Tomahawk cruise missile can fly more than 1,000 miles, circle on command, transmit photos of a target to commanders and see through obscurants to hit a moving target at sea. Raytheon and the Navy are working together to enhance Tomahawk.

Beginning in 2020, the Navy will recertify and modernize the missile, extending its service life by 15 years. Some Tomahawks in the new Block V series will be upgraded with a maritime strike capability and others, a joint, multiple-effects warhead. The company will also add navigation and communication upgrades to all Block V variants.

In 2015, the missile demonstrated it could protect ships against ballistic missiles in their final phase of flight, furthering the layers of defense. In 2016, SM-6 engaged its first surface target, making it the only missile to perform all three missions.

Raytheon has delivered over 500 SM-6 missiles to the Navy, and the company continues to rapidly improve the multi-mission missile, increasing its value to the U.S. and allies.

Together, the Naval Strike Missile, Tomahawk cruise missile and SM-6 missile help the Navy to move freely across global waters.