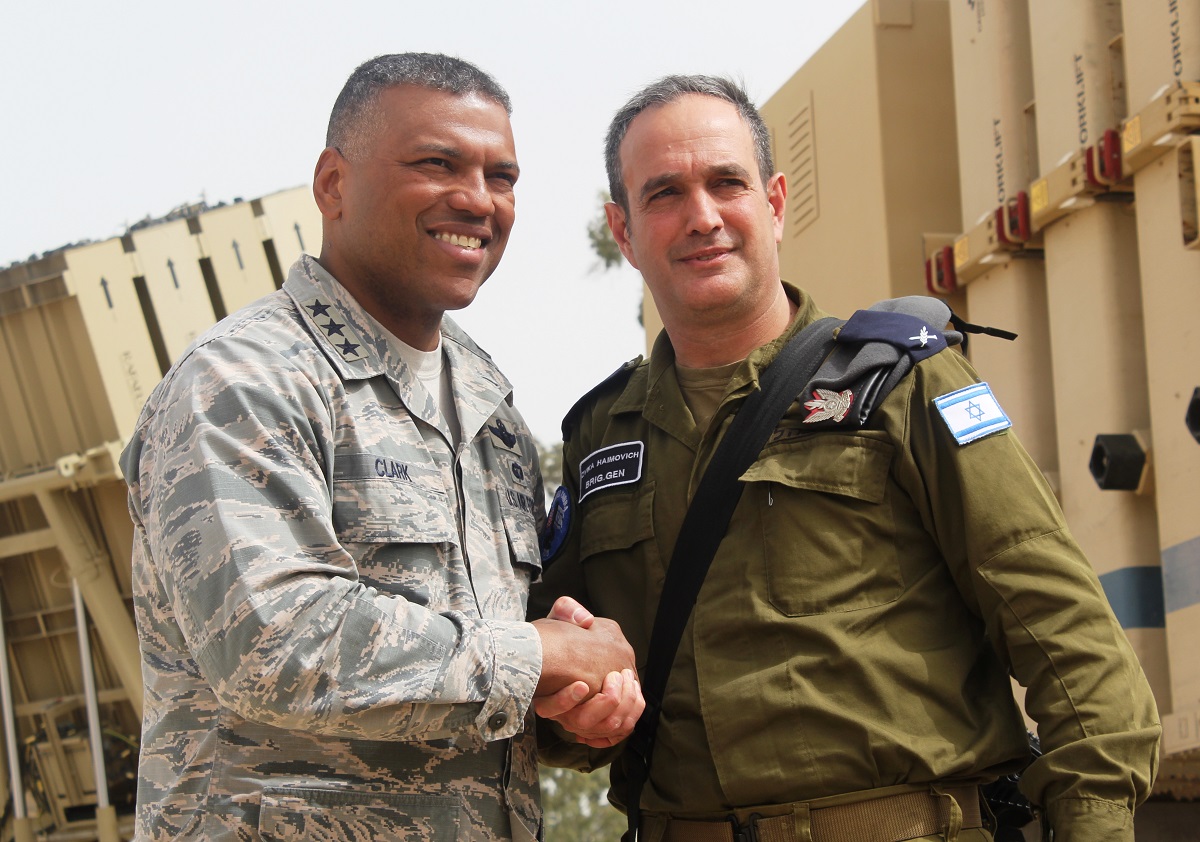 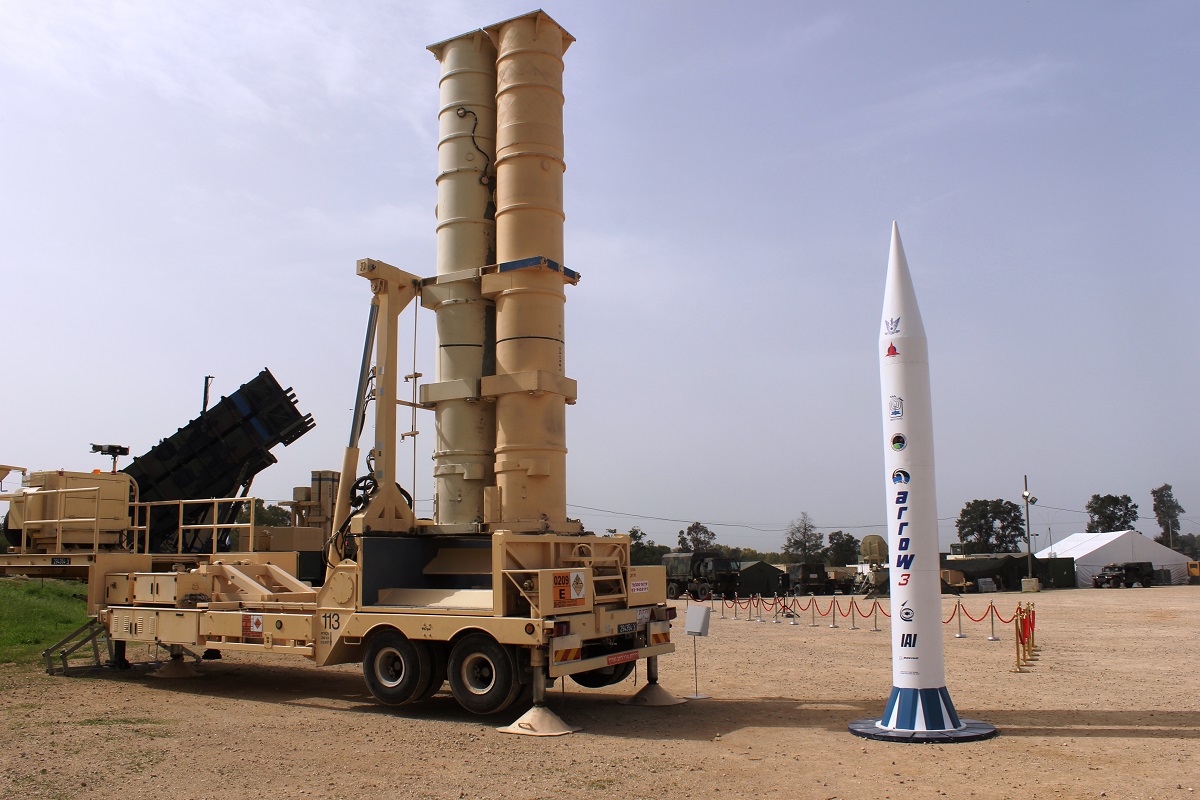 A Patriot battery and a model of an Arrow 3 ballistic missile are on display at Hatzor Airbase in Israel on March 3, 2018. (Ben Hartman/Contributor)
3 of 8 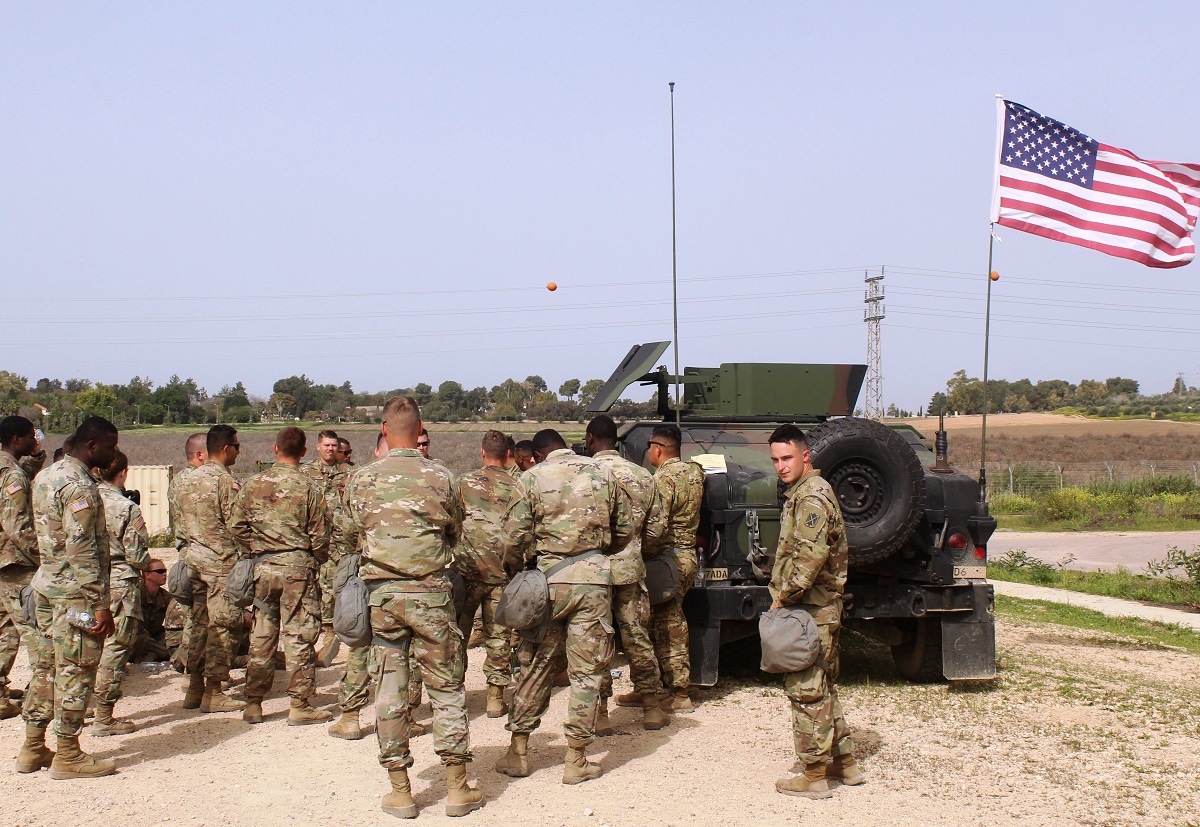 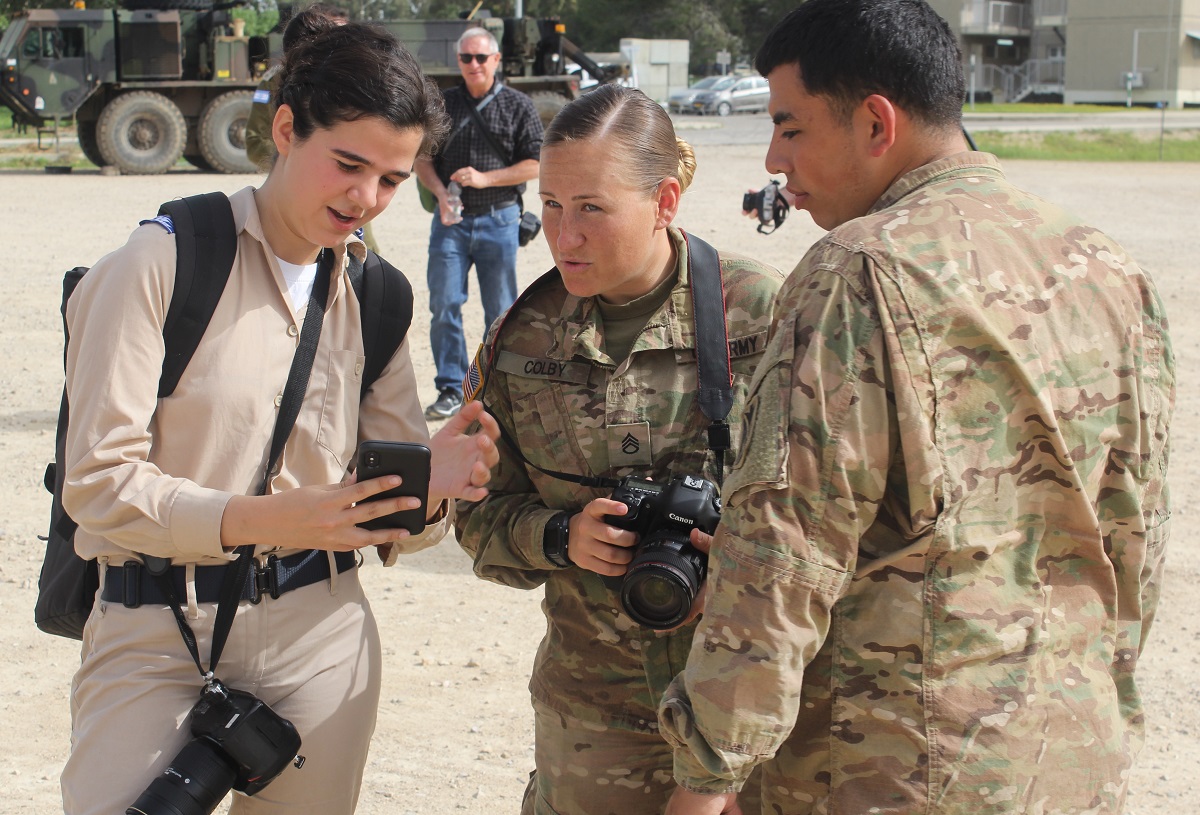 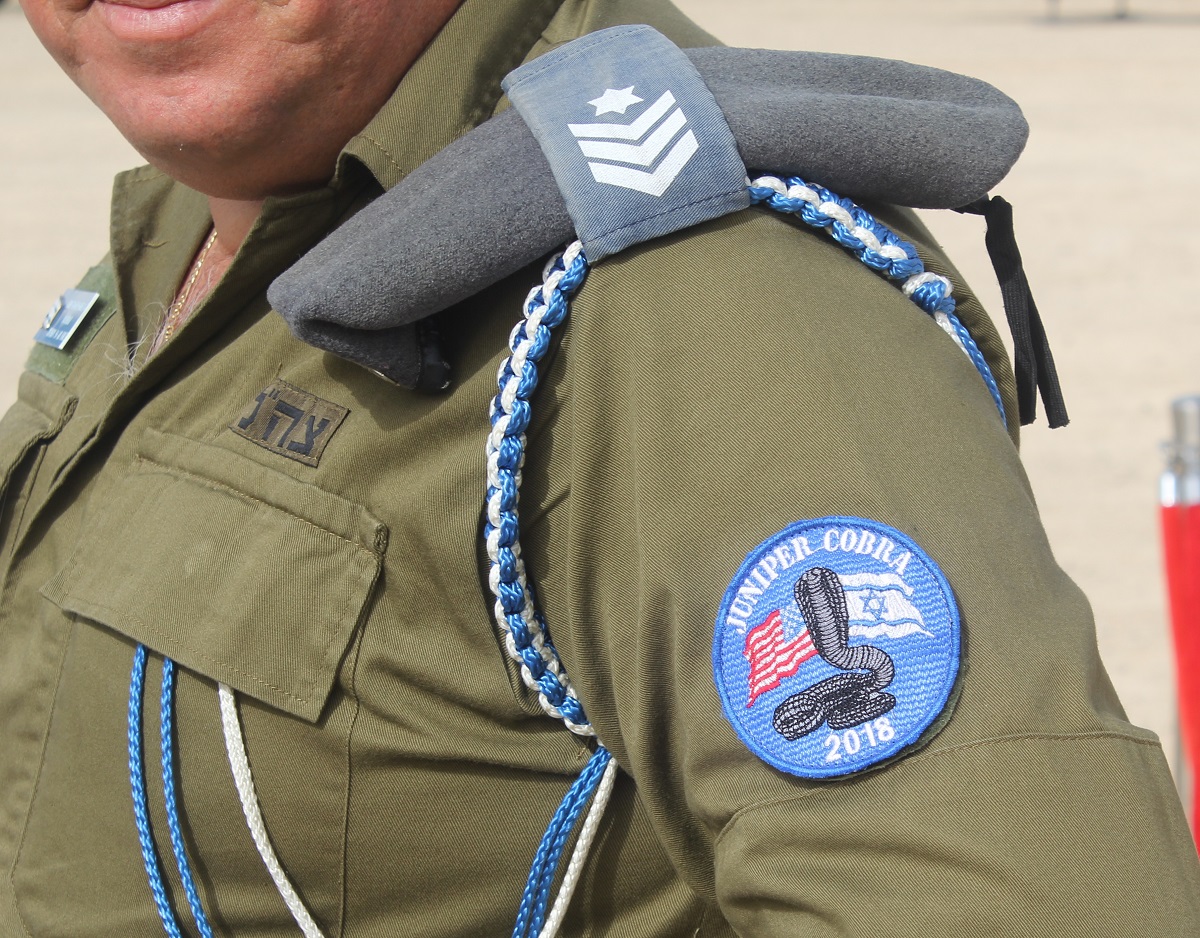 An IDF officer sports a special Juniper Cobra patch made for the exercise. (Ben Hartman/Contributor)
6 of 8 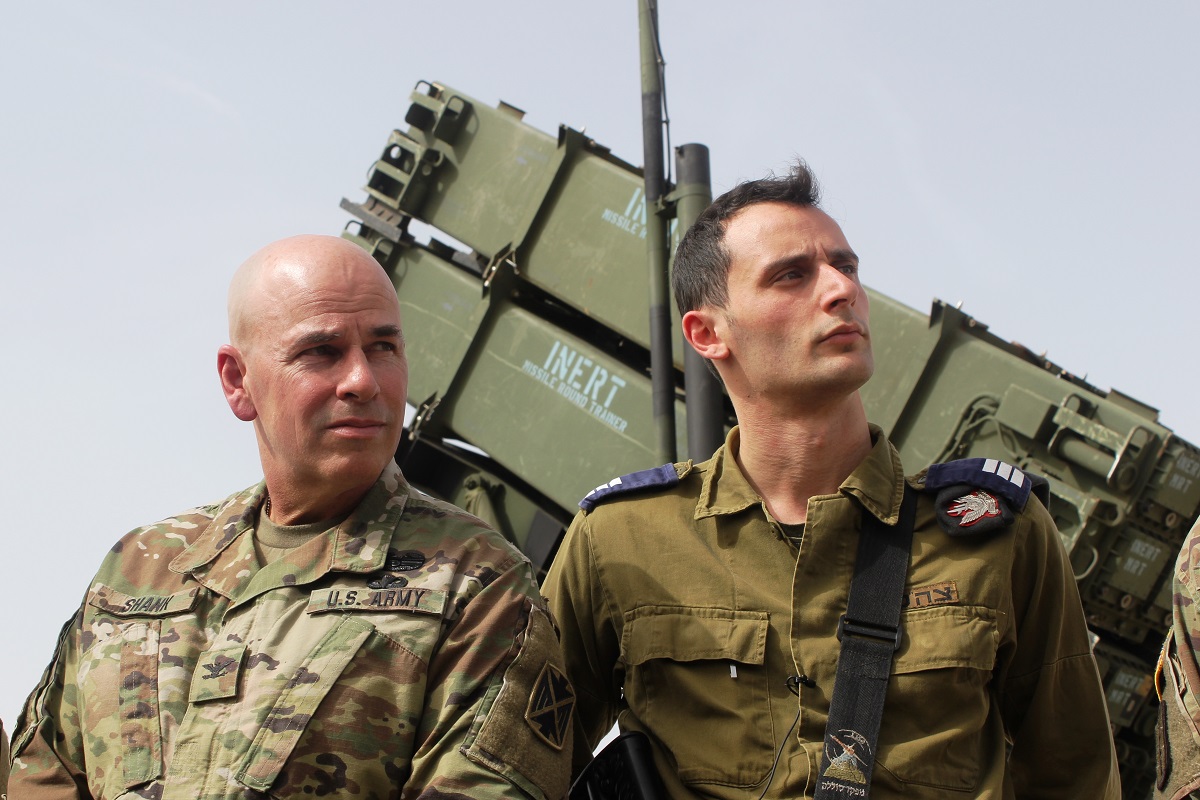 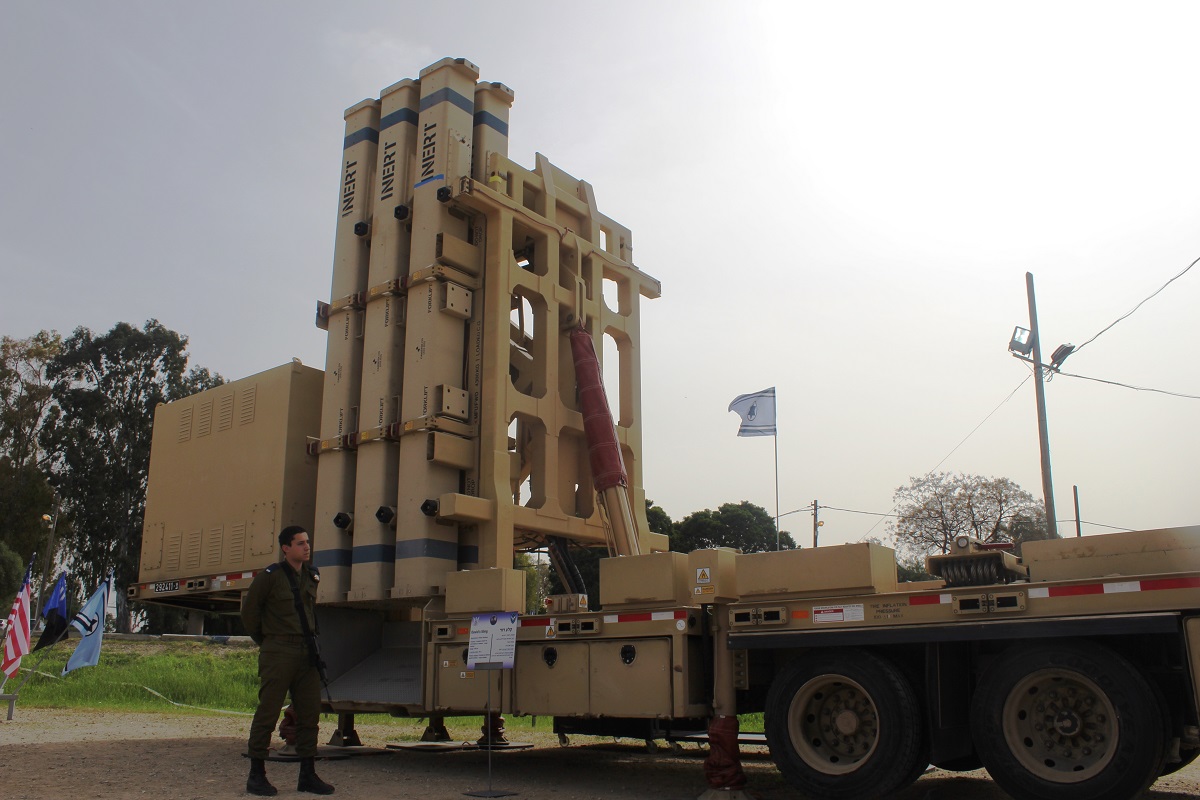 A lieutenant with the Israel Defense Forces stands next to a Patriot battery at Hatzor, Israel, on March 8, 2018. (Ben Hartman/Contributor)
8 of 8 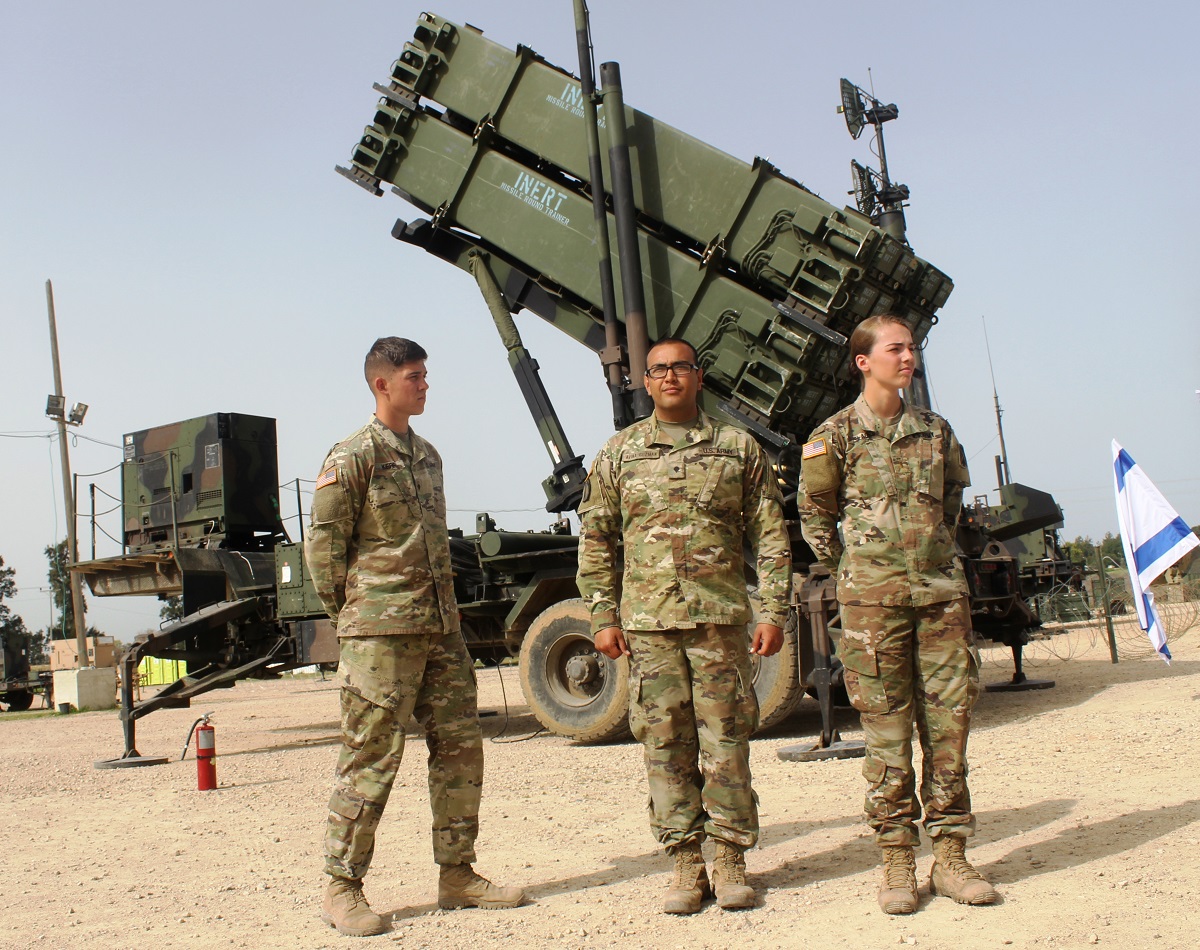 HAZOR AIR BASE, Israel — During a press briefing at Hatzor Air Force base in southern Israel ahead of the 9th Juniper Cobra, chief of the Israeli Air Defense Command, Brig. Gen. Zvika Haimovich, joined his American counterparts to issue platitudes about the US-Israel alliance.

The joint exercise between the Israel Defense Forces’ Air Defense Command and the U.S. military is elevated in importance for both Israel and the U.S., amid increasingly tensions in Syria. It will also be the first time the IDF operationally practices with the David’s Sling system.

Declared operational in 2016, the David’s Sling is a missile defense platform that intercepts medium and long-range missiles and was developed jointly by Israel’s Rafael Advanced Defense Systems and Raytheon.

US Air Force Third Air Force Commander, Lt. Gen. Richard M. Clark, said the exercise has required thousands of hours of planning that began 18 months ago. When asked if recent events — including the downing of an Israeli F-16 by Syrian anti-aircraft missiles last month — have increased the likelihood that U.S. personnel would deploy on the ground in Israel to protect the country, Clark said,“if the conditions arise that we are requested by the government of Israel then we will be deployed to assist in the defense of Israel.”

Clark said the U.S. could have fighting forces on the ground within 72 hours. In a region where state and non-state actors reportedly have more than a 100,000 rockets and missiles pointed at the Israeli homefront, the sheer size and reach of the U.S. military can provide a tremendous boost to Israel’s defense capabilities, the officials noted.

“I am sure if we need [the support], we will see and meet the U.S. troops fighting next to us,” Haimovich said.