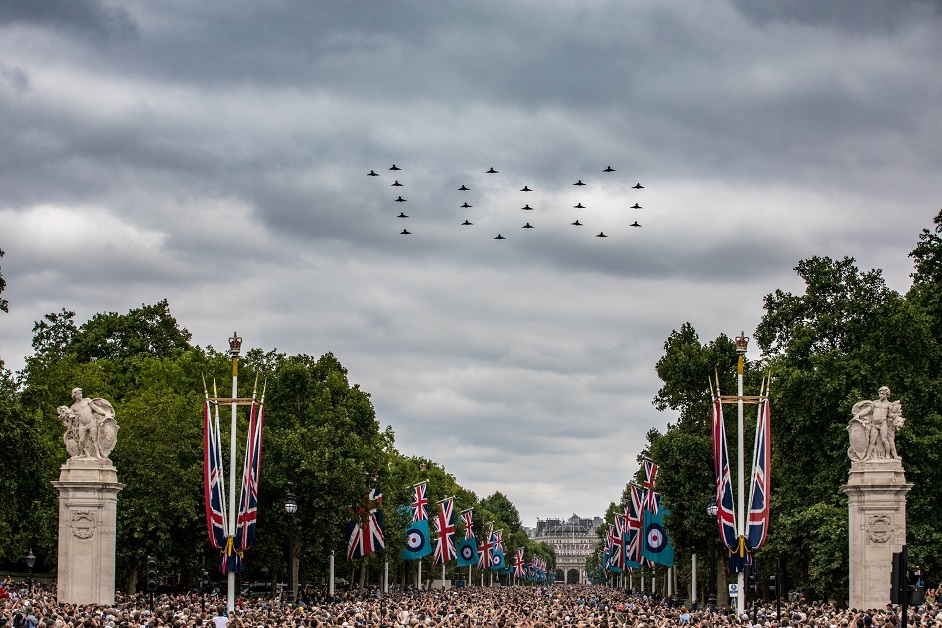 Typhoon aircraft form "100" over the Mall and Buckingham Palace during celebrations on July 10, 2018, in London, England. A centenary parade and a flypast of up to 100 aircraft over Buckingham Palace marked the Royal Air Forces' 100th birthday. (British Ministry of Defence via Getty Images)
2 of 7 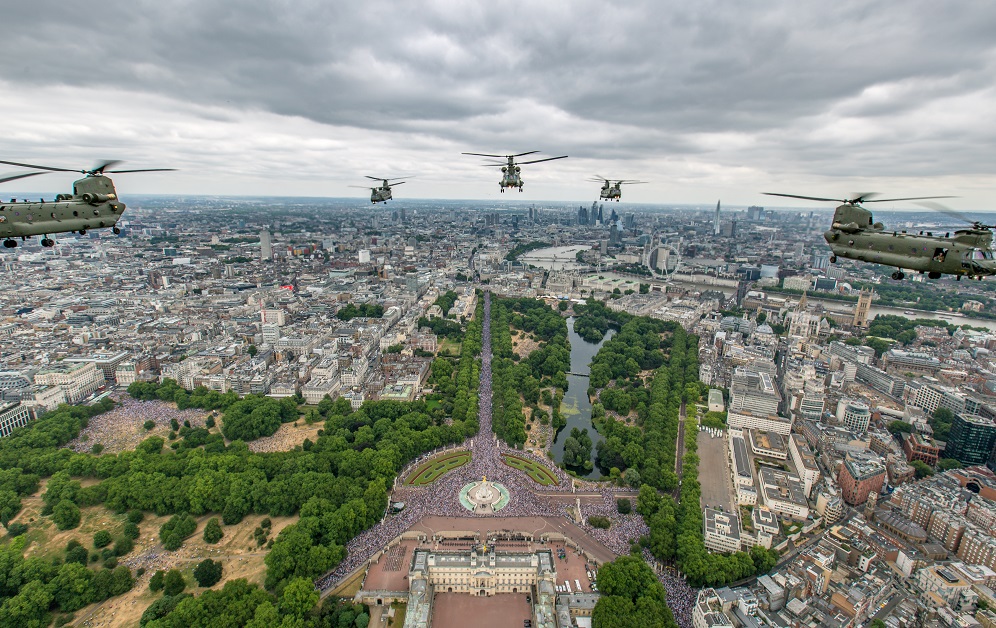 Royal Air Force Chinooks from RAF Odiham flew in the lead formation, along with Pumas from RAF Benson, for the celebrations in London. (British Ministry of Defence via Getty Images)
3 of 7 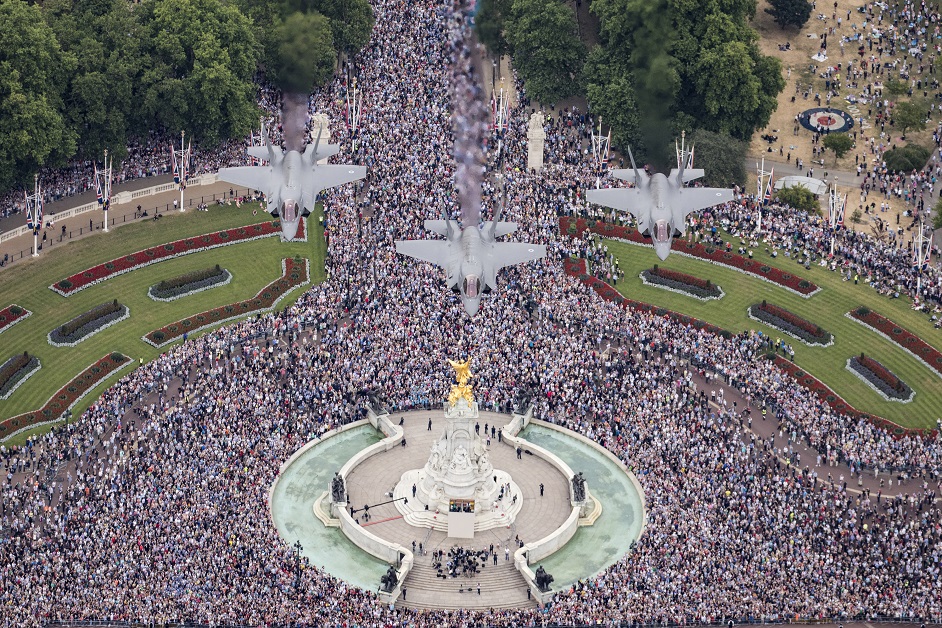 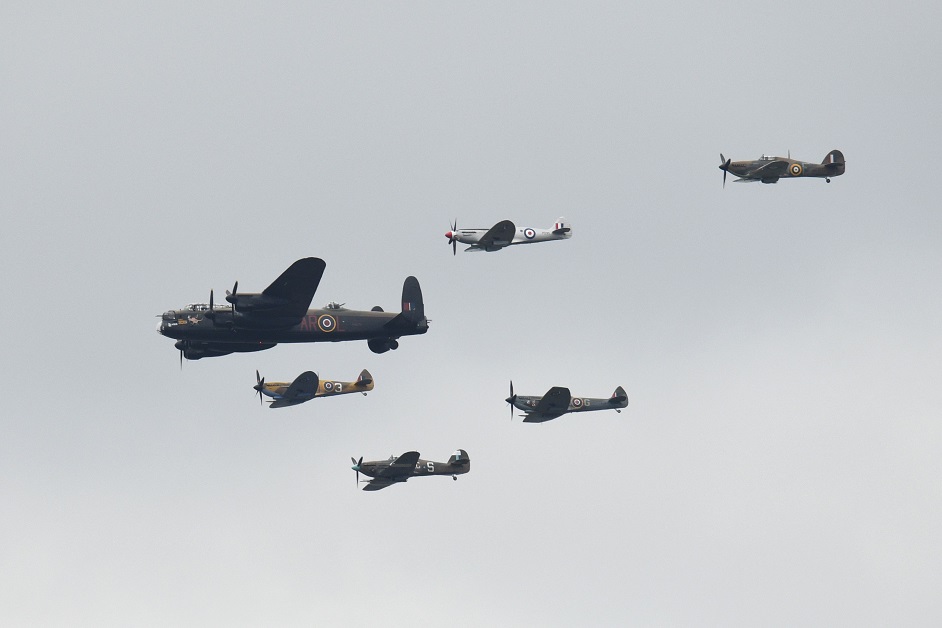 A World War II Lancaster bomber and Spitfires fly in formation on the centenary of the formation of the British Royal Air Force RAF. (Oli Scarff/AFP via Getty Images)
5 of 7 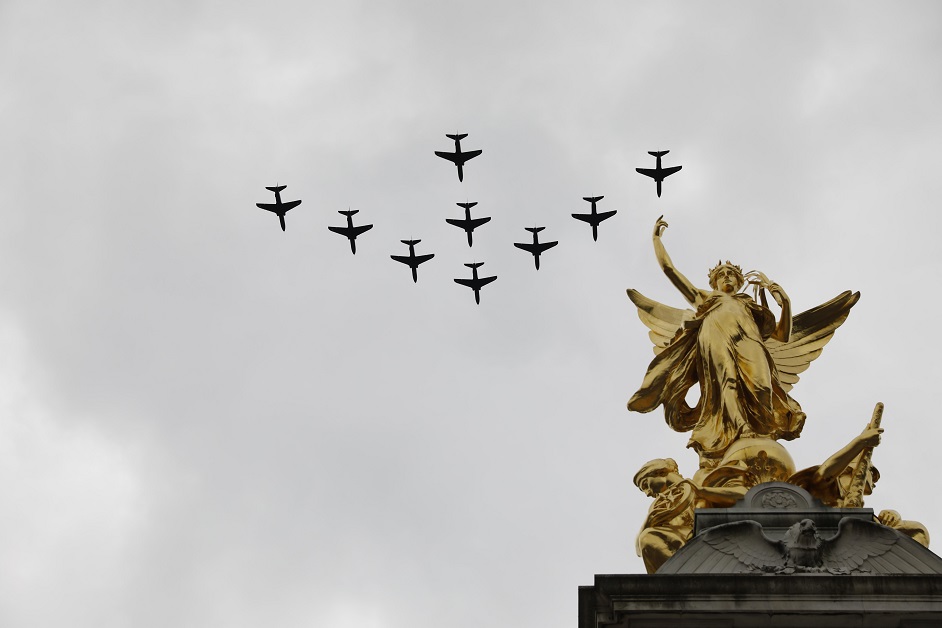 Military aircraft form a tight formation over the Queen Victoria Memorial on the Mall outside Buckingham Palace in London. (Tolga Akmen/AFP via Getty Images)
6 of 7 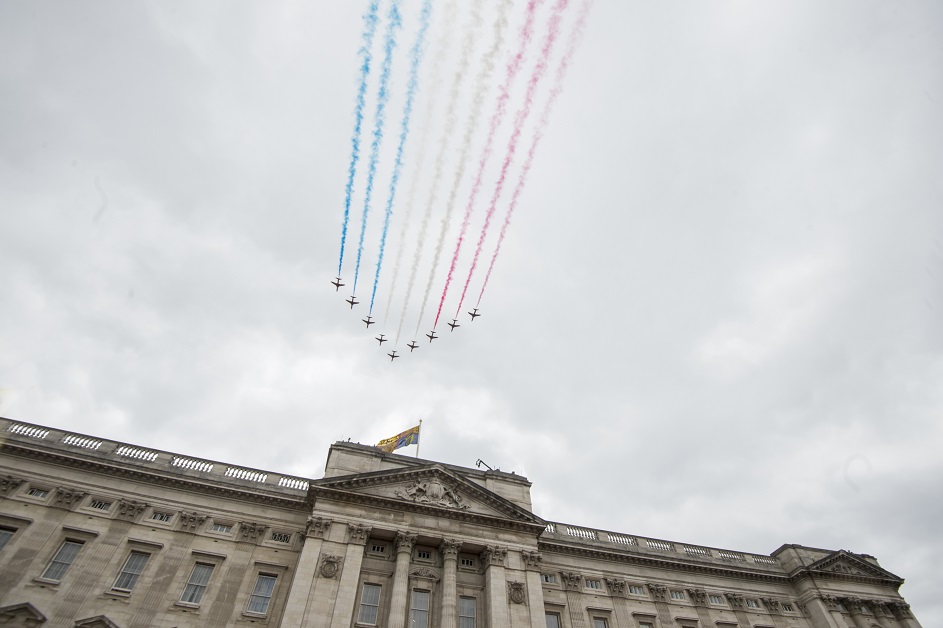 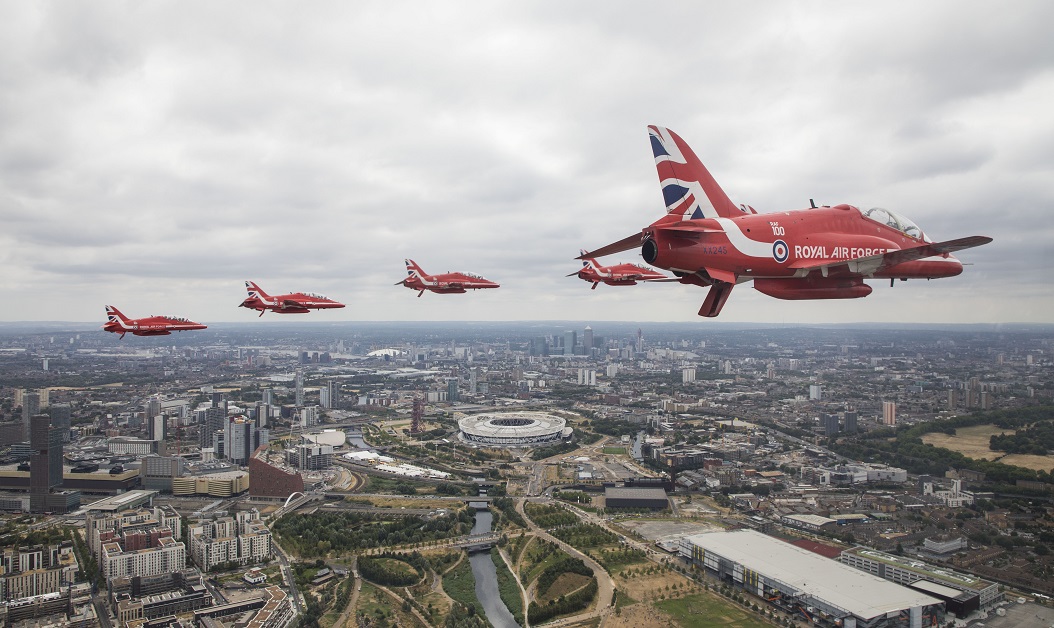 The Royal Air Force aerobatic team joins the nearly 100 other planes in marking a century of RAF service. (British Ministry of Defence via Getty Images)

WASHINGTON ― The British Royal Air Force celebrated a century of service with a skilled flyover of London on July 10, demonstrating formations and showcasing dozens of current and historical aircraft.

One hundred aircraft with nearly 200 aircrew from 25 different squadrons, operating from 14 military stations and two civilian airfields, took part, according to an RAF publication.

The RAF earned high praise from the queen during the festivities, who noted the RAF’s “remarkable contribution to defense” of the nation.

As the RAF prepares for the next 100 years, modernization programs like the F-35 acquisitions are sure to shape the force.

Andrew is a student in the class of 2020 at the University of Notre Dame.