South Korea looks to buy its own Air Force One

By Jeff Jeong
The plane of South Korean President Moon Jae-in arrives at the airport in Hamburg, northern Germany, on July 6, 2017. (Patrik Stollarz/AFP via Getty Images)

The current presidential jet is a modified Boeing 747-400 airliner leased from Korean Air. The 200-seat plane, built in 2001, is equipped with advanced communication and defense systems, including radar-signal jammers and flares to deflect heat-seeking missiles, according to South Korean Air Force and arms procurement officials.

“The 10-year contract for the leased VIP jet is to be terminated two years from now, so the government should make a decision if it would renew the lease or buy a new one,” a Cheong Wa Dae official said, speaking on condition of anonymity. “Given the schedule of a public tender, security of budget and plane manufacturing, the decision needs to be made in the first half of the year.”

There seems to be almost unanimous agreement — a rarity in Congress — that the president’s current aerial fleet needs to be replaced.

“South Korea is the fifth nation to host the world’s biggest sporting events, including the ongoing Pyeongchang Winter Olympics,” said Rep. Cho Seung-rae, a Democratic lawmaker. “There is no reason for delaying the purchase of a VIP plane, and we’ll make utmost efforts to publicize the need of the Air Force One and secure related budget.”

The opposition parties, however, are opposed to buying an Air Force One, citing cost problems.

“It’s not a good idea to buy an expensive presidential aircraft during difficult economic times,” said Rep. Hong Moon-pyo of the main opposition Liberty Korea Party. “There is no difficulty for the head of state to go on international travels for diplomacy with the leased plane at the moment.” 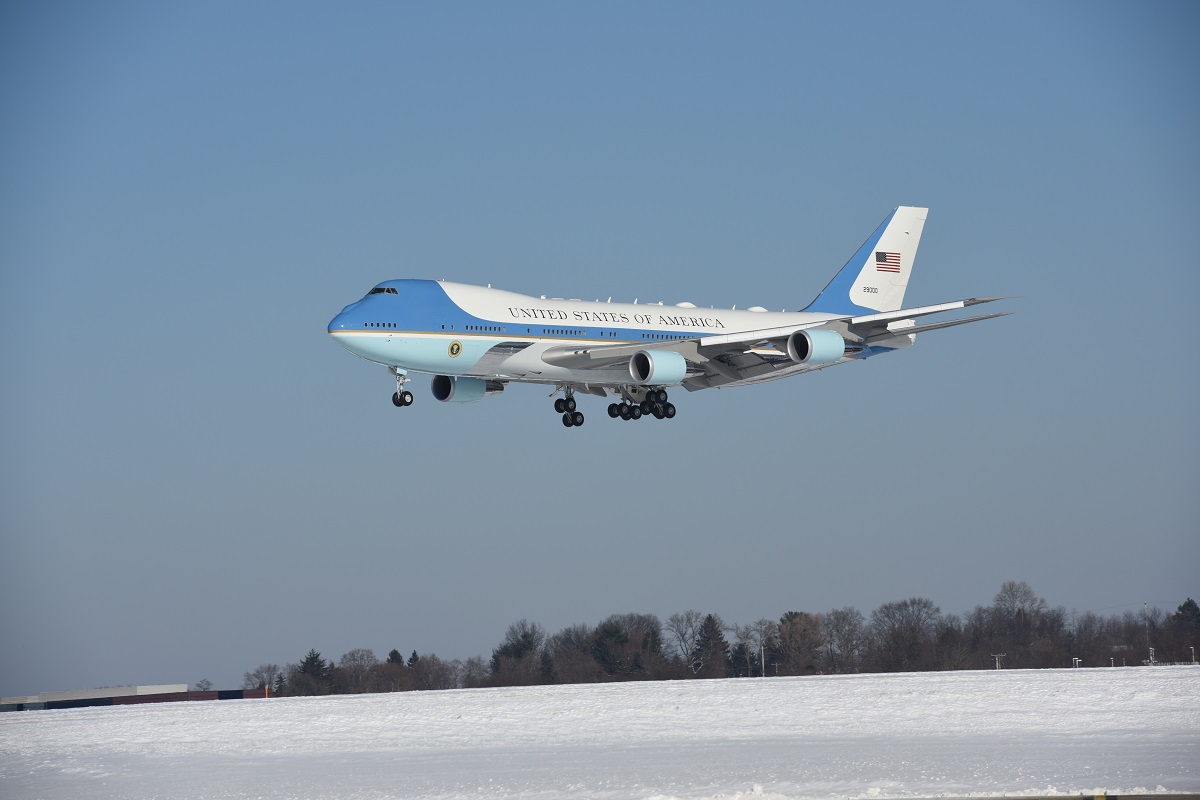 How about the American presidential aircraft?

Budget problems have put a strain on former governments’ bids to procure a presidential aircraft.

In the latest bid conducted in 2010 during the conservative Lee Myung-bak administration, Boeing offered its 747-8 airliner as the sole bidder, after rival Airbus, formerly known as EADS, dropped its bid.

At the time, the Lee government wanted to buy the new 747-8 VIP jet with some $460 million, a price that Boeing turned down.

“The South Korean government wanted its Air Force One to have almost all sorts of high-tech equipment at the time, and we could not meet the demands within the due budget,” a Boeing Korea official said on condition of anonymity.

The Boeing official added that a modified 777, selected as Japan’s presidential plane, could be a potential candidate for South Korea’s VIP jet project, dubbed VC-X, because of its economic feasibility.

Airbus would not comment on ”any discussions that we may or may not be having with our customers.”

Airbus did not return a request for comment by press time.

“The Air Force will review the requirements for the VIP aircraft in accordance with the budget,” DAPA spokesman Kang Hwan-seok said. “Once the requirements are set, we’re going to progress the bid, inviting foreign contenders.”

Besides the leased 747 plane, the South Korean Air Force operates one Boeing 737-300 and CASA CN-235 aircraft for government travel.

The 737, in service since 1983, flied to Pyongyang, North Korea, in 2000, carrying then-President Kim Dae-jung for inter-Korean summit talks.

In 2007, Cheong Wa Dae acquired the Sikorsky S-92 as the presidential helicopter, which is also ahead of the replacement schedule of 10 years.

Mike Yeo contributed to this report.

Jeff Jeong was the South Korea correspondent for Defense News.

The capability set initiative launched in fiscal 2021, with upgrades of off-the-shelf and specialized tech expected in 2023, 2025, 2027 and beyond.

The Virginia-based information technology and defense company this year received more than $500 million in JADC2-related contracts.

Details on Starshield are light, but the company says the new unit will initially focus on Earth observation and communication capabilities.

Defense News geolocated an image showing a Tu-95MS bomber taking off at night to a location northeast of Hangzhou-Jianqiao airbase.

The new office will help the Pentagon leverage private investment to overcome the "valley of death" problem that often derails technology programs.

What did the Air Force’s “Beast Week” training get renamed to?