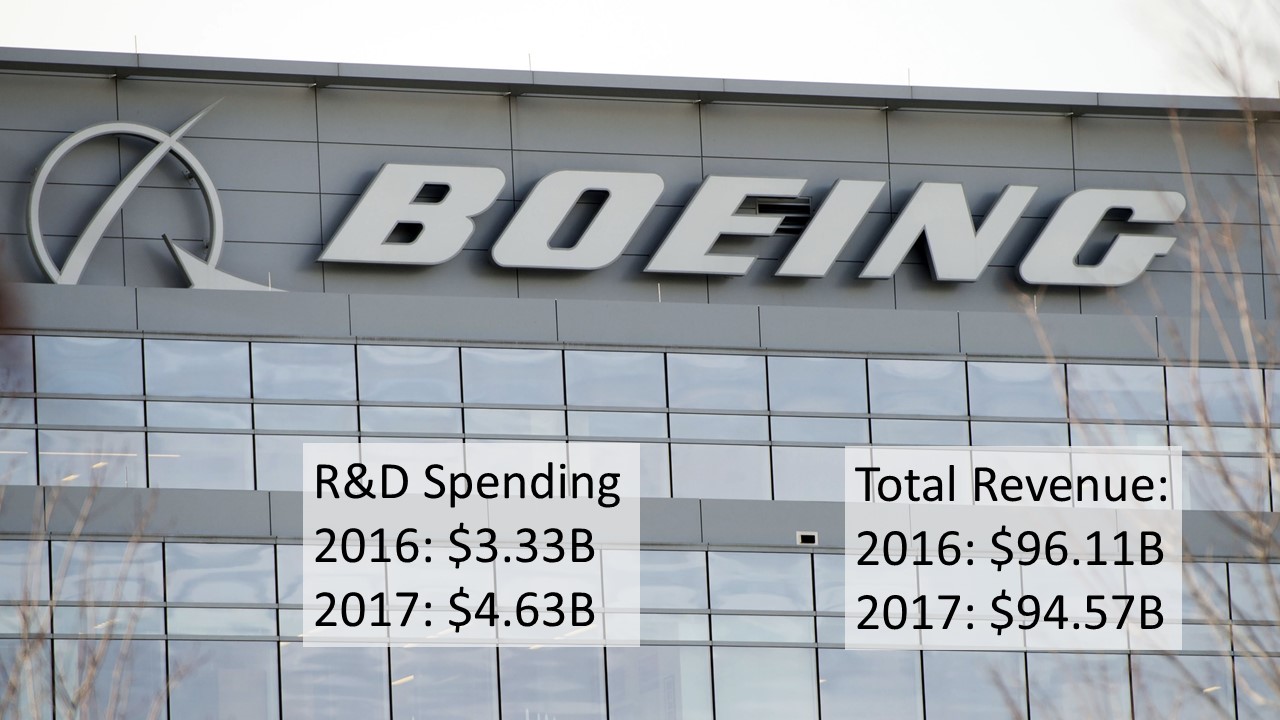 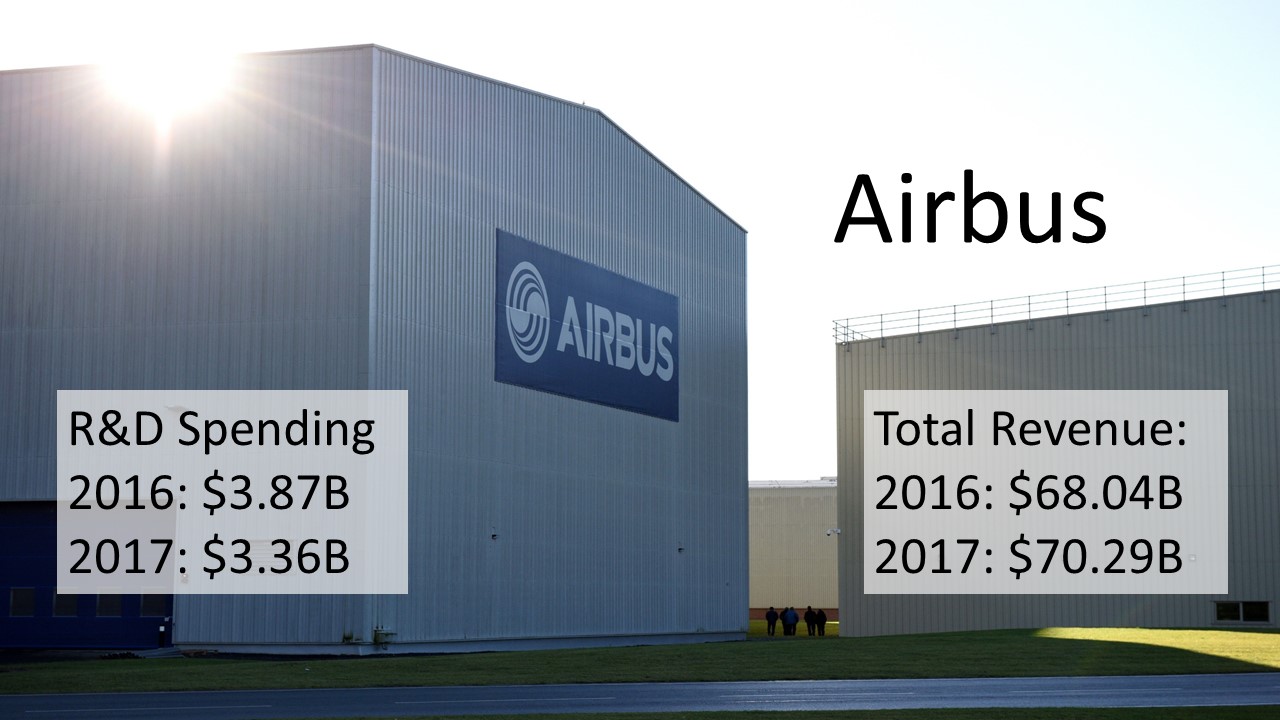 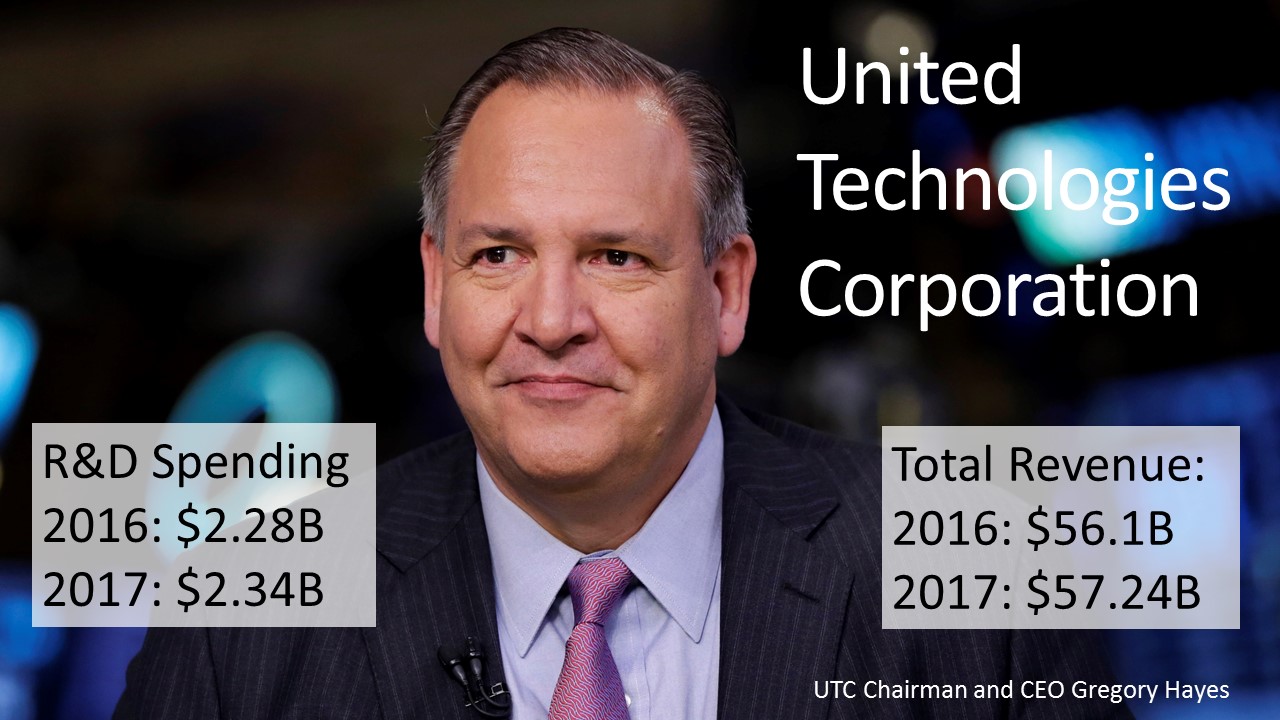 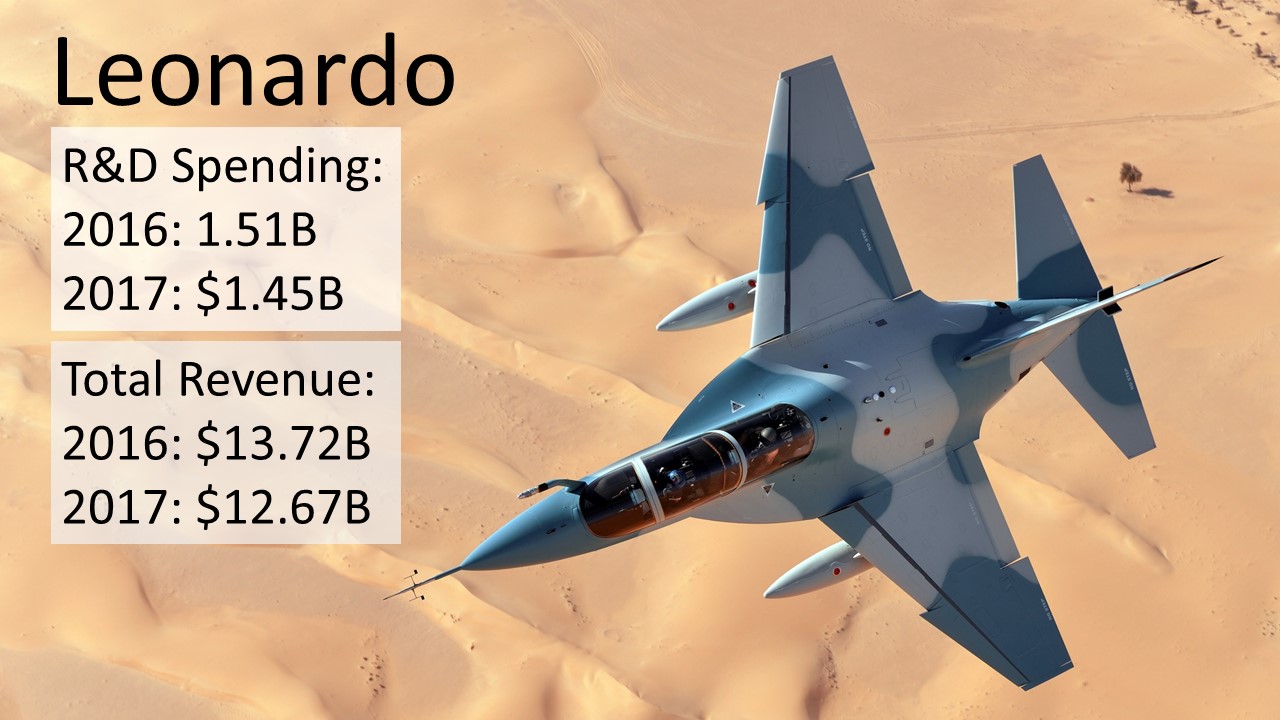 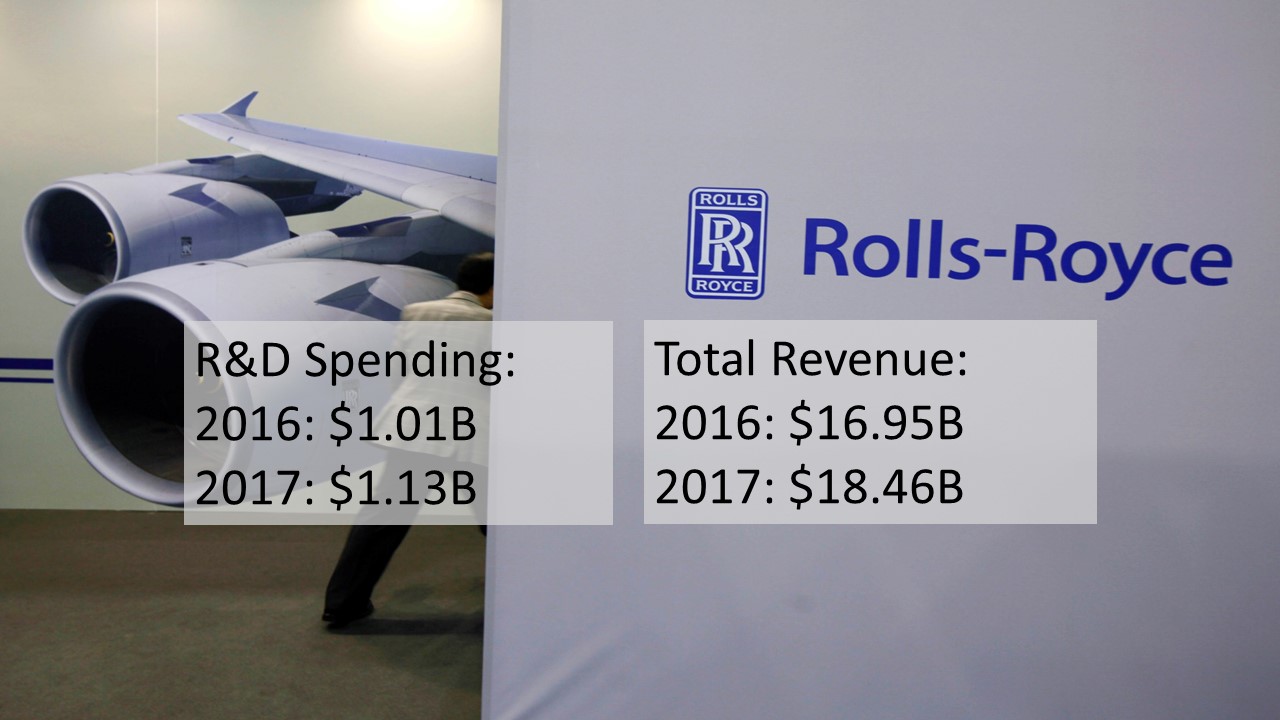 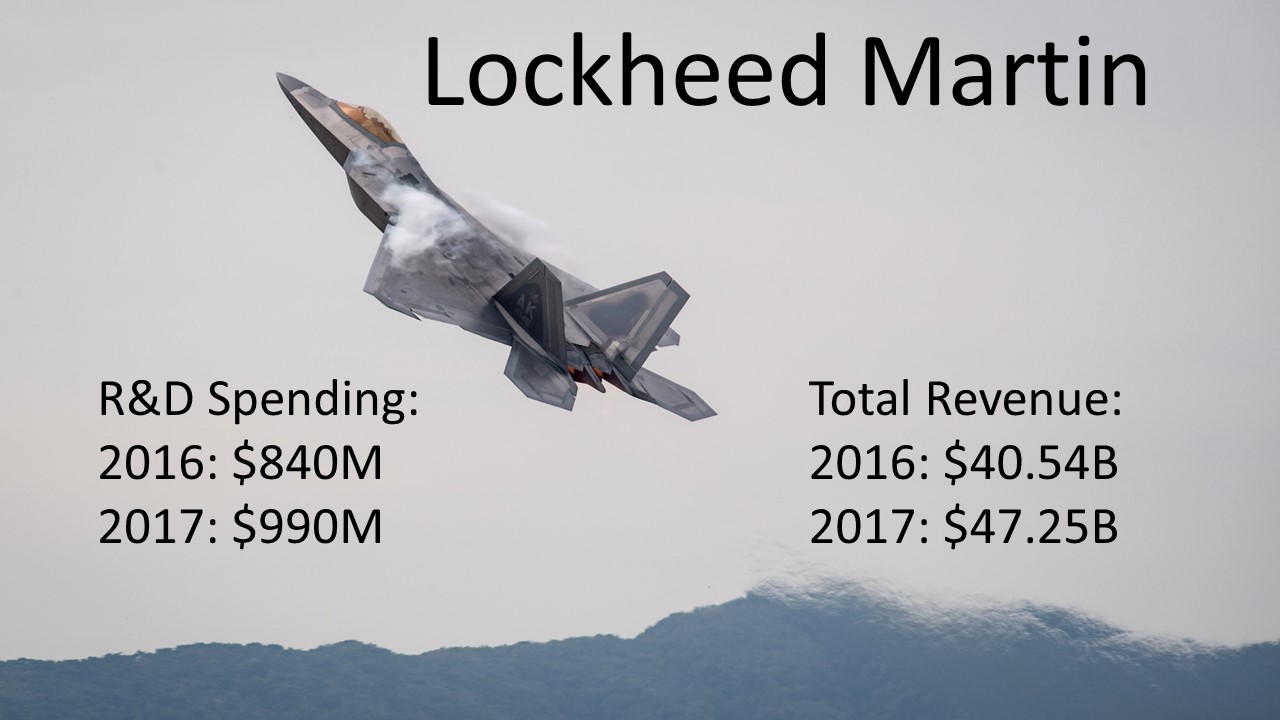 Contrary to the PwC report, Lockheed expects to report more than $1 billion in R&D in 2017. (Ed Jones/AFP via Getty Images)
7 of 10 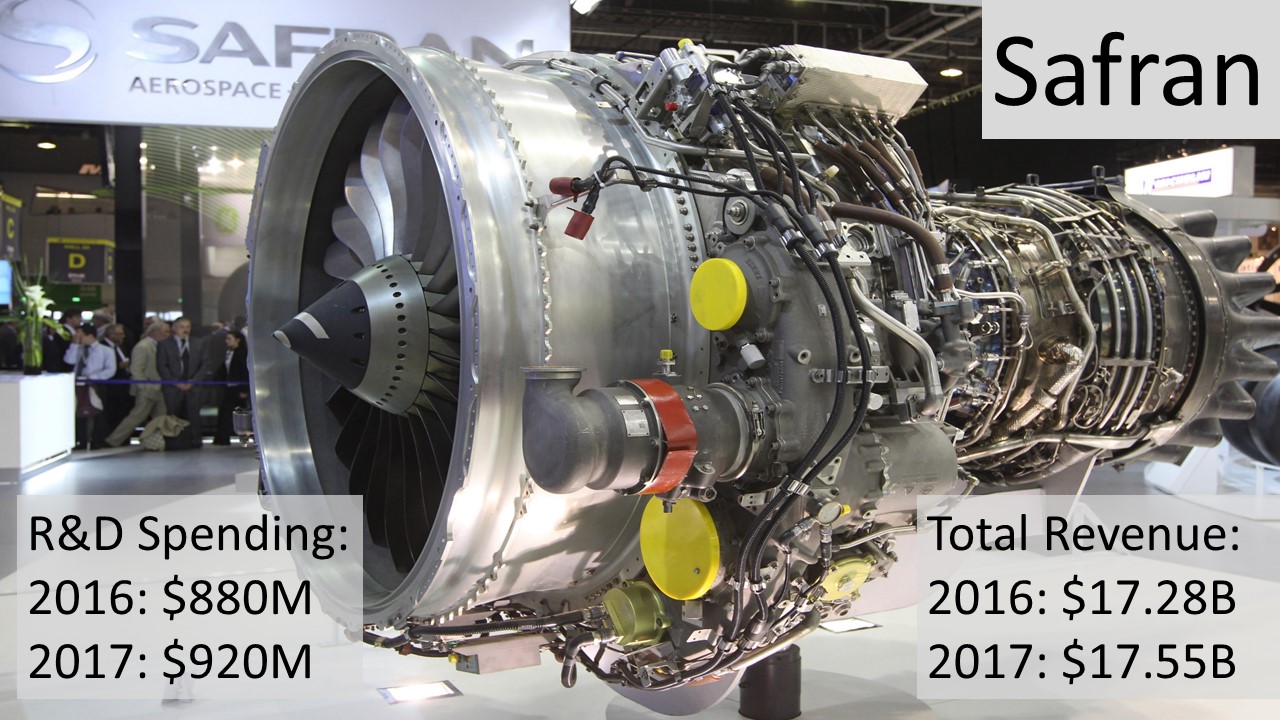 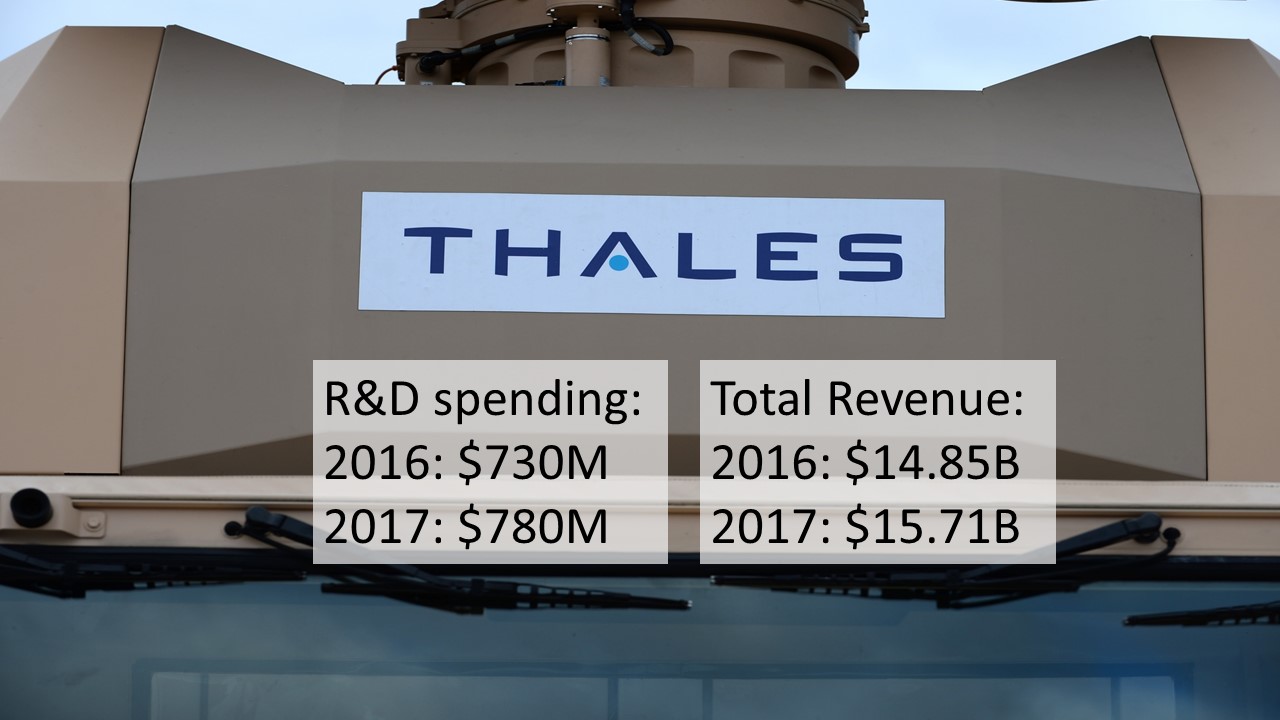 (Eric Piermont/AFP via Getty Images)
9 of 10 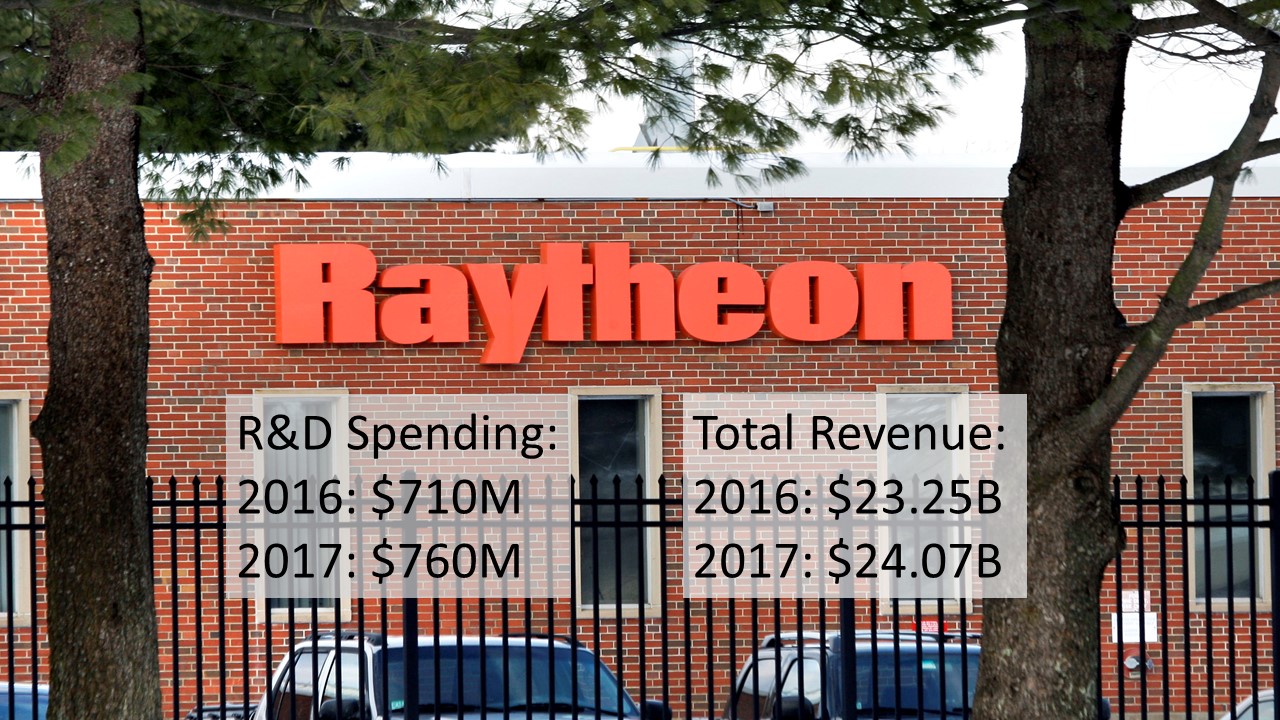 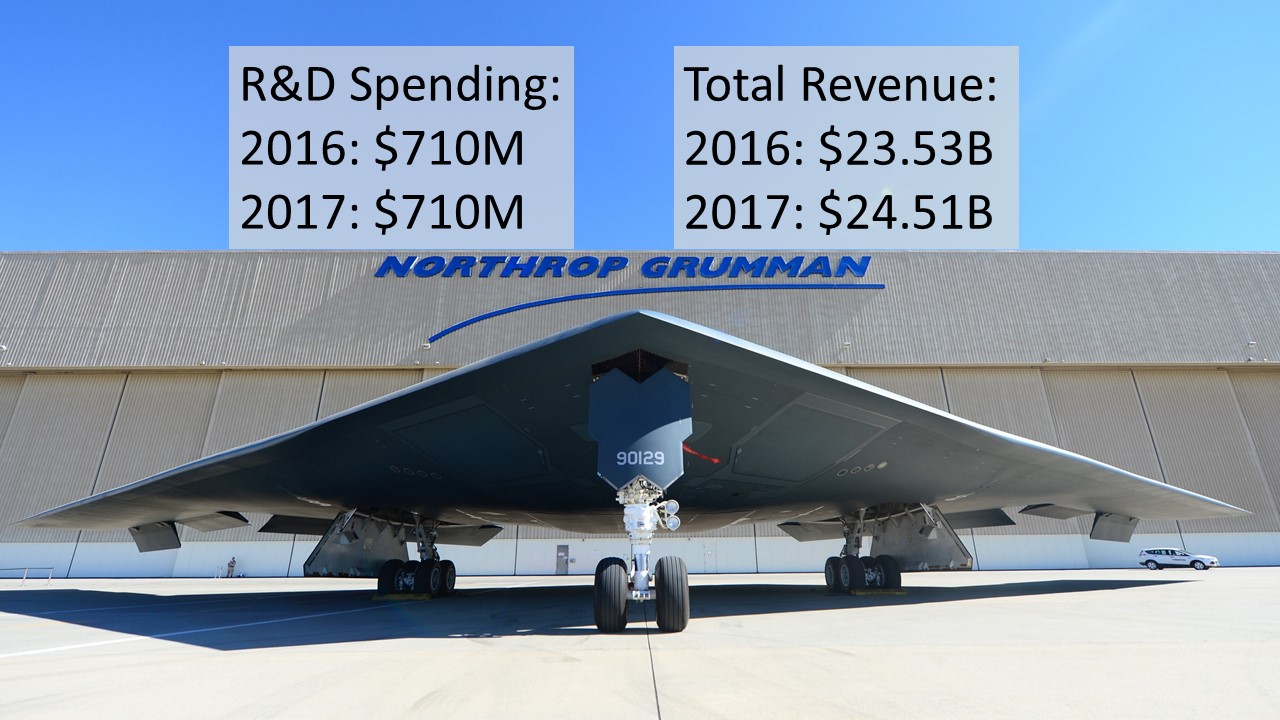 WASHINGTON — Amid Pentagon cuts for research and development, the top U.S. aerospace and defense firms have increased their own R&D spending by almost $12 billion in 2017.

According to the Global Innovation 1000 study by Strategy&, the global consulting arm of PricewaterhouseCoopers, 30 of the top 1,000 companies in R&D spend count defense and aerospace as a primary industry. Among those, the top American companies spent $11.79 billion on R&D, $2.31 billion more than their foreign rivals.

Of the Strategy& top 1,000 list, Boeing topped U.S. defense and aerospace companies in R&D spending with $4.63 billion. United Technologies Corporation and Lockheed Martin ranked second and third with $2.34 billion and $990 million, respectively. Worth noting, contrary to the study’s findings, Lockheed Martin expects to report more than $1 billion in R&D during that period.

Abroad, Airbus was the biggest spender in R&D among defense and aerospace companies at $3.36 billion. (The company headquarters is registered in the Netherlands, but operates out of France.) Italy’s Leonardo and U.K.’s Rolls-Royce were second and third among the international companies, at $1.45 billion and $1.13 billion, respectively.

While the top 10 defense and aerospace companies were evenly split between U.S. and non-U.S., the top five American corporations invested $9.43 billion in R&D, while their international counterparts spent $7.64 billion.

It’s worth noting that a solid percentage of companies, including top ranking Boeing, do not work exclusively in defense and aerospace; the R&D spending, therefore, is not dedicated to that sector alone.

The study reported that 52 percent of respondents said that a general move toward economic nationalism will have a moderate or significant impact on their companies’ R&D efforts in light of heated nationalistic and protectionist rhetoric in the U.S. and worldwide.

“Economic nationalism is motivated by a range of intentions, many of which continue to be hotly debated,” according to the Strategy& announcement. “But there is an unintended consequence that has received less attention to date: As many politicians and policymakers in the world’s major economic powers look inward, the world of innovation has been thrown into uncertainty.”

Now in its 12th year, the study analyzes spending at the world's 1000 largest publicly listed corporate research and development spenders as of June 30 of this year.

Across all sectors, worldwide R&D spending among the world’s 1000 largest corporate R&D spenders increased 3.2 percent in 2017 to $702 billion.