Turkey: Assad can be part of transition in Syria

By Ayse Wieting, The Associated Press 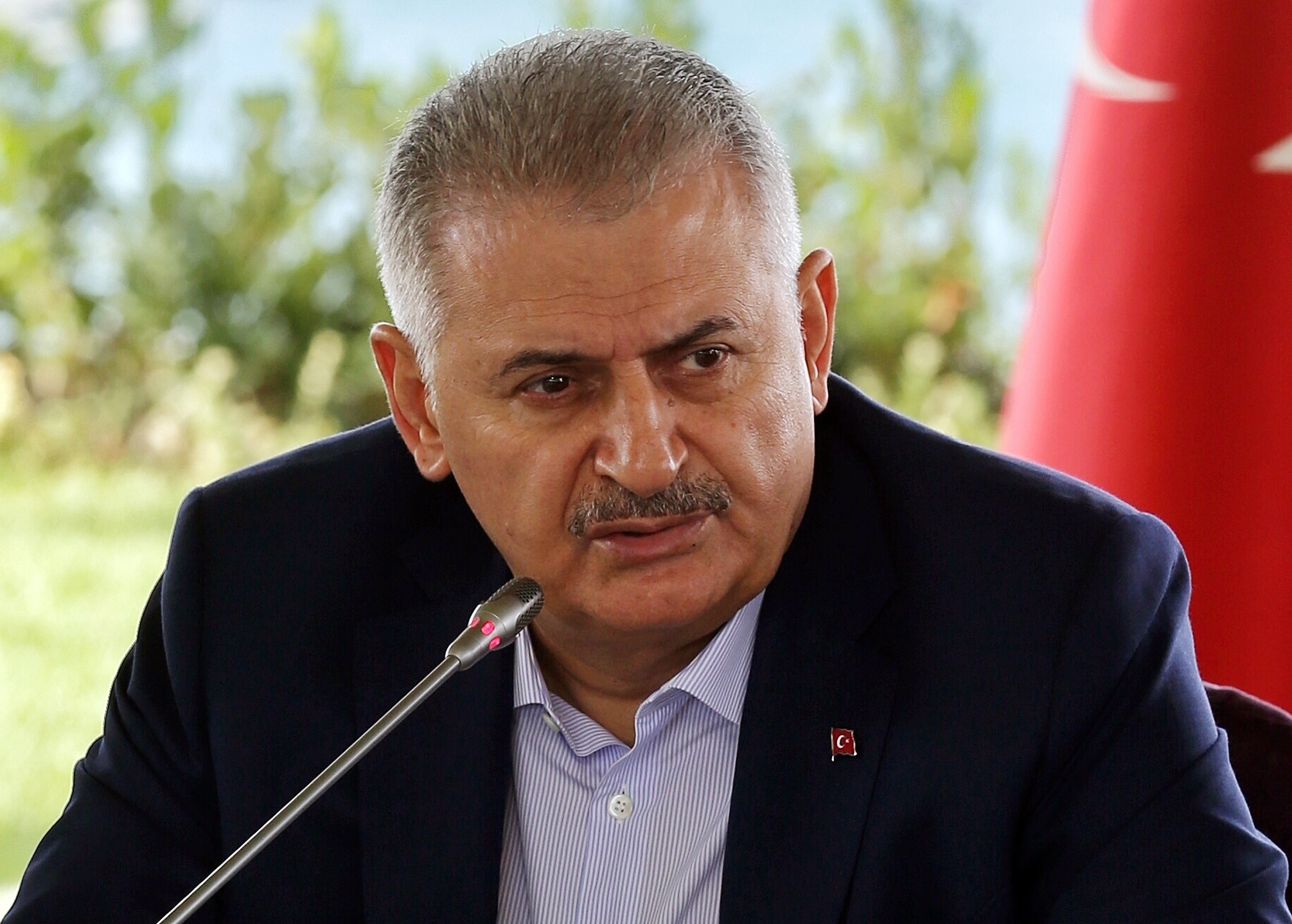 Turkish Prime Minister Binali Yildirim speaks during an Aug. 20, 2016, meeting with foreign media representatives in Istanbul. Yildirim said his country is willing to accept a role for Syrian President Bashar Assad during a transitional period in Syria.
Photo Credit: null

ISTANBUL — Turkish Prime Minister Binali Yildirim said Saturday his country is willing to accept a role for Syrian President Bashar Assad during a transitional period but insisted he has no place in Syria's future.

The comments came after Assad's forces began attacking Kurdish positions this week, leading some Kurdish officials to speculate that a Syrian-Turkish rapprochement was underway at the expense of Kurdish autonomy in northern Syria.

"There will be concessions on the Kurdish question," said Nasser Haj Mansour, an adviser to the predominantly Kurdish Syrian Democratic Forces, which expelled the Islamic State group from their northern Syrian stronghold of Manbij this month. "I do not know where this will lead."

Turkey is one of the main supporters of rebels fighting to overthrow Assad, and hosts more than 2.7 million Syrian refugees. But Istanbul is concerned about the growing power of U.S.-backed Syrian Kurdish forces across the border and opposes any moves toward Kurdish autonomy or independence. The Syrian government, too, has grown uneasy with the Kurdish forces in the north, who enjoy close relations with the U.S. government, an open antagonist of Syria's Assad.

Damascus has largely refrained from attacking its homegrown Kurdish forces, which have successfully defeated the Islamic State group in multiple battles while expanding their own autonomous footprint.

However on Friday, the Syrian military's General Command released a statement referring to the Kurdish Asayesh internal police force as the "military wing of the Kurdistan Workers Party (PKK)."

The military's statement appeared to be a concession to the Turkish government, which is battling its own Kurdish insurgency in the southeast and has long pressed the Syrian government to label the Syrian Kurdish political movement as an extension of Turkey's outlawed PKK.

Speaking to foreign media representatives in Istanbul, Yildirim said Turkey would aim to become more of a regional player with regard to Syria in the next six months.

"Could Syria carry Assad in the long-term? Certainly not," Yildirim said. "The United States knows and Russia knows that Assad does not appear to be someone who can bring (the people) together."

"There may be talks (with Assad) for the transition. A transition may be facilitated. But we believe that there should be no (Kurdish rebels), Daesh or Assad in Syria's future," he said, using an Arabic acronym for the Islamic State group.

"In the six months ahead of us, we shall be playing a more active role," Yildirim said. "It means not allowing Syria to be divided along ethnic lines ... ensuring that its government is not based on ethnic (divisions)."

Fighting erupted between the Kurdish Asayesh forces and the Syrian military this week over control of the northern city of Hasakeh, with Syrian warplanes raiding Kurdish positions inside the city, a first for the five-year-long Syrian war.

U.S. Navy Capt. Jeff Davis said Friday the U.S. would do what was needed to protect coalition forces.

"The Syrian regime would be well advised not to do things that would place them at risk," he said.

Mansour said Syria's Kurdish forces have not received any official protection guarantees from the U.S. government. However, the U.S. is known to use three air strips in the predominantly Kurdish northern Syrian territory, while a top U.S. general, Joseph Votel, commander of U.S. Central Command, visited Kurdish forces there in May.

Fighting continued in Hasakeh Saturday with Kurdish forces attempting to push the Syrian government's National Defense Forces militia out of the city's center. The Britain-based Syrian Observatory for Human Rights monitoring group reported 26 people had been killed in the fighting, among them 10 children and four women.

What makes the Switchblade drone lethal in Ukraine?